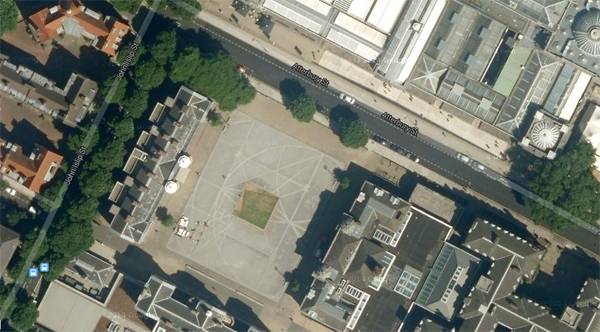 Its location and size make it a perfect space for hosting events, exhibitions, and gatherings, from the final show of London Fashion Week in September 2009 to the Nokia Siemens Networks Roadshow. However, it could never achieve that sort of popularity if it weren’t for its very special design by Planet Earth. This outdoor space’s refurbishment was awarded the Commendation Award in Best Design Under One Hectare category at this year’s Landscape Institute Awards. The project was made possible thanks to the donation of £1.5 million from the Rootstein Hopkins Foundation. The Design 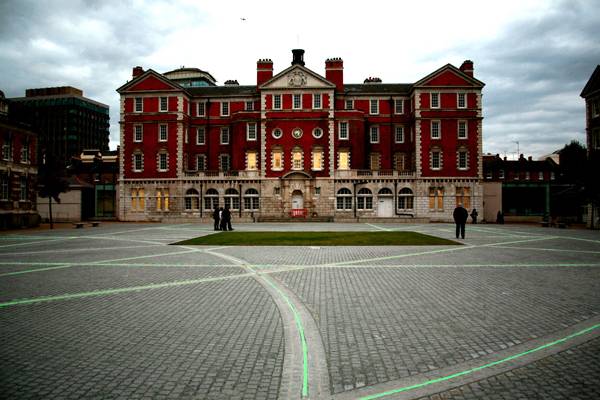 Parade Ground in the day. Photo by Nathan Willock

Planet Earth designers focused on creating a space that would serve as an outdoor gallery, meeting place, and area suitable for various events. To allow for all those functions, they made it as flexible as possible. The furniture inside the square is kept to minimum, limited only to some simple benches and trees on the perimeter. The interior of the space is broken only by a small square lawn in the middle and recessed light strips adorning the otherwise gray granite paving. The Parade Ground also featured in our hit article Top 10 Imaginative Squares. 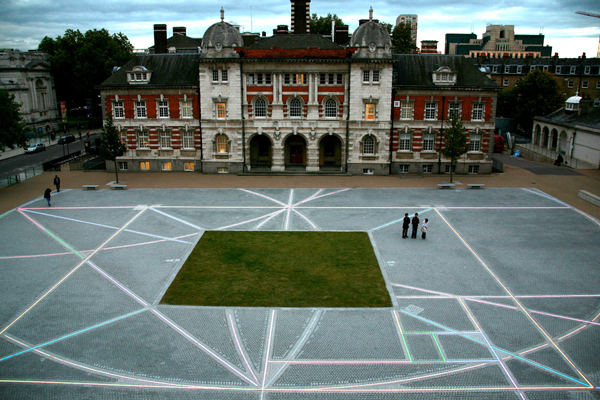 Full view of the design with minimal fixtures. Photo by Nathan Willock 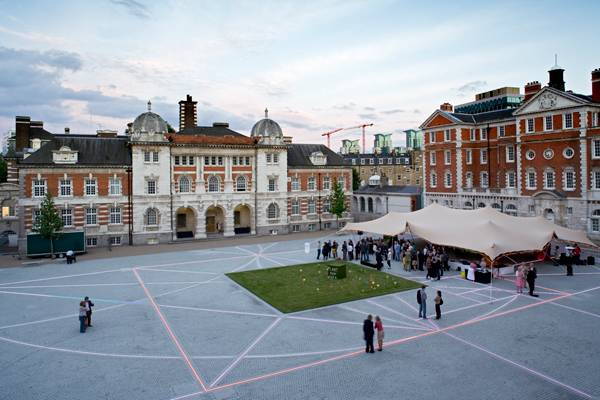 The Lighting Scheme The LED lights are laid out on the basis of the Fibonacci Spiral, or Golden Spiral, and they change color, creating a very special atmosphere at night. In addition to the LEDs, there are four full-height lighting columns on each corner of the square. The space is fitted with power, water and anchor fixing points, which makes it even more suitable as an outdoor gallery or exhibition area. The Parade Ground also featured in our hit article Top 10 Imaginative Squares. The lighting in this project really shows how a space can be multi layered to the point of creating a whole new space and atmosphere whereby the Parade Ground literally transforms itself from an everyday square to a lit up and exciting hub of activity, showing the psychological impact a lighting scheme has on our minds and senses. 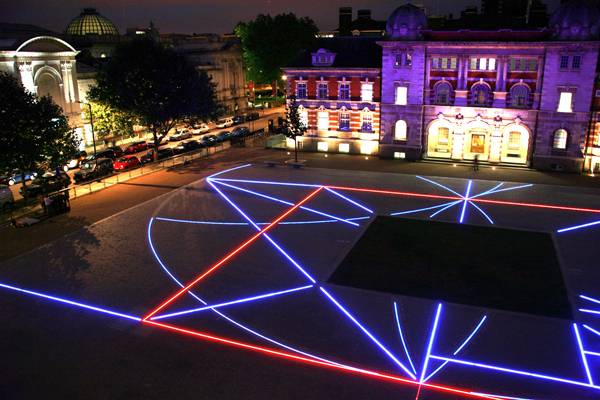 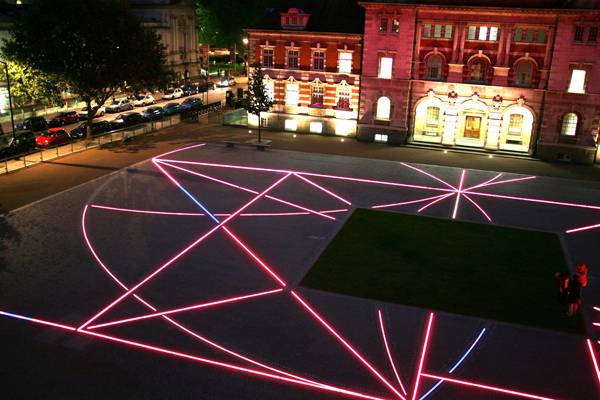 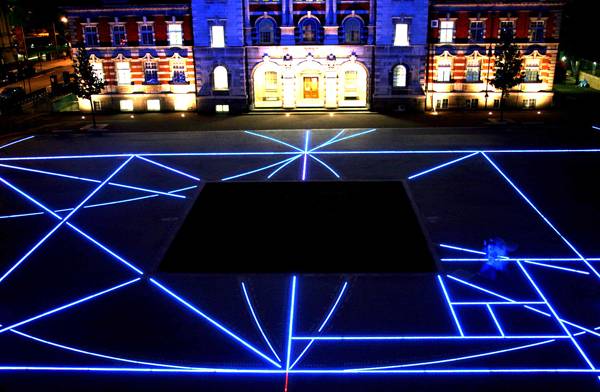 Does it work? The design is simple and functional, even minimalist, yet — thanks to the colorful lines of the light strips – unique. Its functionality and its neighbourhood allow it to be used in multiple different ways, which makes it irreplaceable in a crowded, busy city such as London. It must be said, however, that the square looks much better in the evening, when the lights are on, than during the day, when the gray paving and the pale lines of the lights strips make it look a bit like a basketball court. During a rainy day, the space might feel a bit cold and unwelcoming, especially due to its lack of color and its vastness. 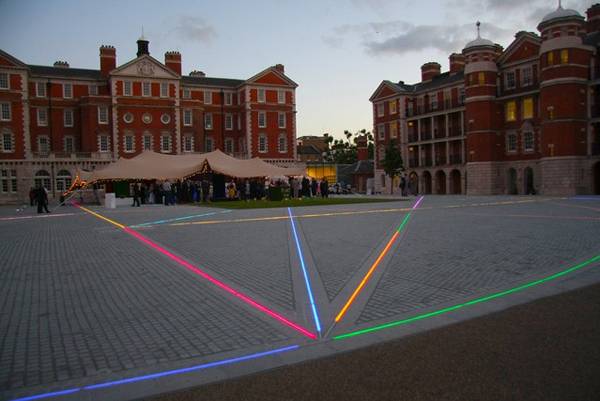 The lights come on on as activity increases. Photo by Nathan Willock

The advantages of this square definitely outweigh its faults; it succeeds in making this area of London more alive and in engaging the citizens in cultural activities – therefore, it fulfils its goal. It is a great example of the outdoor space designed with functionality in mind. The designers resisted the temptation to add more elements to the interior of the square, which could enhance the aesthetics, but would certainly limit the functionality by cluttering this big, open space. They managed to create the perfect blank canvas for any event one might think of – and this is very rare and definitely deserving of praise! You may also be interested in: Lighting Solutions – World’s tiniest recessed LED luminaire – 1PUCK LP by MINIMIS Article written by Marta Ratajszczak Published in Blog