While reading through the March 2013 issue of Landscape Architecture Magazine and came across an article about Xiaoxuan Lu, student at the Harvard Graduate School of Design trying to make a true difference with her profession.

During the Vietnam War, a large number of bombs dropped over Laos never exploded and are still buried underground and very much explosive if disturbed. Since the war, only 1% of the land has been cleared as safe. Laos also has another secret, gold deposits. Lu traveled to Laos looking for a thesis topic and came across this proposal: Gold mining companies work with local farmers to rid the land of the buried bombs. This proposal received much praise, along with the 2012 ASLA Student Award of Excellence. 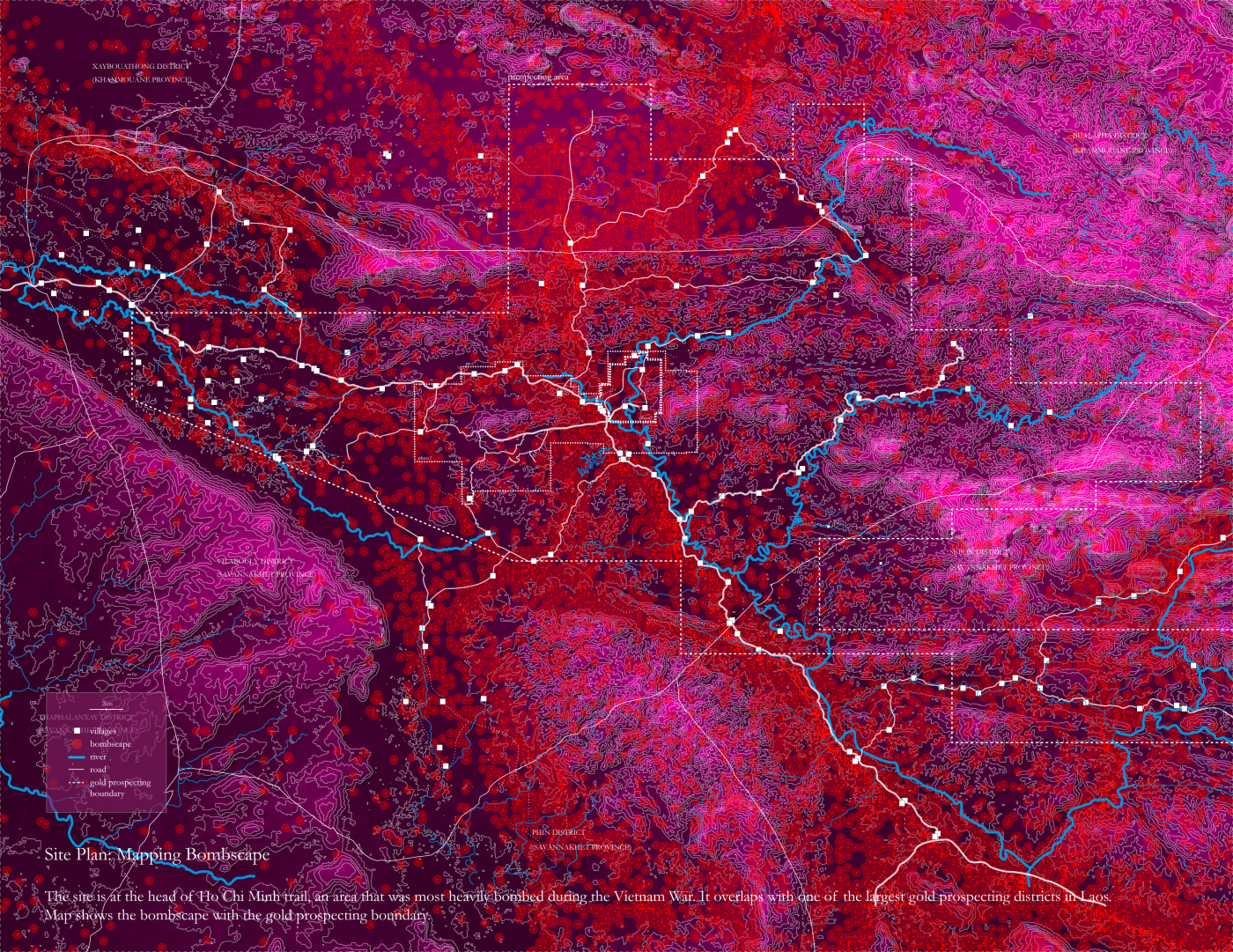 This map shows the bombs on the Ho Chi Minh trail during the Vietnam War overlapped with one of the gold mining districts. (Photo by: Xiaoxuan Lu)

In her research she visited MAG (Mines Advisory Group) where she learned how to clear land for use and that farmers were still growing rice on land with live bombs because they had no other choice. It would take thousands of years to clear all the land littered with bombs.

“…All Problems are Solved by Good Design” -Stephen Gardiner

The farmers would clear a small area of land using slash and burn techniques and use that land for one year. (Current regulation states only the top 25 cm needs to be cleared for farming purposes) Then the team to demine the area (funded by the gold companies) would come in and start clearing. If gold was found, they would mine it out on a small scale, as opposed to the large scale as they do now. Once the gold has been mined, you now have a small plot of land that has been cleared of mines. This small area of land could be filled with water for aquaculture or used as terraced farming. 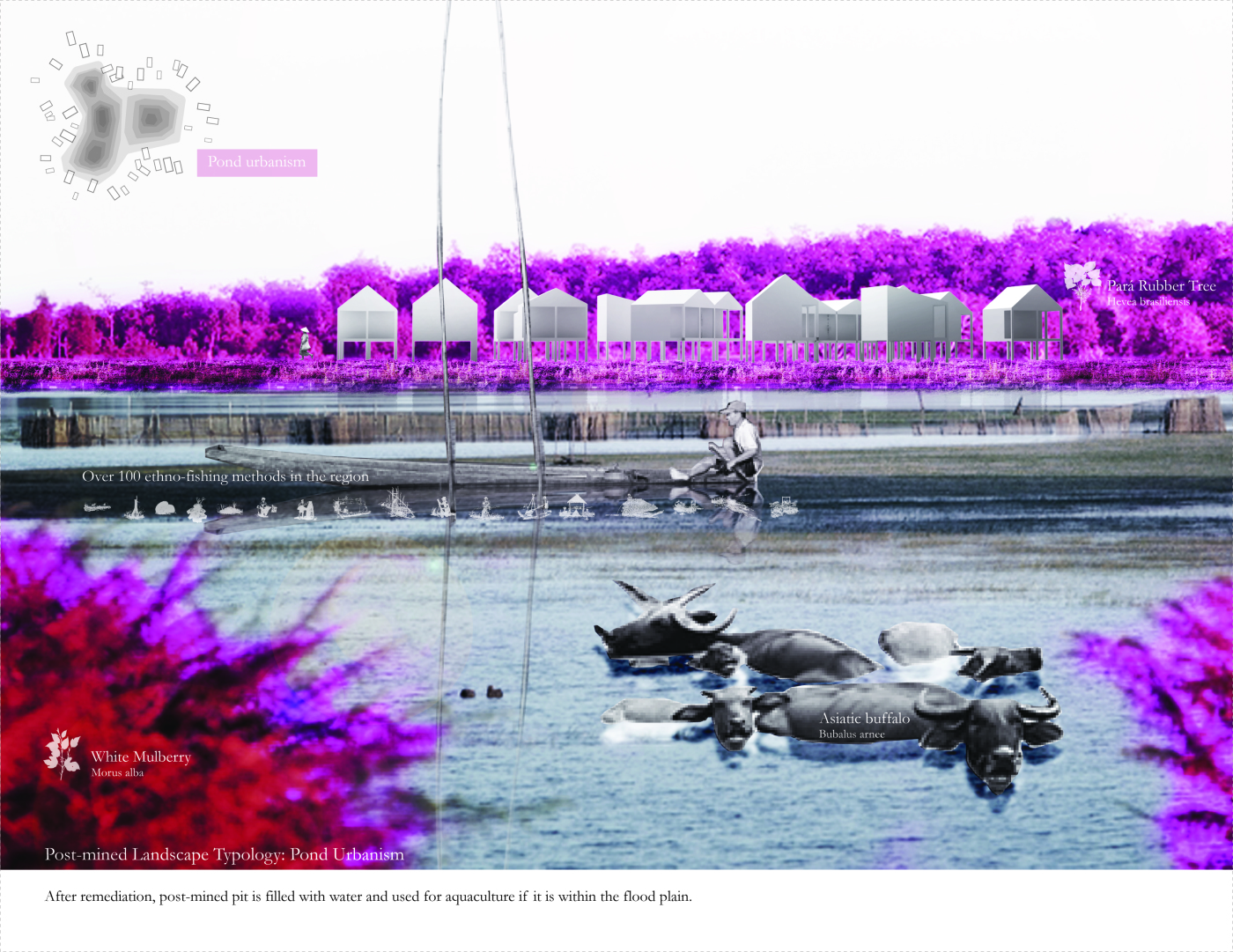 After the land has been mined, water will fill the mined areas for aquaculture. (Photo by: Xiaoxuan Lu)

As of right now, no measures have been taken to put this plan into action. She has received a lot of interest from humanitarian groups and would love to see Laos put her thesis into action!

So Much More to Landscape Architecture!

Who knew that landscape architecture would be so instrumental in solving such a huge problem! When it comes to our profession not only do we have the ability to make sites aesthetically beautiful but we have the potential to make a true difference in the world.  Lu has truly made an impact in Laos with this idea. Not only is it safety issue for the residences but it also can boost the economy with the gold mining and farming.  It makes you a little inspired to make a difference in your community!

What have you done?

With this year being ASLA’s Year of Public Awareness, Lu definitely has made us aware of the issues in Laos with a great solution. On a smaller scale what are some ideas that could bring public awareness in to your community? Is it a small community garden in an inner city school? Designing a memorial garden for a loved one? Bringing green space to a downtown area in need of redevelopment? Any small step can really make a difference to someone in your community and you may never know it.