Doing things of quality counts, doing things of quality fast is even better! This top 10 is a great example of how small but clever changes have been made to underused, misused or  simply dull sites in a short amount of time. Rapid Landscape Architecture is all about thinking on your feet: how fast can you come up with solutions to a poor site? From 72 Hour Urban Action to the likes of a Pop Up Beer Garden, these guys are successfully starting a new revolution of challenging advancements. 10. Pop Up Beer Garden by Groundswell Design Group 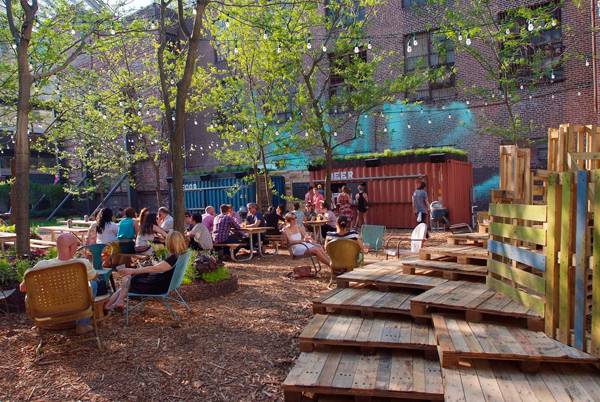 There is something about food and drink bringing people together. Here is an example that involves a bit of intervention and well…booze! The vacant lot in Philadelphia was previously used for a trapeze artist exhibition and was also a parking lot. With only two weeks of installation is now a playful green oasis with wooden terraces, benches, shaded trees and pretty lights. What is great about this  example is that it can fit in anywhere, in any city and neighborhood.  9. Czech Green Market Stalls: Edit! Architects 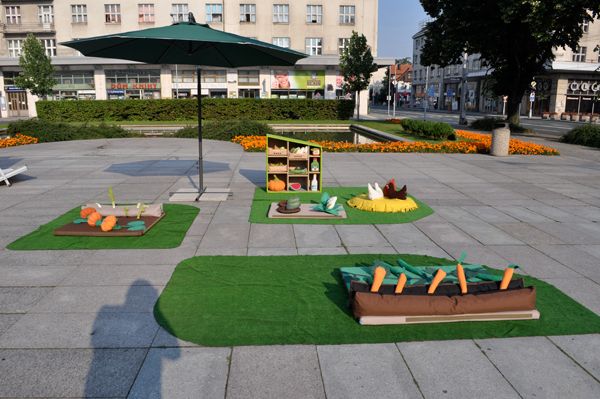 Looking somewhat like a life size origami, this v-shaped retractable market stall is another example of an intervention that can be added to any place to add color and function! With storage shelves and compartments made out of wooden crates and a door that doubles up as a chalkboard, the stalls are sure to spark interest and pull people into the space. What’s more, allows for community involvement and supports local produce. 8. Urban Realities 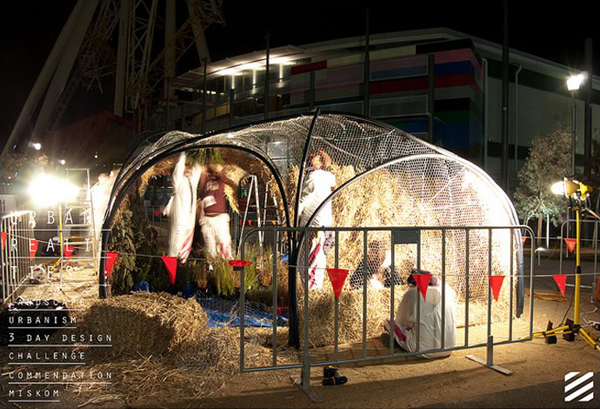 The 3-Day Design Challenge in Melbourne consisted of 10 teams competing by designing and constructing a site in response to a specific brief. With Melbourne’s docklands as their workshop and living space for three whole days and armed with $2500 and their wits, they transformed Melbourne’s Docklands district with a series of temporary urban interventions. The winning teams were awarded prize money and recognition of their project throughout Melbourne. 7. A Street corner Serenade by NY City Department of Transportation This is yet another successful case in Brooklyn. Situated at New Lots Avenue, a parking lot at a nasty intersection used to be filled with prostitutes and drug dealers. In May 2013, with joint efforts between local merchants and community leaders, they looked towards New York City Department of Transportation to turn this traffic triangle into a pedestrian plaza. All it took was bringing in potted trees, seating and a bit of color, now the area is safe and used by all. See the images here  6. 72 Hour Urban Action 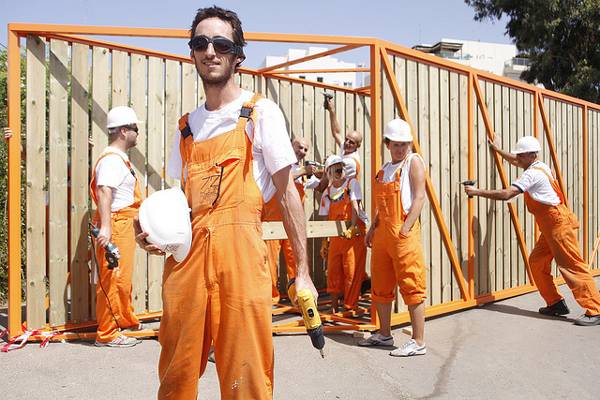 As featured at LandArchs, the ongoing architecture competition aims to design and build projects in a public space within the time limit of 3 days and 3 nights! They’re all about having fun and creating international team collaborations to assist local needs.  So far they have created designs for  cities in Israel, Germany, Italy, Northern Ireland as well as taking part in Roskilde Festival in Denmark! As they have explained in their short video: “Making changes in a city in 72 hours is totally possible. Everyone should go for it!” 5. Kitchain Focusing on the ritual of cooking and eating as the motivator of socializing and exchanging ideas in public spaces, Kitchain acts not only as a cooking modular but also as a temporary installation that creates an inviting feel to a site! With infinite possibilities to the concept of a space, activities take place in and around Kitchain- what an interesting way to creatively connect people with a site. See the images here  4. DIY Pallet of Materials by Atenistas This cute little example has a well-deserved spot in out top ten because it is all about transforming a derelict void into a functional public space. It is amazing what a bit of artwork can achieve, as shown in the colorful walls of this transformed site. It is even more amazing to see a bunch of normal everyday objects combined together to create a public bench that adds functionality as well as interest. 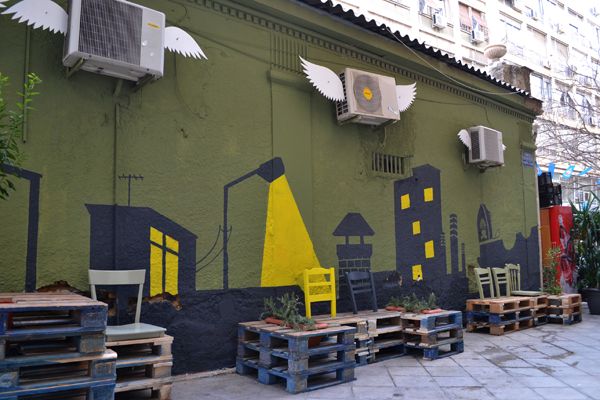 3. PARK(ing) Day This is an annual worldwide event that is a truly unique idea in place making. The first of its kind was back in 2005 when a layer of sod, a bench and a tree were placed in the spot of one of San Francisco’s single metered parking spaces to create a ‘PARK’ for exactly two hours. Now it has stretched to a world wide event and in some places, it has even turned into a PARK(ing) week or a (PARK)ing Lot! The next PARK(ing) Day of 2014 is on Friday, September 19th– maybe you can also get involved? 2. PlayMo by City Leaks PlayMo urban intervention, termed as “a playground for urban dwellers,” reaches another height of wit and creativity.  Made from three different colors of milk crates, people are able to build stairs, stack up seats and make a little socializing hub for themselves in a “left-over” alleyway of Melbourne. Since its creation, the encouraging structure had dwellers leave their plants, toys, pillows and art works. They have even used one of the crates as a garbage bin that they maintain. See the image here. 1.The Ugly Indian The Ugly Indian has a mission- and it’s to change the filthy streetscapes of India into spaces that they can be proud of. With quick and easy installations, their stories of success include transforming filthy footpaths, open dumps, cigarette litter, death traps and urination spots. This is an inspiring and motivating movement that should have more support. The Ugly Indian teaches us all that it is up to us to change our attitudes, “a rooted cultural behavior,” not the boundaries of “money, know-how or systems” to make changes to our spaces, and uphold civic standards. We hope you enjoyed this creative top ten. It’s great to see people still pushing the limits of design and coming up with a new set of challenges whether it be 3-day competitions, taking the initiative to change little niches of your own city or using creative inventions to literally draw people into an uninviting space. Maybe you might want to get involved in the 72 Hour Urban Action competition, help at the next PARK(ing) Day or support The Ugly Indian.You could even use your own unique creativity to make an impact on our unused urban niches. Whatever it is, keep on pushing the boundaries of creativity. Recommended Reading: