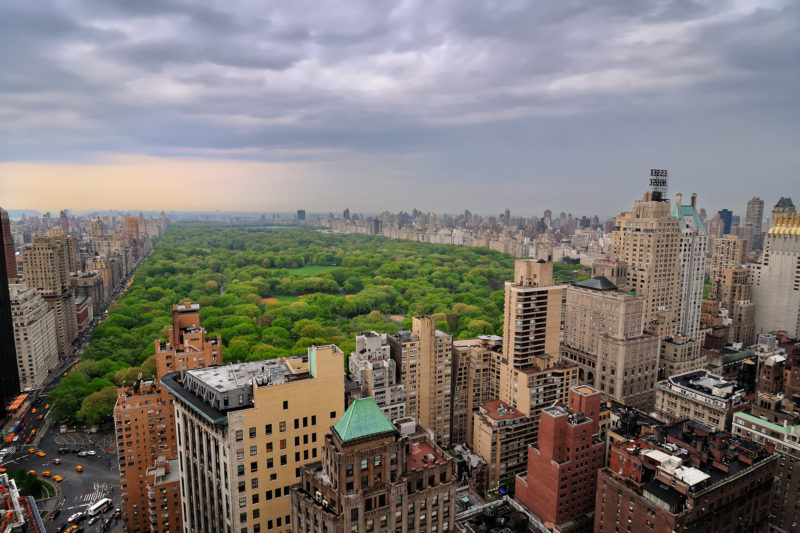 Article by Maria Giovanna Drago We examine how urban parks in the United States have evolved over the last 160 years through a comparison of New York City’s Central Park and Chicago’s Millennium Park. Society has continually changed throughout history, often in reaction to events and novelties. Important time periods, such as industrial revolutions and wars have influenced the way of life and because of these events some people favored living in fast-paced cities while others in the countryside. These progressions can be seen in the layout of cities, particularly the urban parks. Parks allow us to better understand the struggle between nature and the built environment. Even though it seems that more attention is usually given to the expansion of cities, over the centuries urban green infrastructure has not remained static. 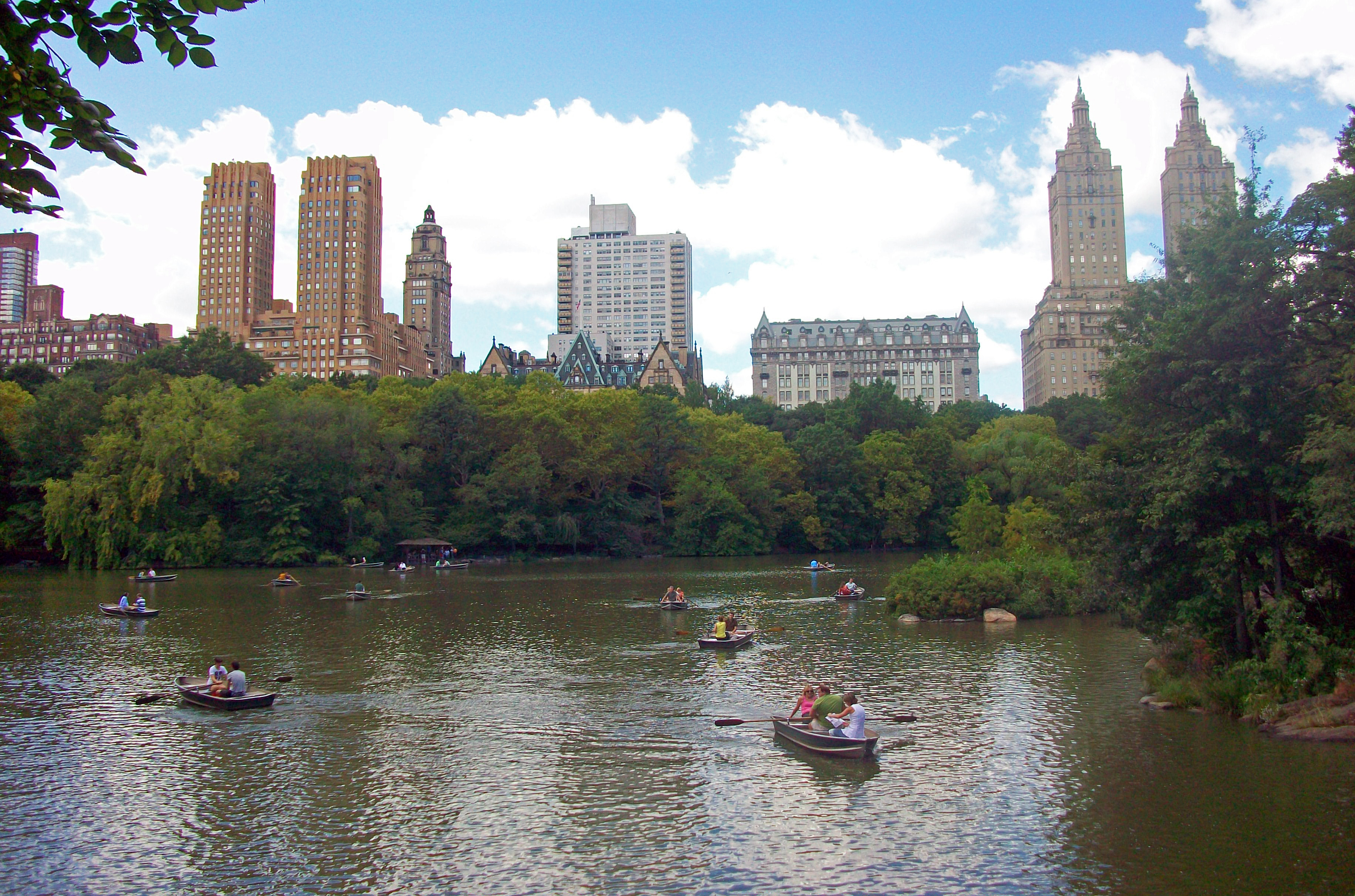 Urban parks have roots as far back as the ancient Persians who used to hunt and breed fish in their private parks, while Greeks famously walked in public gardens and taught philosophy. Parks from past centuries still exist in many western cities, new parks didn’t substitute old parks, and both are successful in unique ways. Dating back to the 19th century, Central Park in New York City is one of the most famous and visited parks in the world. Furthermore, some modern parks are more harmonious with today’s society and show just how much life has changed. This is especially evident when looking at Millennium Park in Chicago, as a comparison to Central Park, which is 147 years older. Dimensions The size of an area demonstrates whether it’s accessible on foot and influences the type of usability. A space can be more usable if it can be walked and visited within an acceptable time, as a result it may include functions not adopted by bigger parks. Millennium Park and Central Park are two examples of large parks as they have an area of 24.5 acres (99,000 square meters) and 843 acres (3.41 square kilometers) respectively. 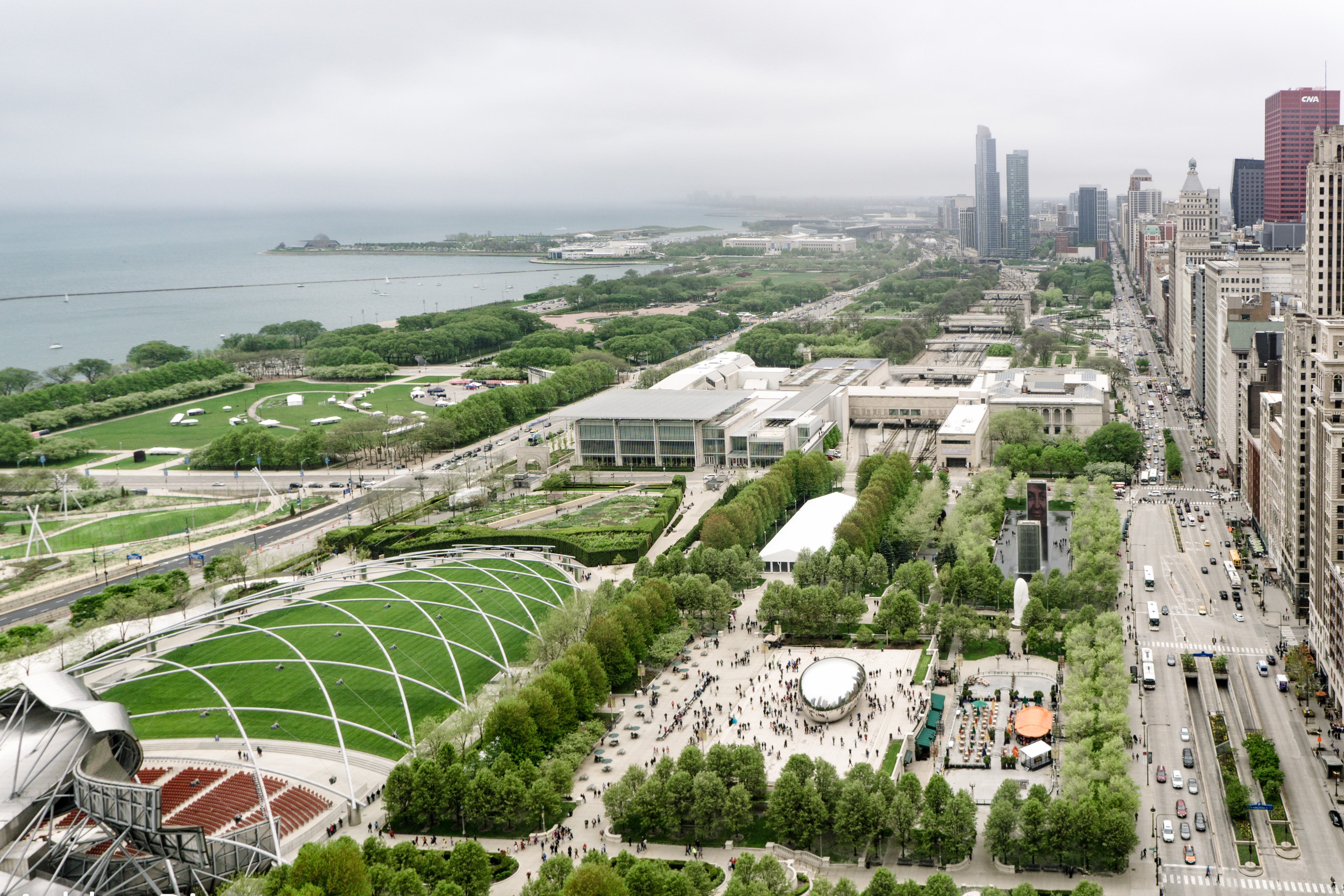 Millennium Park can be walked diagonally from one extremity to the other in about 8 minutes, so citizens and tourists can explore it in less than a couple of hours, which reflects its modern style. Central Park is much larger and it isn’t possible to visit the entire park in a single day on foot. Additionally, it has a more naturalistic landscape and it’s evident as it was planned for a specific use and following a different philosophy. Reasons and Roots Central Park borrows inspiration from the great European parks such as Hyde Park in London and Bois de Boulogne in Paris, where the nobles and the sovereigns used to hunt, attend elite events, and enjoy carriage rides. This park is like a portion of nature embedded into the city with freely arranged trees, shrubs, and wide meadows. Central Park was dedicated in 1857, at a time when the Industrial Revolution had transformed the city. Citizens desired a green space resembling the countryside to relax and breathe fresh air, back then it was even allowed to graze sheep in the park. At the beginning of the 1900s, play fields were added, as well as swimming pools and other amenities.

Millennium Park, dedicated in 2004, was the result of a design for the future of Chicago strongly pursued by then mayor, Richard M. Daley. It’s a tribute to contemporary engineering and architecture. The pavilion was designed by Pritzker Prize winner Frank Gehry. What to Do There are plenty of choices among the main attractions in Millennium Park. The Jay Pritzker Pavilion occupies almost the entire east side with its 4,000 fixed seats and vast lawn, which can accommodate 7,000 people. There is also the Gallery and Wrigley Plaza to the north of the west side, together with the Millennium Monument, which is reminiscent of a Greek portico. In the middle of the central square is Cloud Gate, a sculpture comprised of 110 tons of steel and nicknamed “The Bean” by British artist Anish Kapoor. Finally, another Gallery and Crown Fountain by artist Jaume Plensa are to the south, which promotes physical interaction between the public and the water through its two giant towers. 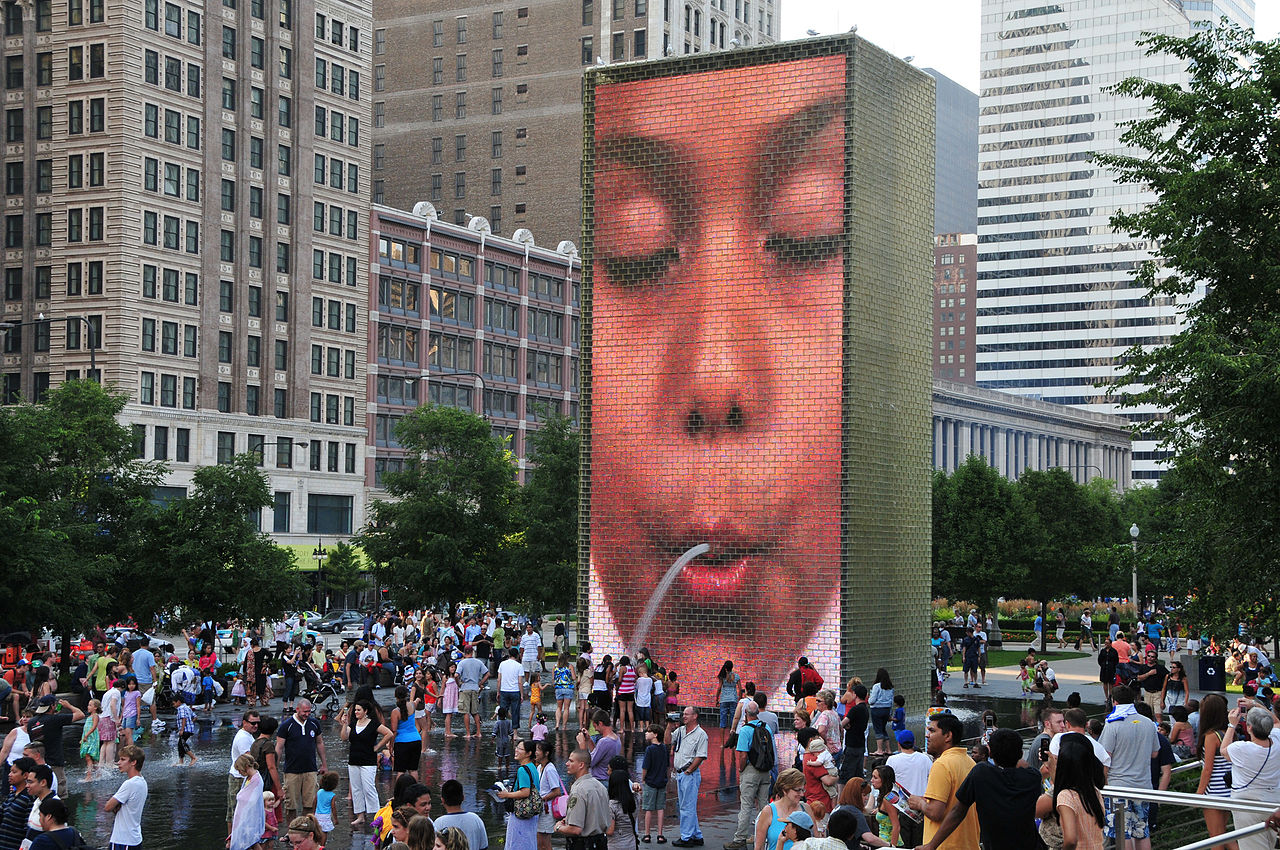 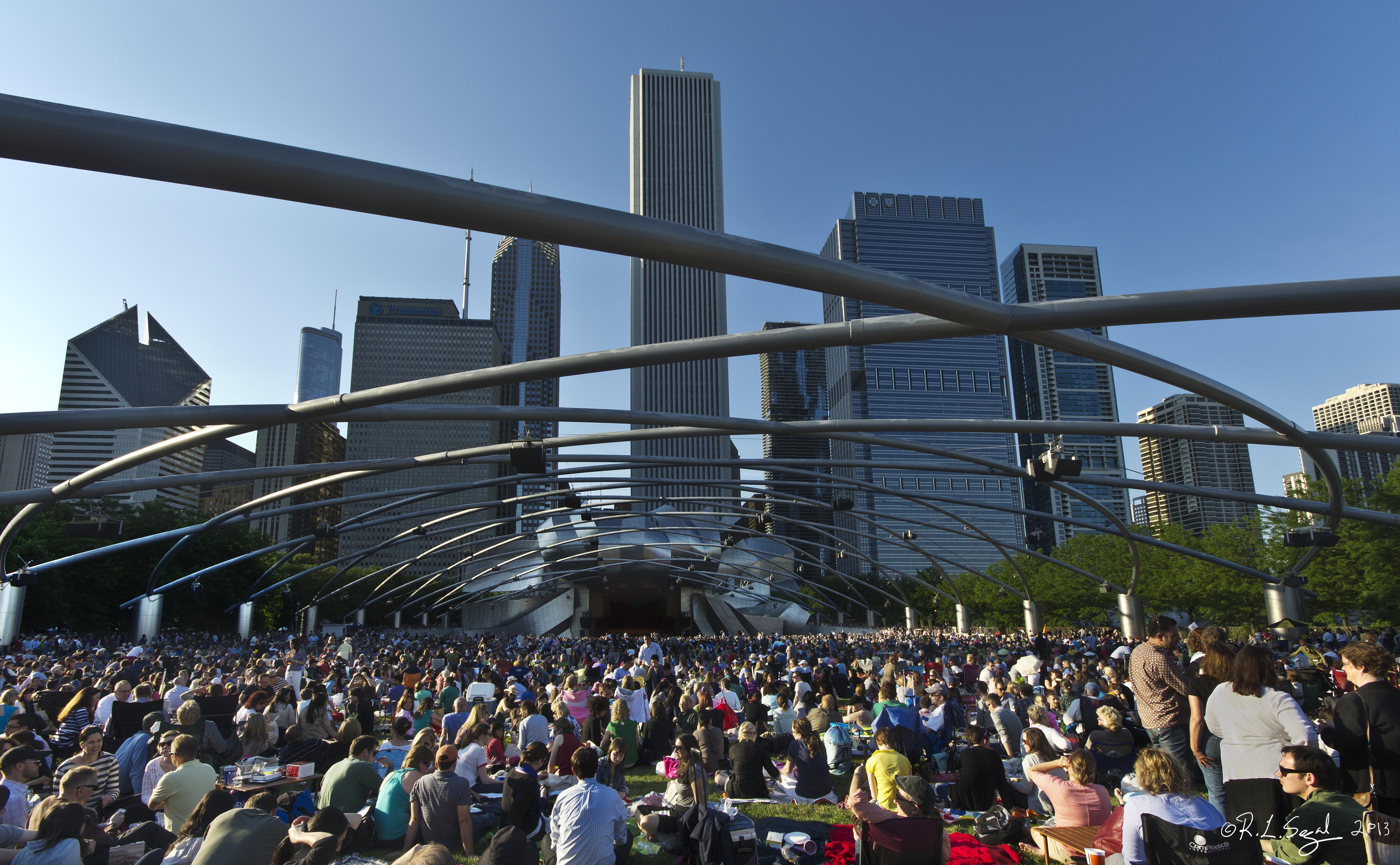 In contrast, Central Park is a paradise for runners and those who enjoy outdoor activities. Golfers can play in big, green meadows and climbers can climb up emerging slate rocks. It’s also possible to play baseball in reserved spaces, skate on ice rinks, or simply wander through the paths and picnic while admiring the Jacqueline Kennedy Onassis Reservoir. Treasures Both parks are flagships to their respective cities. They undoubtedly contribute to the local architectural heritage, one for 160 years and the other for 13 years. Additionally, both parks improve the quality of life for residents and offer valued tourist destinations. Central Park was visited by 60 million people in 2016 and Millennium Park by 25 million. Moreover, both have increased the economic value of the area, especially the adjacent properties. 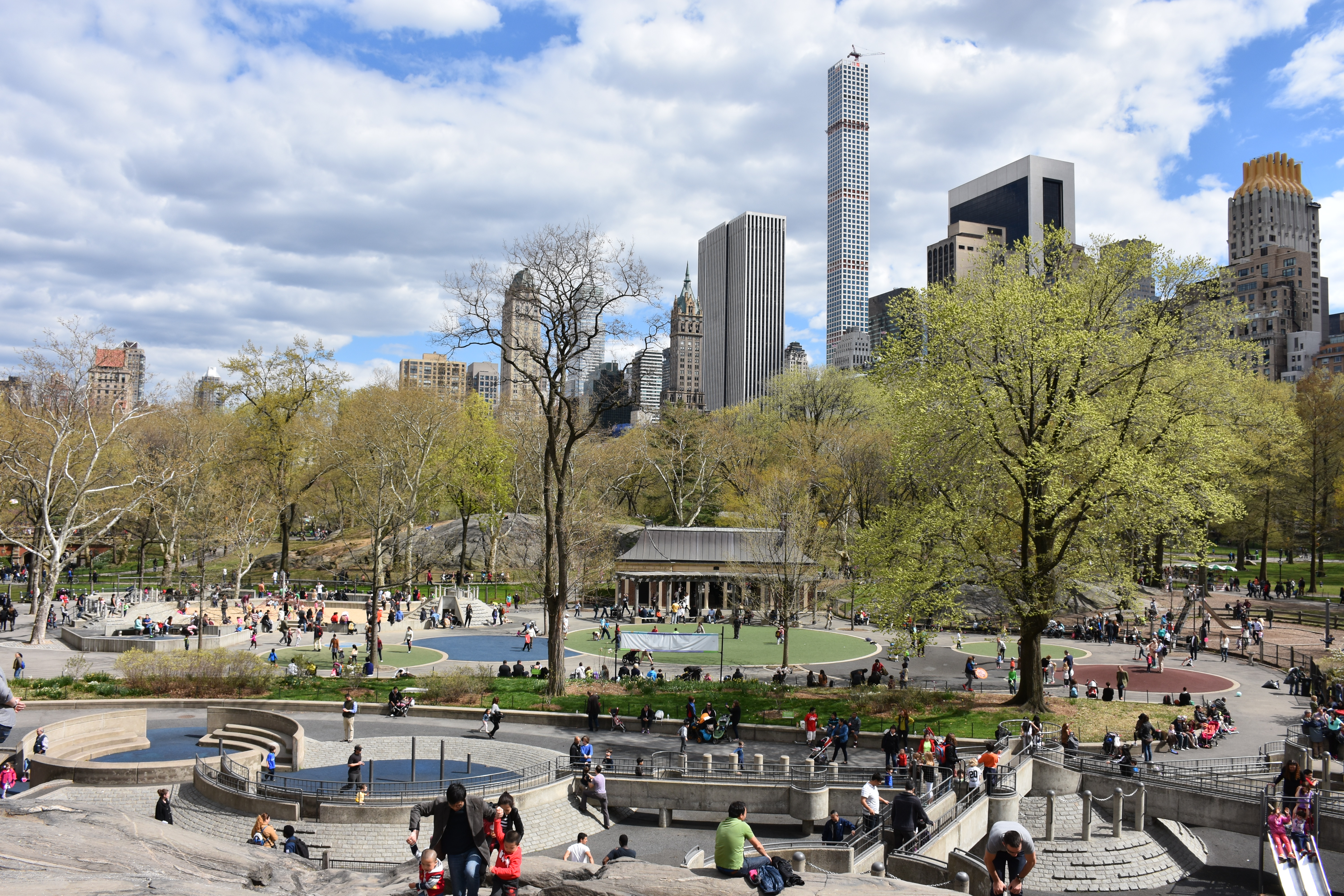 This is not a comparison between ancient and modern. There are plenty of parks with such peculiarities that an encyclopedia wouldn’t be sufficient. It’s rather a comparison of two parks that represent their historical context and an invitation for you to observe and understand the landscapes you visit. If you’re curious about other parks, explore the Australian Garden in Cranbourne, Australia and The Grand Ensemble Park in Alfortville, France. How will the urban park of the future look? Recommended Reading: