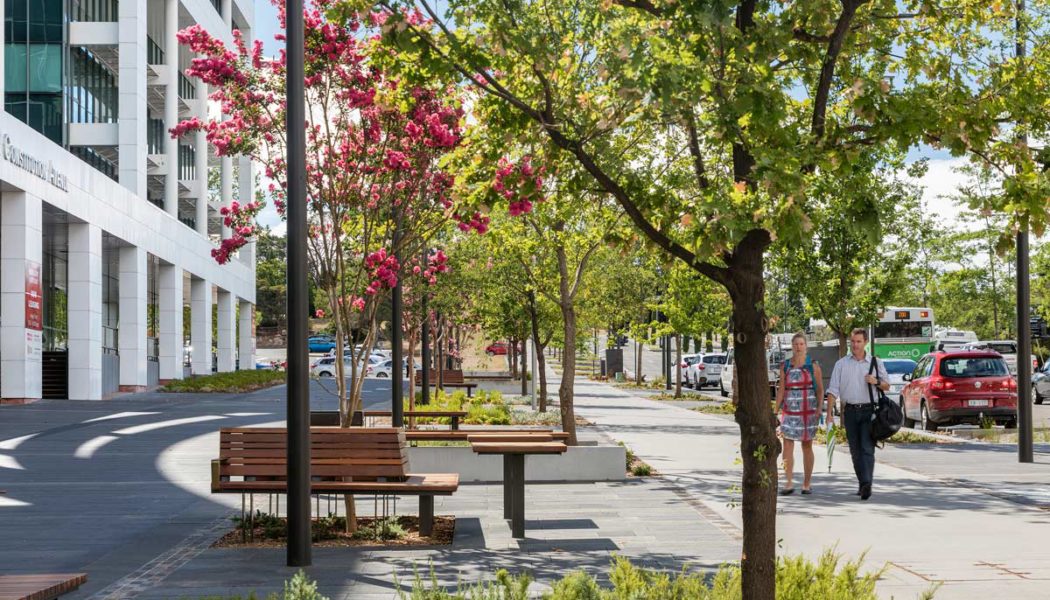 Article by Maria Giovanna Drago Constitution Avenue by Jane Irwin Landscape Architecture along with Hill Thalis Architecture + Urban Projects, and MEC in Canberra, Australia. Constitution Avenue is a key street in Canberra, Australia. In fact, along with Commonwealth and Kings Avenues, it forms the city’s basic geometric design guidelines that developed Canberra in the 1900s. Situated in a lively area, it’s adjacent to residential and commercial buildings, but also recreational and cultural activities. In 2016, Jane Irwin Landscape Architecture completed the renewal project after four years of construction. The renovation brought modernity to this roadside axis, rewriting its role in the city. We can say that Constitution Avenue was influenced by great western avenues like the Champs-Élysé...Read More 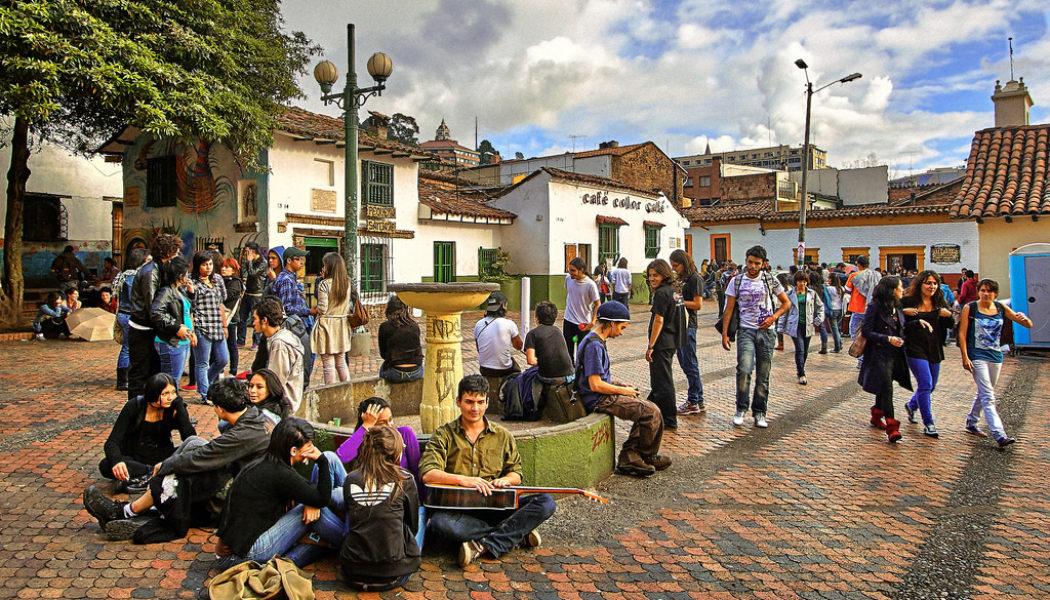 Continuing on with our world series, we have selected 10 projects that represent Colombian design. Colombia is one of the most biodiverse countries in the world with 40,000 to 45,000 plant species, which is 10 to 20 percent of the total global species and holds the top spot for number of bird species—surpassed only by Brazil. The country is home to Rogelio Salmona (1929-2007) a Colombian architect that worked with Le Corbusier for six years at his studio in Paris from 1948 to 1954. Rogelio is among Colombia’s most celebrated modernist architects; he is the author of multiple architectonic and urban landmarks—most of them are found in Bogotá. So, let’s take a look at some known (and some not-so-known) projects in Colombia. 10. Parque Bicentenario (Bicentenario Park), by The Mazzanti Team, B...Read More 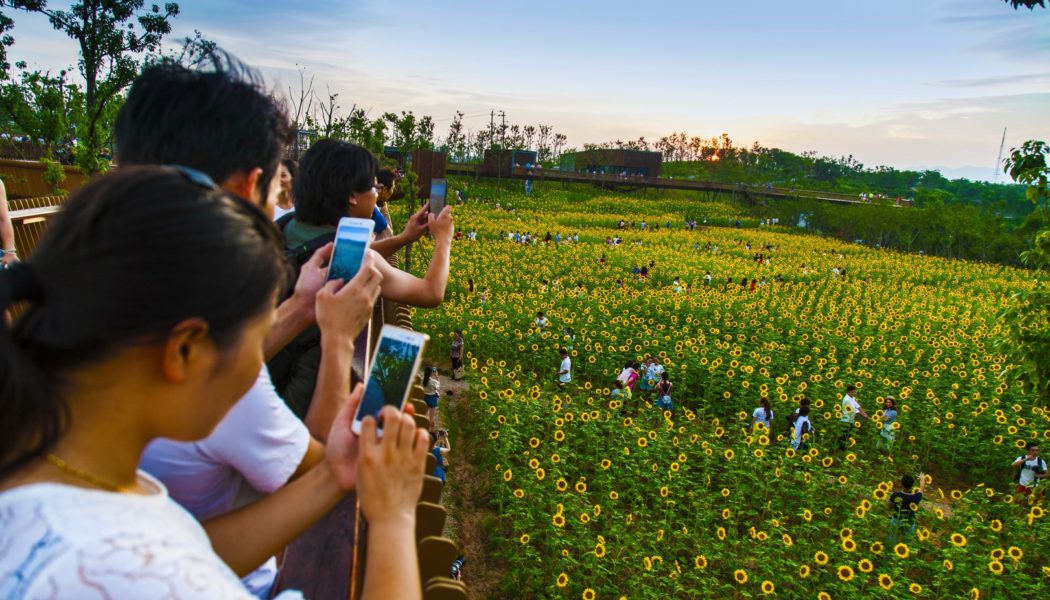 5 of the Smartest Drainage Systems

Article by Maria Giovanna Drago We have selected five of the most interesting drainage solutions to show you how their impact could be implemented in the landscape. Are you planning on designing a park or renovating your home garden? While you may already have knowledge of vegetation, outdoor furniture, paving, and lighting—a troubling issue that many are faced with is an excess of water. If it rains too much a garden or park could quickly become a swamp. Once the soil becomes saturated insects start to proliferate in the water, some of which are bearers of diseases. Additionally, overflow water can make moving through a space difficult as well as damage buildings or other structures. Avoid a Bad Design Do not rely on mediocre designed systems. A poor design decreases property value up to ...Read More 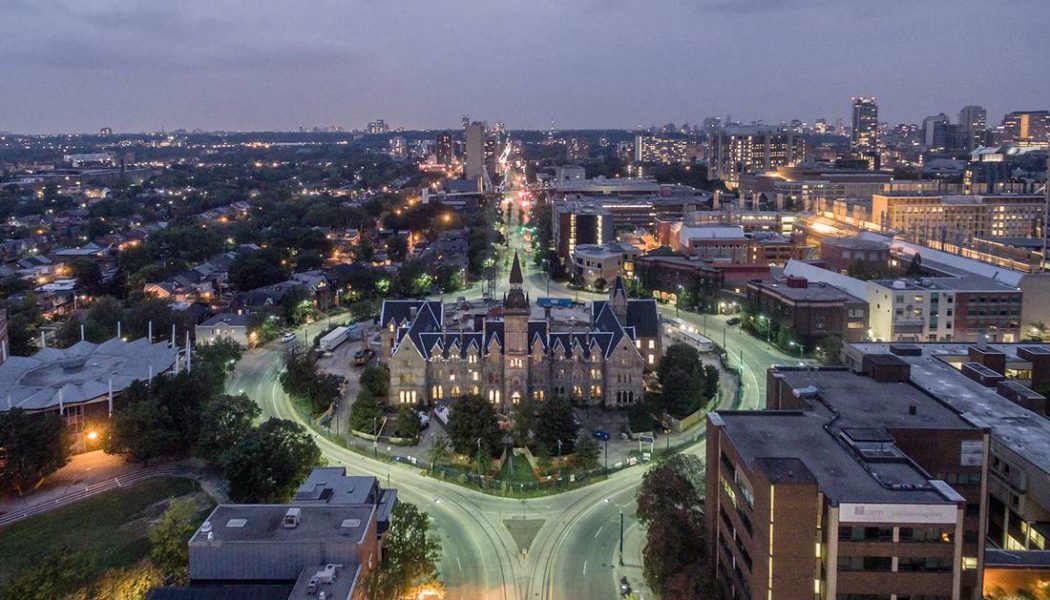 What Lessons Can We Draw from One Spadina Crescent?

Article by Moreira Filho One Spadina Crescent by NADAAA with the leadership of Nader Tehrani and Katie Faulkner along with Adamson Associates, Public Work, and ERA Architects in Toronto, Ontario, Canada.  Located on Spadina Avenue and the north side of College Street in Toronto, this building was constructed in a roundabout that interrupts and divides the avenue. It’s impossible to pass through without seeing it, as it’s a monumental sculpture that seems to grow into the skies as you approach. Built in 1875 to house Knox College – incorporated by the University of Toronto (U of T) 12 years later – it used to harbor a theological seminary, military hospital, various departments of U of T, and a penicillin factory. Rendering this building, and giving it back to Torontonians and worldwide cit...Read More 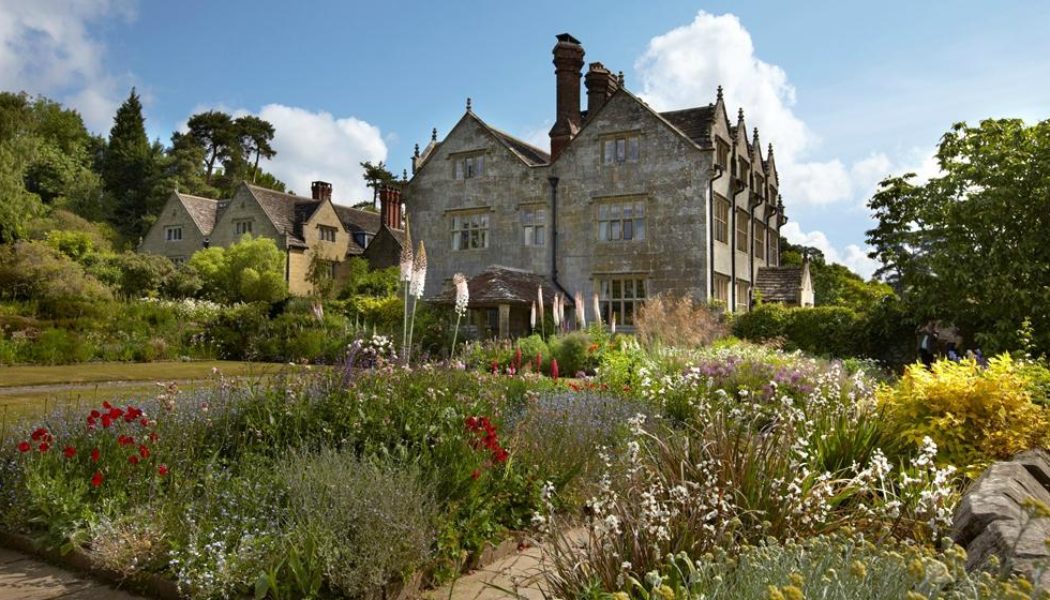 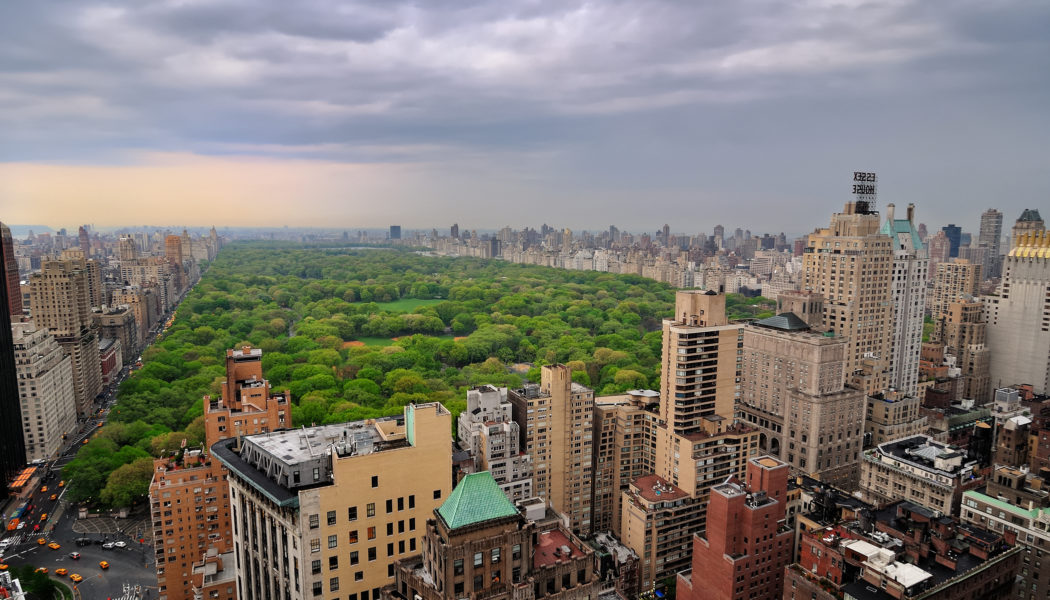 Article by Maria Giovanna Drago We examine how urban parks in the United States have evolved over the last 160 years through a comparison of New York City’s Central Park and Chicago’s Millennium Park. Society has continually changed throughout history, often in reaction to events and novelties. Important time periods, such as industrial revolutions and wars have influenced the way of life and because of these events some people favored living in fast-paced cities while others in the countryside. These progressions can be seen in the layout of cities, particularly the urban parks. Parks allow us to better understand the struggle between nature and the built environment. Even though it seems that more attention is usually given to the expansion of cities, over the centuries urban...Read More 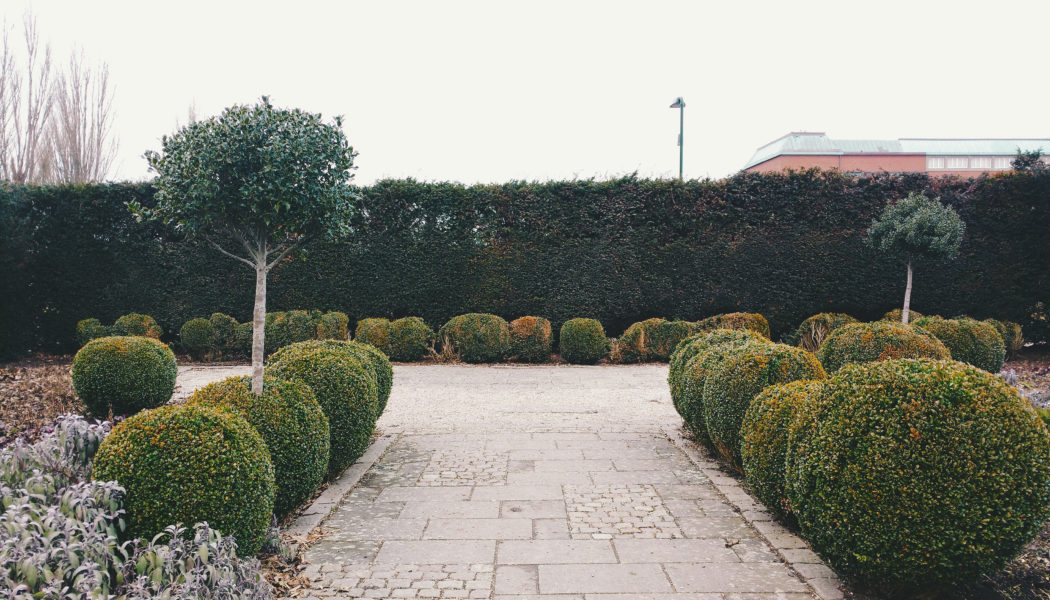 10 Reasons to Go on a Landscape Architecture Exchange

Article by Emily Sinclair Discover why landscape architecture students should embark on a foreign exchange.  There are many clear advantages to participating in an exchange program during your time in university. From learning a new language to experiencing a new culture, becoming a foreign exchange student can change your perspective on the world around you. As landscape architecture students, we all deal with the design of spaces and the surrounding environments in our projects. While we can study theory, and delve into case studies of monumental landscape works, there is no alternative to visiting the space in person. Traveling is always an option, but there are benefits to spending a semester abroad as a landscape architecture student. 10. Exposure to Projects As mentioned above, while...Read More 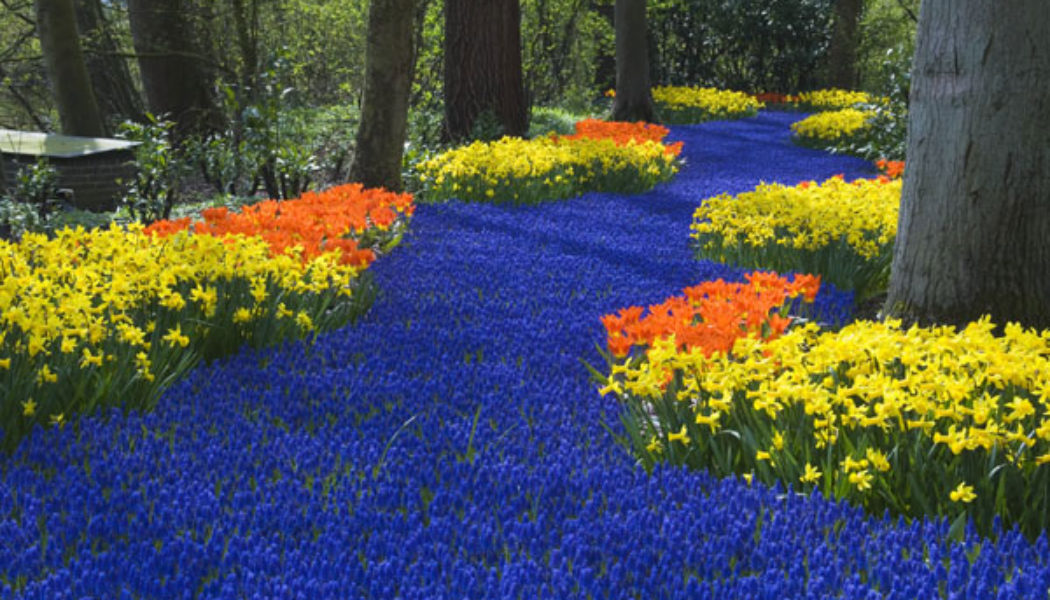 Article by Radenka Kolarov Jardin des Rives by Studio Basta in Amiens, France. Les Hortillonnages d’Amiens is an area that stretches alongside the Somme River. Since Roman times, the land has been hard and unusable so food was cultivated on small islands in the water. In modern times, the food crops were largely lost, leaving many islands unused and without a purpose. The MCA wanted to change this and with the help of Studio Basta organized a festival for art and gardening in this area. Inspired by the ancient Roman islands, still found on the water, Studio Basta built two wooden terraces that include benches combined with native plants arranged in a perfect order of color and composition. History As an Inspiration? There are projects all around the world that have used the history o...Read More 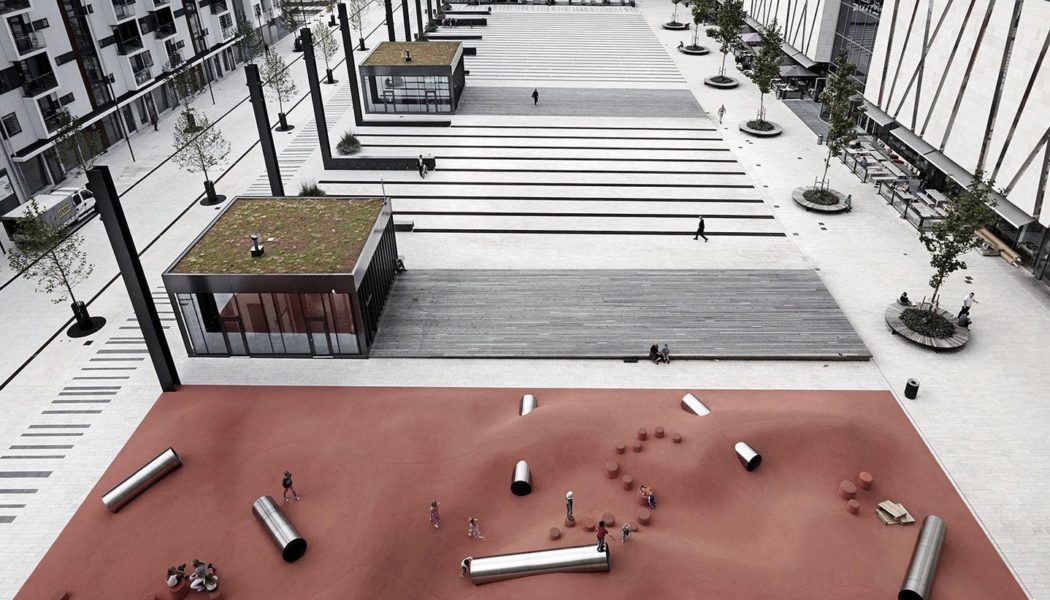 Article by Gwgw Kalligiannaki Täby Torg Square by Polyform Architects in Täby, Sweden. In the 1960s, the City of Täby joined the Swedish “Million Programme” to help solve the housing problems in the city. The project’s goal was to build one million apartments in a short period of time and to provide a roof for all. Although the speedy rebuild was very successful, the town’s appearance was monotonous and lacked public space. Therefore, in the early 2000s, the Municipality of Täby decided it was time to resolve the issue and transform the public, urban life of their citizens. To do this, they selected the parking lot of the city’s main shopping center and converted it into a space to host public events and activities. Danish firm Polyform Architects was commissioned for the design of the New...Read More 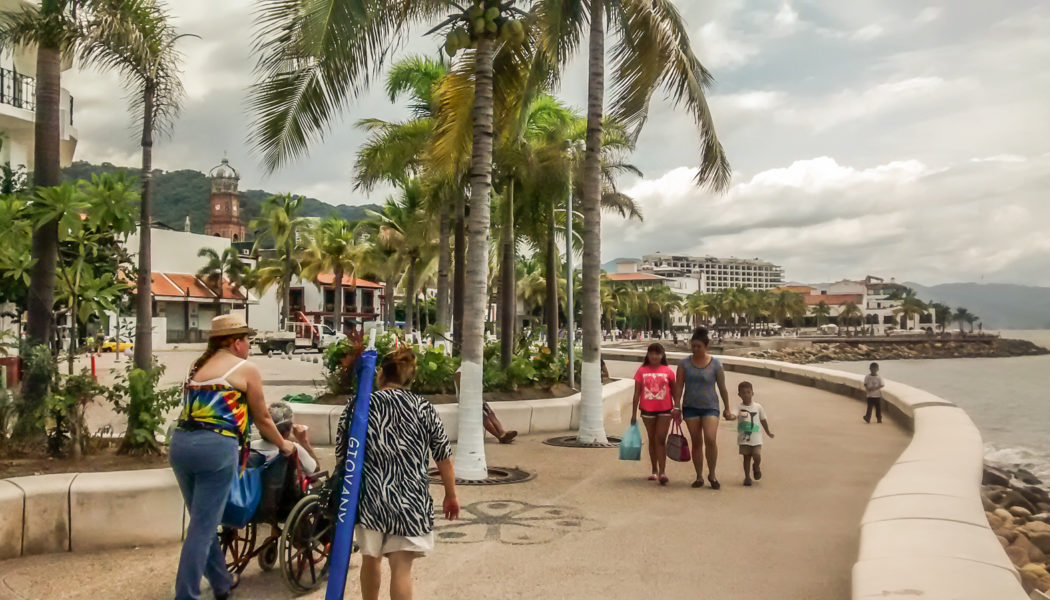 What Roles Can Landscape Architecture Play for Physically Challenged People?

Article by Farah Afza Jurekh In this article we look at the fundamentals of universal design. Universal accessibility is widely considered by landscape architects. However, beyond functional elements such as crosswalks with sound cues, there are very few landscapes that are designed to engage the senses and provide benefits to the visually impaired. Landscape design principles offer an array of opportunities to the people who are visually impaired and physically challenged to ensure their ease in movement and comfort. Visually Impaired People When visually impaired people negotiate with the outside world, their hands and feet become their eyes. They use their feet to acquire surface information and fingers to recognize texture, form, and location. Additionally, the blind rely on other sens...Read More 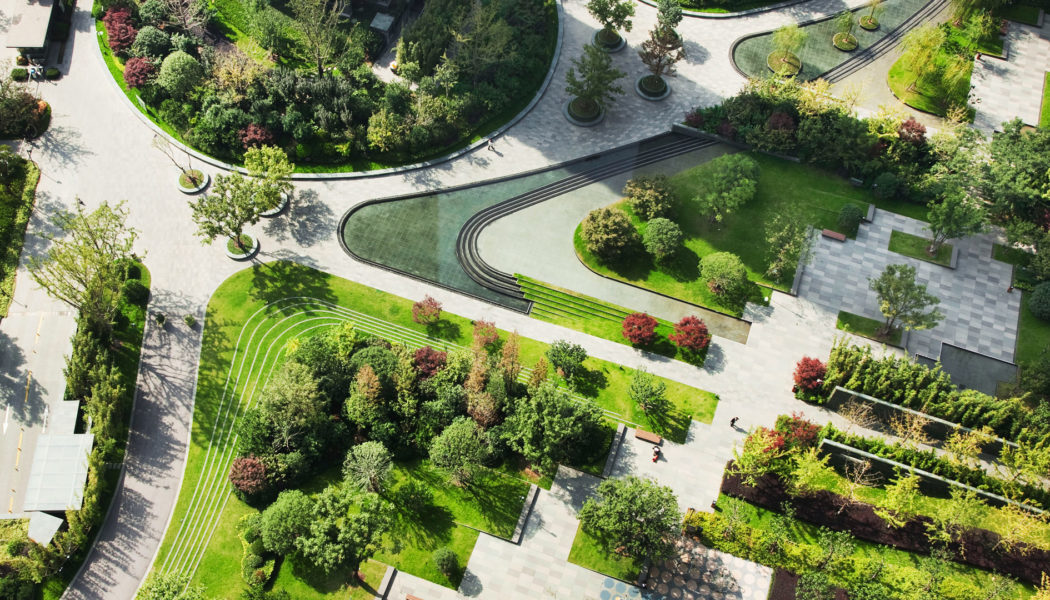 Why Do Some Graduate Landscape Architects Have a Poor Understanding of Planting?

In this article we examine what knowledge young professionals lack about planting that every landscape architect should know. In the pursuit of a landscape architecture degree, students have the opportunity to acquire a wealth of knowledge on planting, but as with other subjects there are some students who take this issue more seriously than others. Very often creating planting plans is reduced to composing different spatial forms due to size, shape, or aesthetic qualities of vegetation. In theory, designers are always able to make a space more attractive to the user by applying appropriate plantings, mainly because most people enjoy colorful combinations of blooming flowers. However, ornamental plantings aren’t the only situation where plants can be used. Treating vegetation as a vital el...Read More