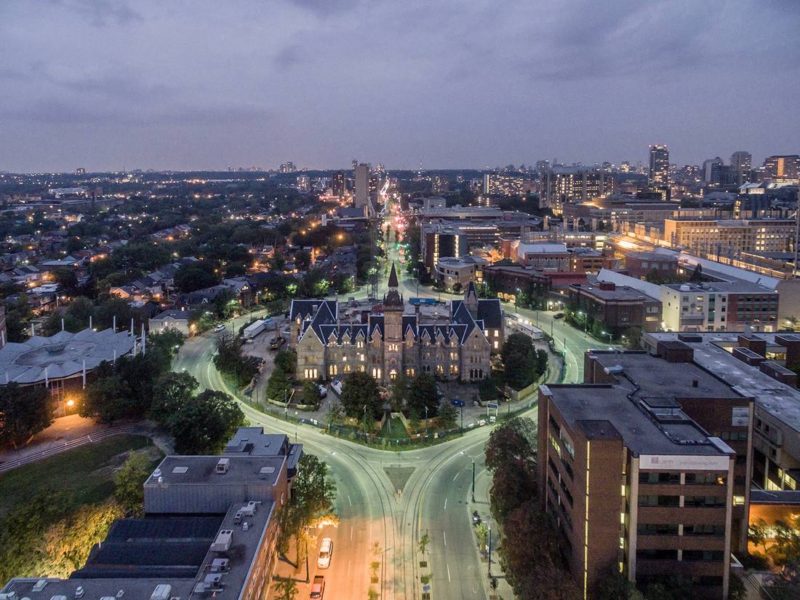 Article by Moreira Filho One Spadina Crescent by NADAAA with the leadership of Nader Tehrani and Katie Faulkner along with Adamson Associates, Public Work, and ERA Architects in Toronto, Ontario, Canada.  Located on Spadina Avenue and the north side of College Street in Toronto, this building was constructed in a roundabout that interrupts and divides the avenue. It’s impossible to pass through without seeing it, as it’s a monumental sculpture that seems to grow into the skies as you approach. Built in 1875 to house Knox College – incorporated by the University of Toronto (U of T) 12 years later – it used to harbor a theological seminary, military hospital, various departments of U of T, and a penicillin factory. Rendering this building, and giving it back to Torontonians and worldwide citizens, while linking the past to a present utilization was a big challenge for the design team. The firm chosen to develop this design was NADAAA, through the leadership of Nader Tehrani and Katie Faulkner in partnership with architect of record Adamson Associates, landscape architects Public Work, and heritage architects ERA Architects. Let’s look at some lessons we can take from them. 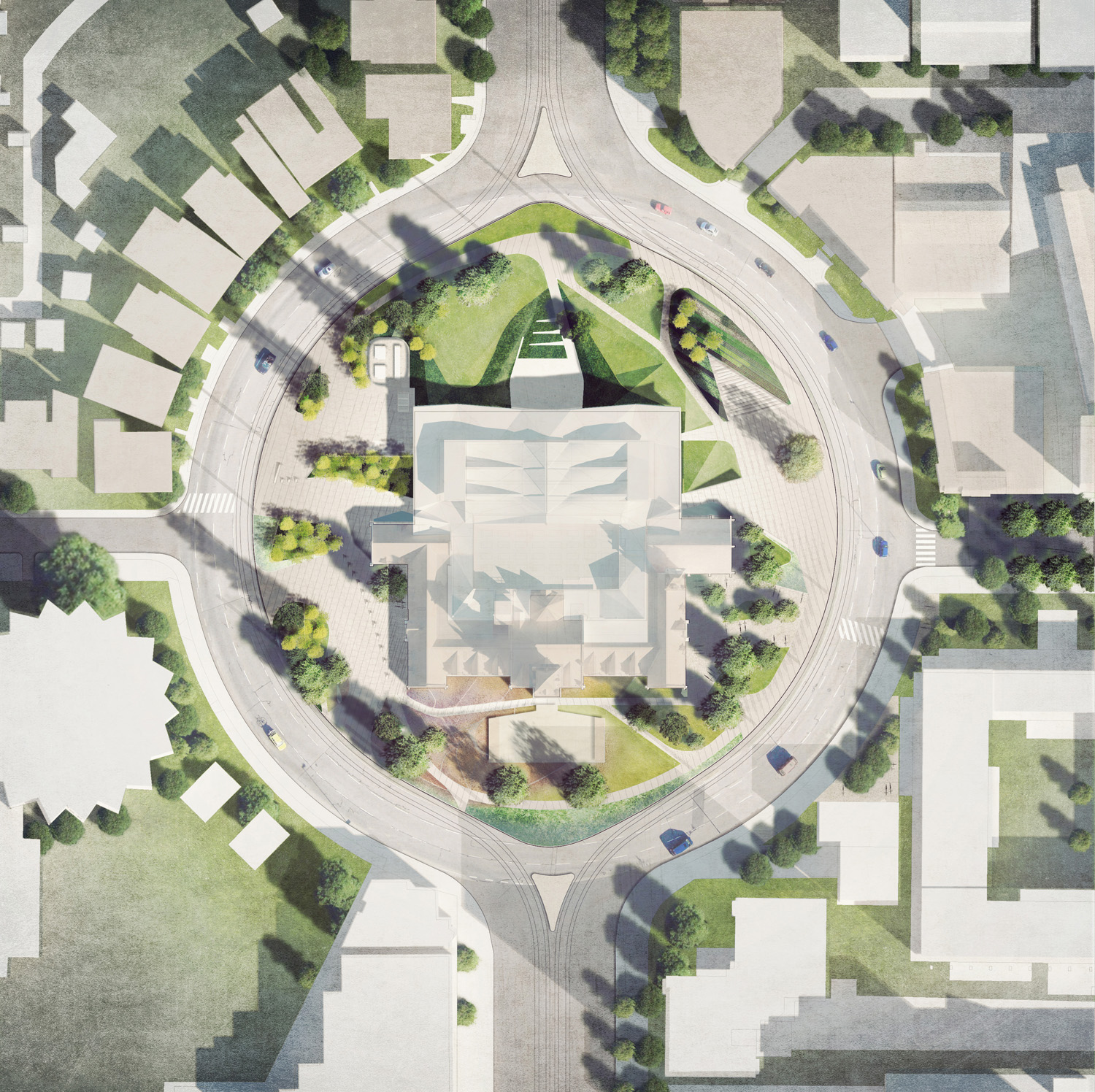 It’s a Building for the Faculty of Architecture, Landscape Architecture, and Design The new use for the building is to house the John H. Daniels Faculty of Architecture, Landscape Architecture, and Design. One of the big steps was the addition of an attached structure surrounded by a useful square. The new building, coupled with the historical building acts as a bridge to the adjacent neighborhoods. While all of the sides received distinct entryways, this is the first time the building has a northerly face which opens it to the city and community, giving it a new identity. 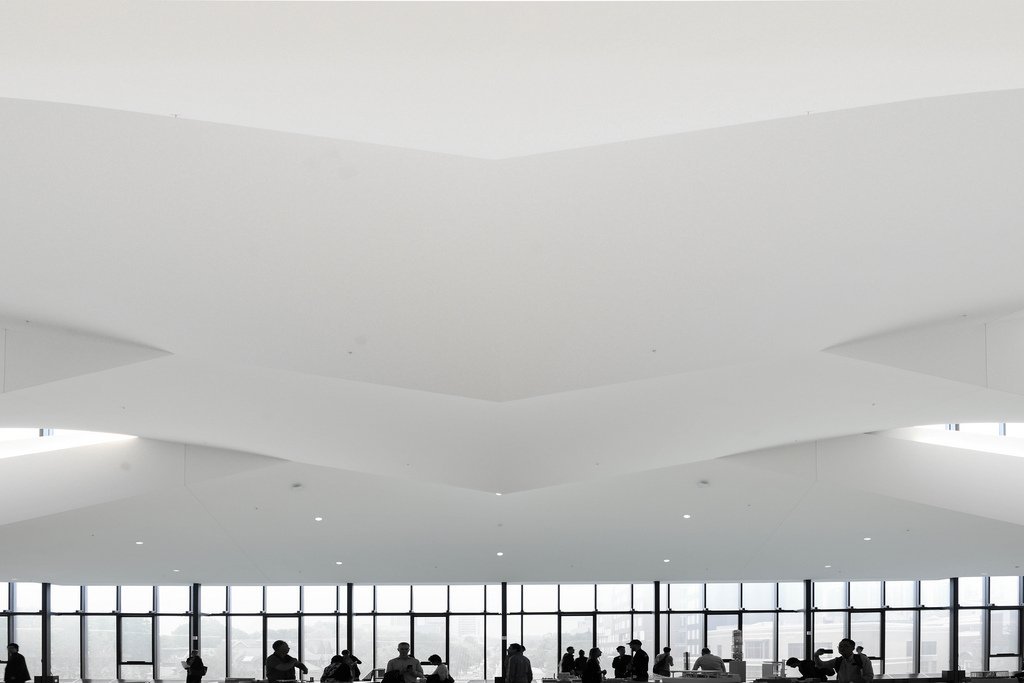 The new building’s architectural design has a gothic feel to it and it also provides more natural lighting, thermo-acoustic control, and structural optimization through three cantilever trusses. Additionally, the trusses support the windows and 61 percent of the building is served by daylight. An architecture and design gallery is positioned along the northeastern edge of the site to accommodate the visual studies program and present professionally curated exhibits in design fields related to architecture, landscape architecture, urban, and visual design. The gallery also serves as a platform to advocate for the design professions and it includes a space for debate, developing ideas, and collaborating. It’s an Island of Landscape Architecture in the Middle of Downtown On the south side a raised, but separate platform was constructed to honor the original purpose of the site. Known as Belvedere, this gathering and event space maintains the view to the avenue and Ontario Lake, inviting people to enjoy the building. It also integrates the historical building and Spadina trams, opening the circulation up for pedestrians and serving as an entrance to large events in the Principal Hall.

Furthermore, a passageway links the west and east sides providing access to Russell Street. Designers were quite insightful as they considered the natural calling of the site and named it “Street” because users can walk through the inside of the building. The west access is only a passage access where you can observe the junction of the buildings. Towards the east, on the opposite site, is a large plaza where academic life mixes with the community. Here visitors are greeted by a gifted oak tree, which is a symbol for U of T. Both plazas establish relationships with the “Street” due to the amenities found here. On this path, there are student lockers, a lounge, a café, offices, along with everything needed for university day-to-day life and the city. It was Built for Everyone The cross way has an intersection point inside the building in a rectangular hall where almost every big event, lecture, or class happens. It’s an auditorium courtyard that can be used with flexibility. Although this big hall offers a large scale sensation, it can be transformed and divided into smaller spaces according to the institutional schedule. Three levels of bleachers can be opened or split by glass walls. All levels can be reached by hallways and classrooms and integrate the work of students, classes, professors and activities. WATCH >>> Visit #OneSpadina during Doors Open Toronto 2017 Moreover, as they consider the whole building as an enormous sculpture, they needed to introduce a middle scale in the landscape around it. So, the designers created a series of pavilions to achieve this effect. The south side received a pavilion as the base for the entrance platform and green roofs, taking advantage of the sunlight. Also, a cistern was added that harvests storm water used to water the garden. Beside it, the design team created a park for 280 bicycles with walkways for pedestrian access. It’s the Union of Architecture, Landscape Architecture, and Design The building opened for a preview in May and will welcome students and faculty of architecture, landscape architecture, urban design and visual studies this fall. One Spadina Crescent reflects the Toronto lifestyle. Its heritage has been preserved and its modern architecture has been seamlessly united. There are places to pass and places to sit, and it features several environmentally friendly elements such as a green roof and rain water harvesting, connecting the art of design and urban life. Full Project Credits One Spadina Crescent: Design Lead: NADAAA Architect of Record: Adamson Associates Landscape Architect: Public Work Heritage Architect: ERA Architects Civil Engineer: A.M Candaras Associates Structural Engineer: Entuitive Electrical Engineer: Mulvey & Banani Location: One Spadina Crescent, Toronto, Ontario, Canada Project Years: 2013-2017 Cost: $55 million USD Client: University of Toronto – John H. Daniels Faculty of Architecture, Landscape Architecture, and Design Recommended Reading: