Thalie Park, by Urbicus, in Chalon-sur-Saône, France. Have you ever wondered how a landscape architecture project can be successful in a flood plain with polluted soil? Chalon-sur-Saône is located in the heart of Burgundy, France, and is well known for being the birthplace of photography inventor Nicéphore Niépce. It is a cultural capital town of art history and home to many tourist attractions. The city is also known for its Carnival festivities (one of the most famous in France, according to Chalon-Sur-Saône), for the wine trade, and especially for its cultural event, “Chalon dans la Rue”. Bike paths and green spaces have been implemented to make the city more green and enjoyable, and Chalon-sur-Saône has begun to stand out in the environmental field, as well. In 2013, the Association of Mayors of Major Cities in France and the French Committee for Sustainable Development rewarded the city with ribbons for sustainable development in recognition of its commitment to the environment. In the same year, a new park was opened in the city.

The design for Thalie Park used inventive concepts to transform a flood plain into a functional park that beautifully integrates with neighboring buildings.

Designed by Urbicus, Thalie Park is surrounded by the natural areas of the Thalie Valley. It is also located in a site with aspects that are usually avoided in constructions. The site of approximately 13.4 hectares is a former landfill at the edge of the railway infrastructure, in a flood zone; this was certainly a major point of concern in the project that needed to be tackled by the design team. 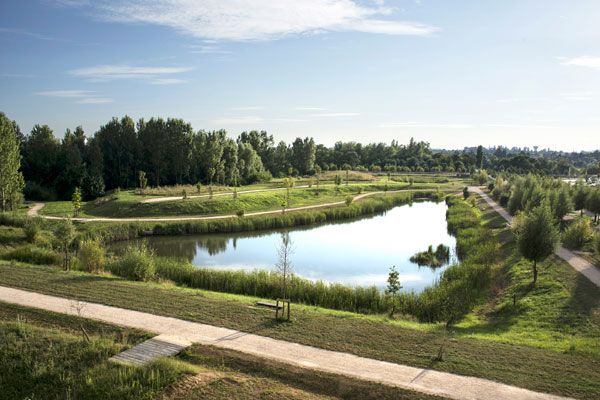 The hospital that neighbors the park was another key point that had to be considered in the project. The Centre Hospitalier Chalon Sur Saône Willian was opened in 2011 and is connected to other public spaces at the entrance to the town, by Thalie Park. Due to these facts, the fundamental challenge of the project was to manage the transition between the old city and the new area. 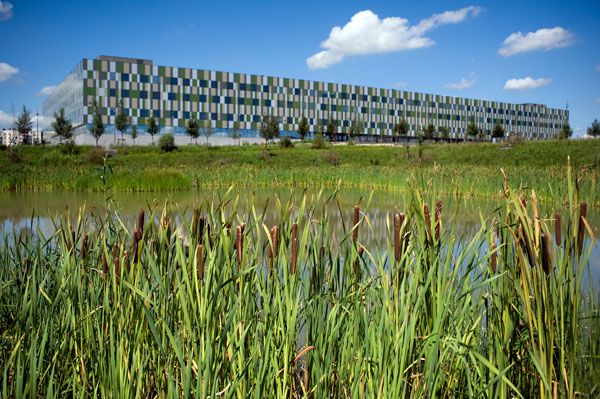 A Disastrous Soil Under any circumstance, the soil had to be rejuvenated in order to accommodate the park. Urbicus had to design for a site where the soil was completely polluted by wastes such as heavy metals, illegal dumping, miscellaneous backfill, and other contaminants. The architects integrated the soil remediation into the design of the overall plan, improving not only the park, but also the hospital nearby and the safety of the area as a whole. 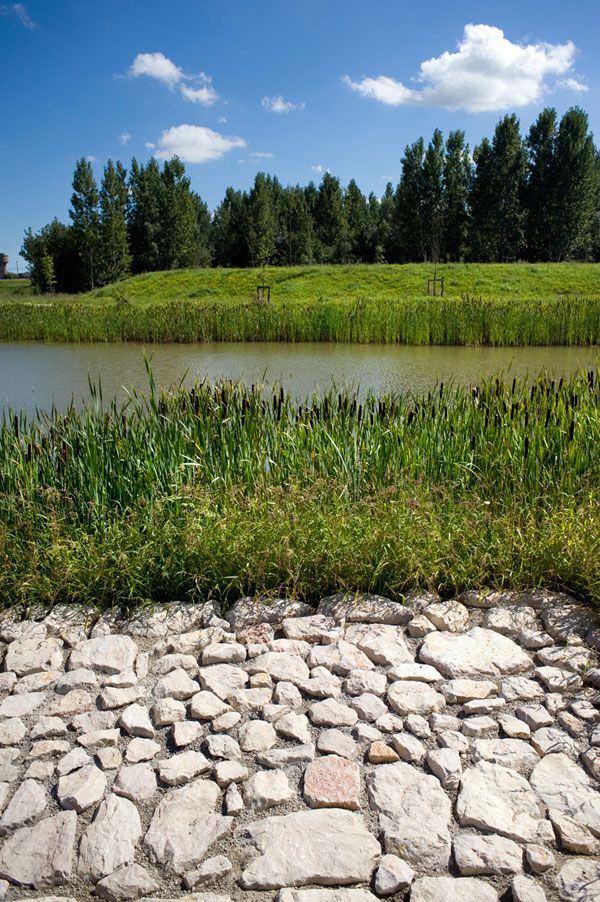 With the completion of the project, the city depolluted the soil, gained another park while providing great views from the hospital, and improved the ambiance for the patients. A Great Solution by Urbicus Another great solution implemented by Urbicus was the creation of two ponds that allowed the management of water influx due to rises in the river water level or rainfall. The aquatic ecosystem existing in the ponds is comprised of species particularly chosen in consultation with fishing associations and state departments. 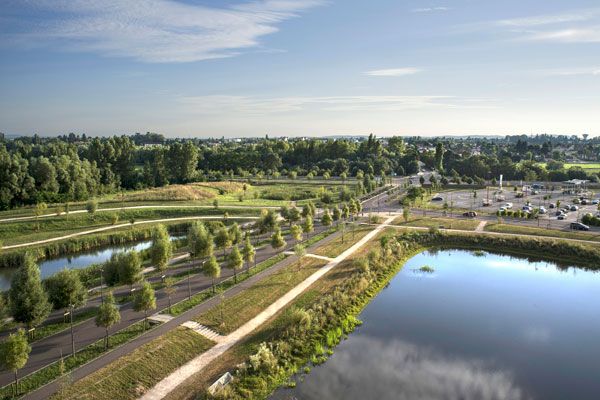 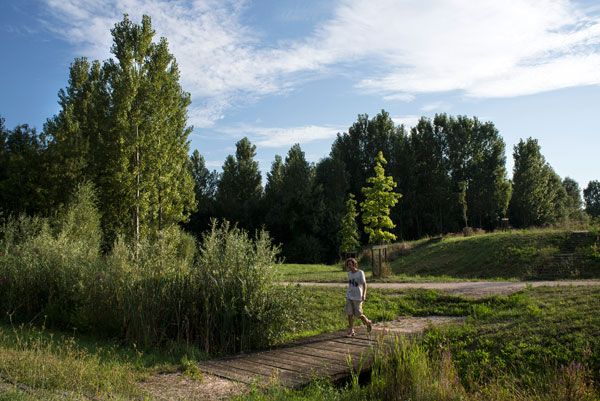 Furthermore, the water from the hospital roof can be collected in the northern pond, enabling better management of rainwater and overflow. Lastly, to meet runoff specific water management requirements, the Rue du Capitaine Drillien — the street that separates the ponds — was converted into a road for buses and non-motorized vehicles only.

Thalie Park – Seeing Opportunity in the Face of Adversity

It is a fact that polluted soil is generally far from being the preferred choice for projects such as Thalie Park. And this is what makes the project so special: Instead of ruining the project, the characteristics of the soil and the fact it had to deliver the functionality of a flood area were major contributors to the design of the park and have actually led to the success of the project. 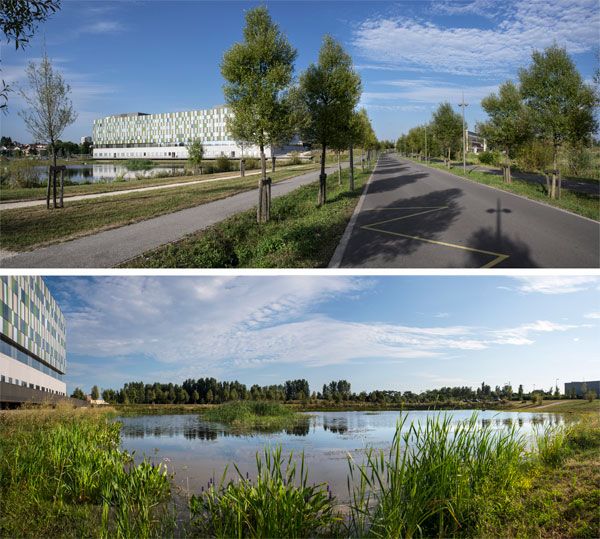 Thalie Park successfully delivers a new recreational space to the local population, improves the landscape for hospital patients, and creates a great integration between the city entrance and the hospital, all while inventively serving as water runoff management to the site. Beyond that, the net effect of Thalie Park is one of less polluted soil and more green space that contributes to the environment. Recommended Reading: