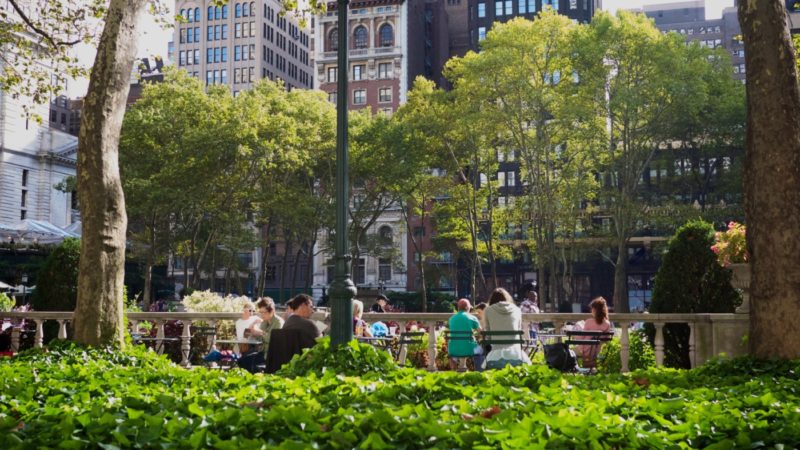 With its great sun-kissed lawn flanked by a collonnade of London Plane trees, Bryant Park ranks high on landscape architect Jeff Gonot’s list of favorite places he’s visited on his trip through New York City. People were everywhere in the park: playing chess, bocce, ping pong; reading from the outdoor library; and relaxing away from the hustle and bustle of the city on a peaceful afternoon in the park. 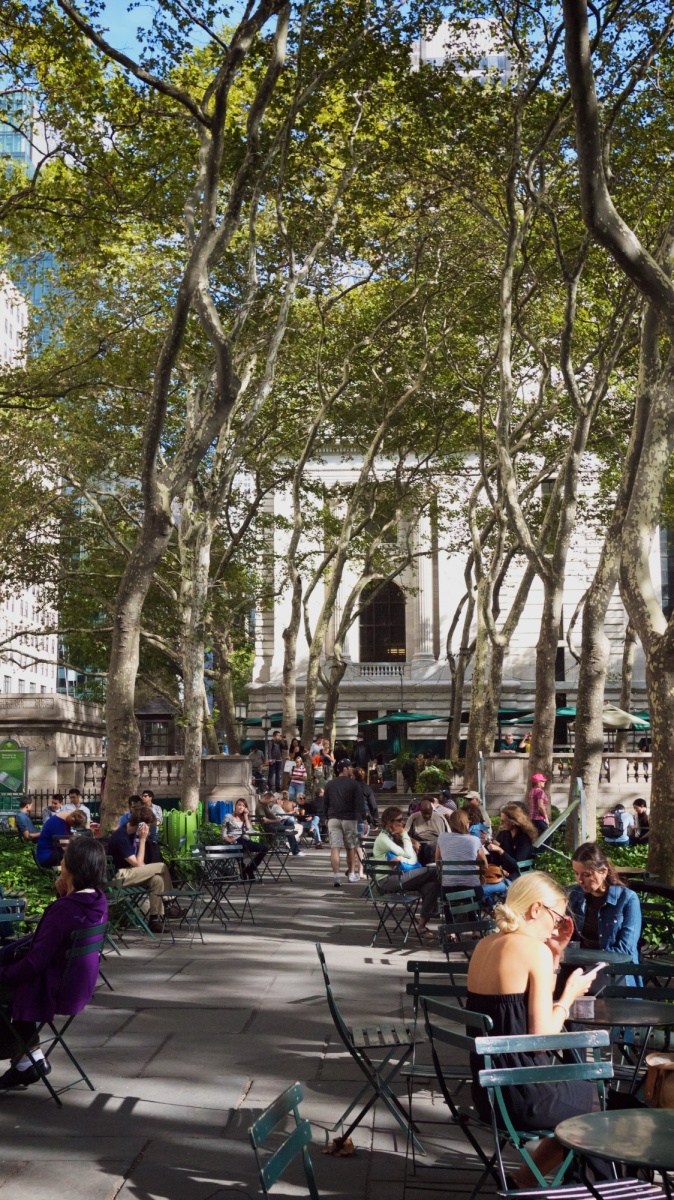 “By 1979, New York seemed to have given up Bryant Park for lost as an urban amenity, as well as an historic site. In 1974, the Landmarks Preservation Commission designated Bryant Park as a Scenic Landmark, calling it “a prime example of a park designed in the French Classical tradition… an urban amenity worthy of our civic pride.” Five years later, however, William H. (“Holly”) Whyte wrote in a report solicited by the Rockefeller Brothers Fund: “If you went out and hired the dope dealers, you couldn’t get a more villainous crew to show the urgency of the [present Bryant Park] situation.”

But by the late 1990s, actual lunchtime head counts on a sunny day would reach the 4,000 range – and the drug traffickers had been gone for a decade. The Rockefeller Brothers created the Bryant Park Restoration Corporation (BPRC), under the founding leadership of Andrew Heiskell, then Chairman of Time Inc. and the New York Public Library, and Daniel A. Biederman, a Harvard Business School graduate and systems consultant with a reputation as an innovator in downtown management. Heiskell and Biederman, in 1980, created a master plan for turning around the park. In the words of an Urban Land Institute case study, “Biederman began experimenting with a series of efforts to bring people back to the park, while also exploring how to generate revenue.” 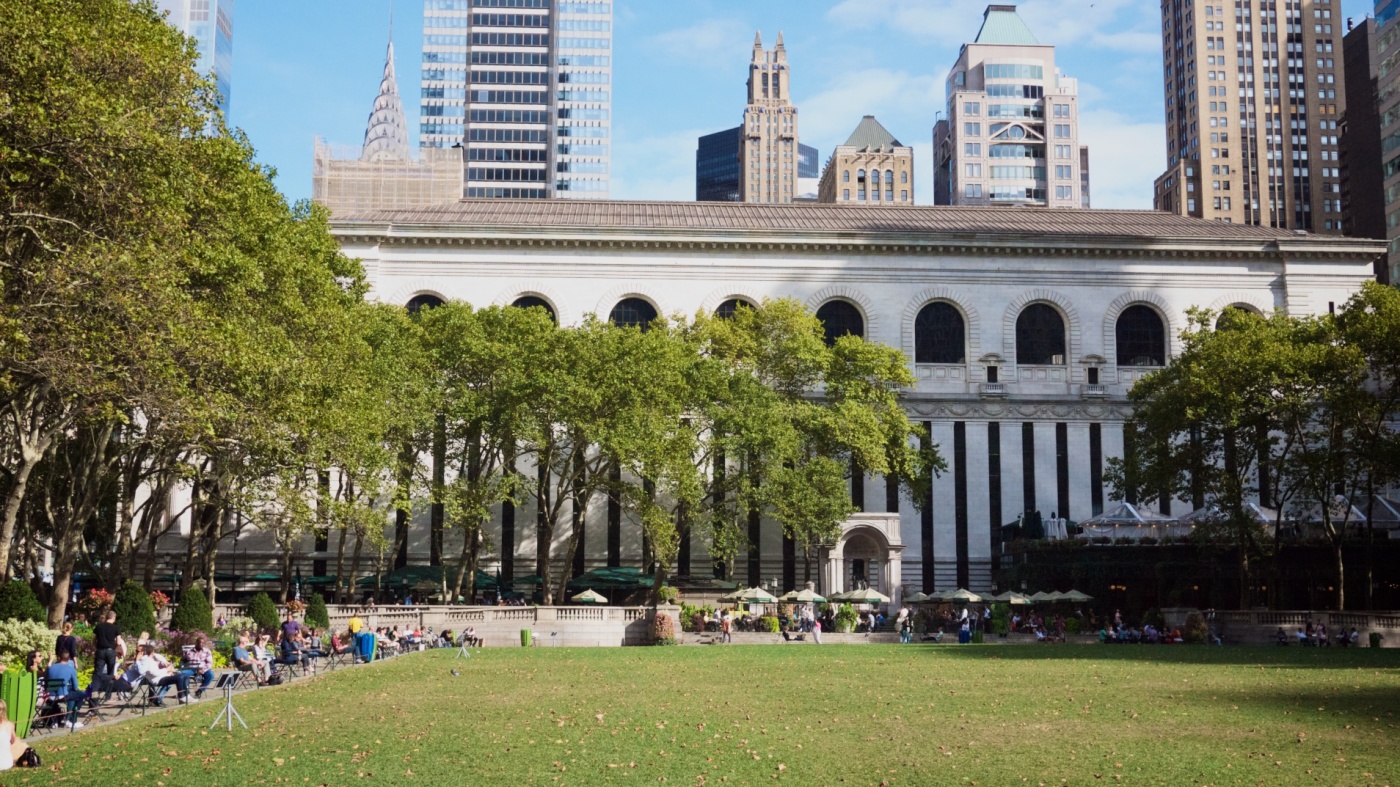 The park reopened on April 1992 with fanfare. Its success was recognized by the Urban Land Institute, who praised the park’s resurgence, noting that “the success of the park feeds the success of the neighborhood.” 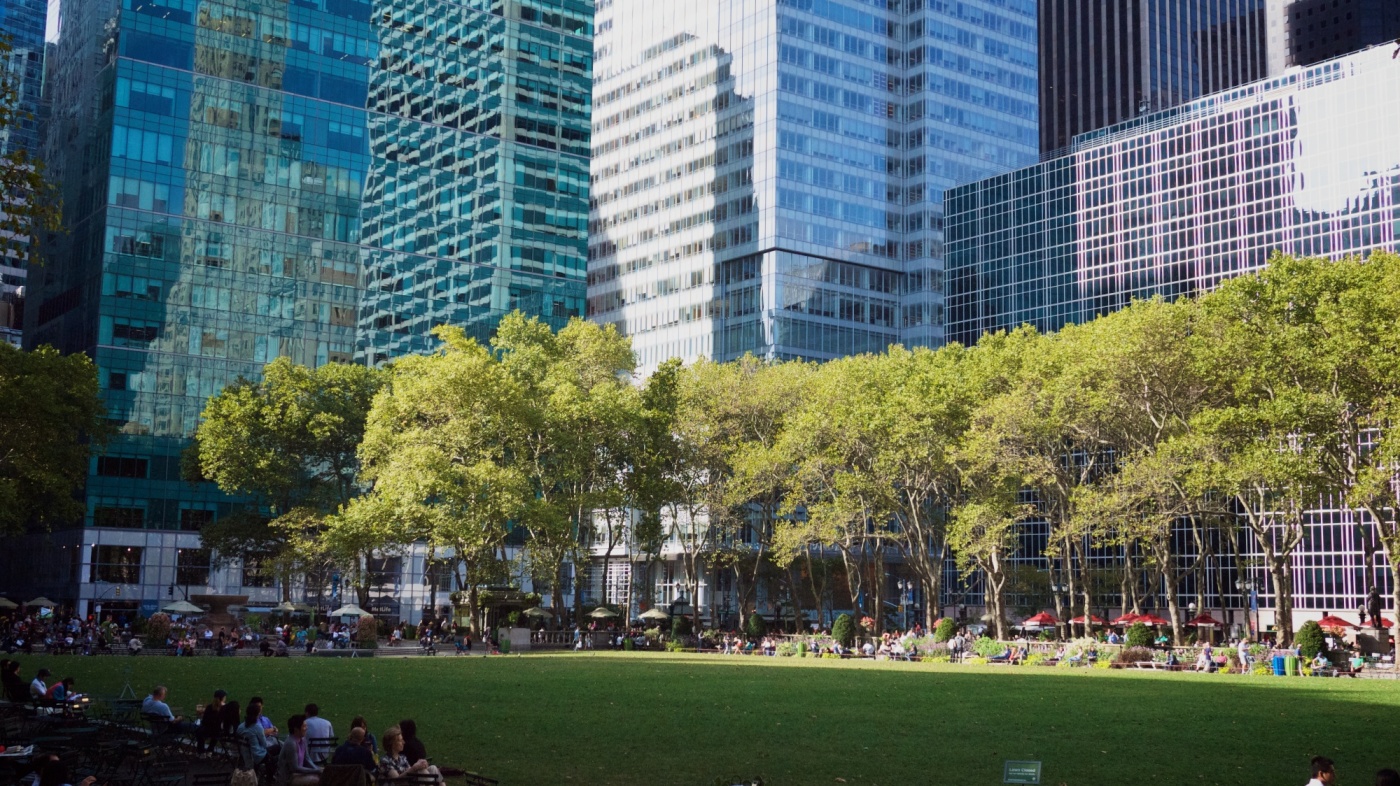 Although the lawn was closed on my visit, it didn’t put a damper on my experience. It was still a flawless afternoon in a perfect urban park.

See where else Jeff’s traveled to in the NYC Landscape Architecture Travel Series.