No trip to New York could be complete without a visit to Central Park, one of the world’s most popular and best-recognized parks. In preparation for my trip to New York, I read Fredrick Law Olmsted’s biography Genius of Place to give me a better understanding and appreciation for his work. After years of hearing about this park and seeing it in film, television, and my college textbooks, the chance to finally visit Central Park put me in a great state of bliss. 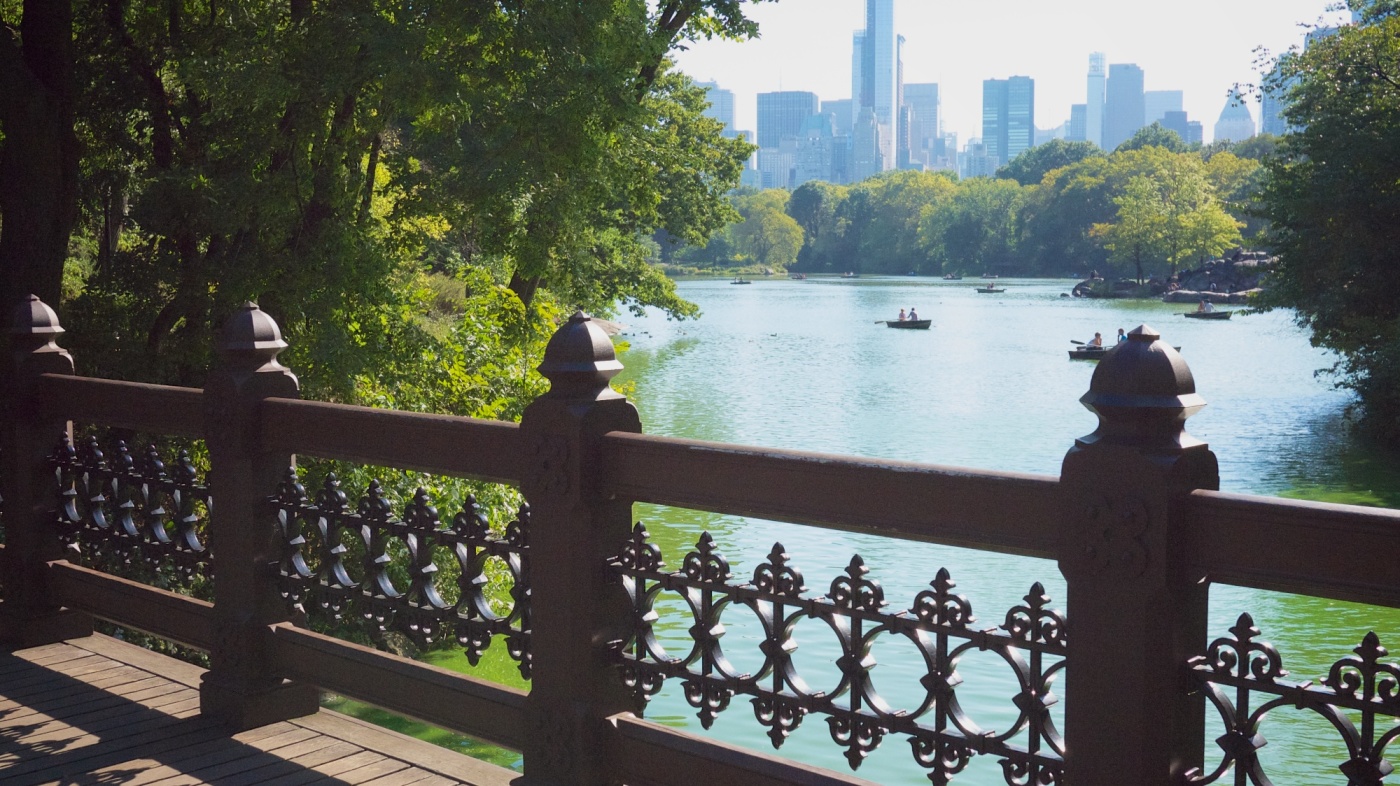 “Central Park was the first landscaped public park in the United States. Advocates of creating the park–primarily wealthy Skating in the Park Skating on the Lake in turn of the century Central Park. merchants and landowners–admired the public grounds of London and Paris and urged that New York needed a comparable facility to establish its international reputation. A public park, they argued, would offer their own families an attractive setting for carriage rides and provide working-class New Yorkers with a healthy alternative to the saloon. After three years of debate over the park site and cost, in 1853 the state legislature authorized the City of New York to use the power of eminent domain to acquire more than 700 acres of land in the center of Manhattan.

An irregular terrain of swamps and bluffs, punctuated by rocky outcroppings, made the land between Fifth and Eighth avenues and 59th and 106th streets undesirable for private development. Creating the park, however, required displacing roughly 1,600 poor residents, including Irish pig farmers and German gardeners, who lived in shanties on the site. At Eighth Avenue and 82nd Street, Seneca Village had been one of the city’s most stable African-American settlements, with three churches and a school. The extension of the boundaries to 110th Streetin 1863 brought the park to its current 843 acres.” 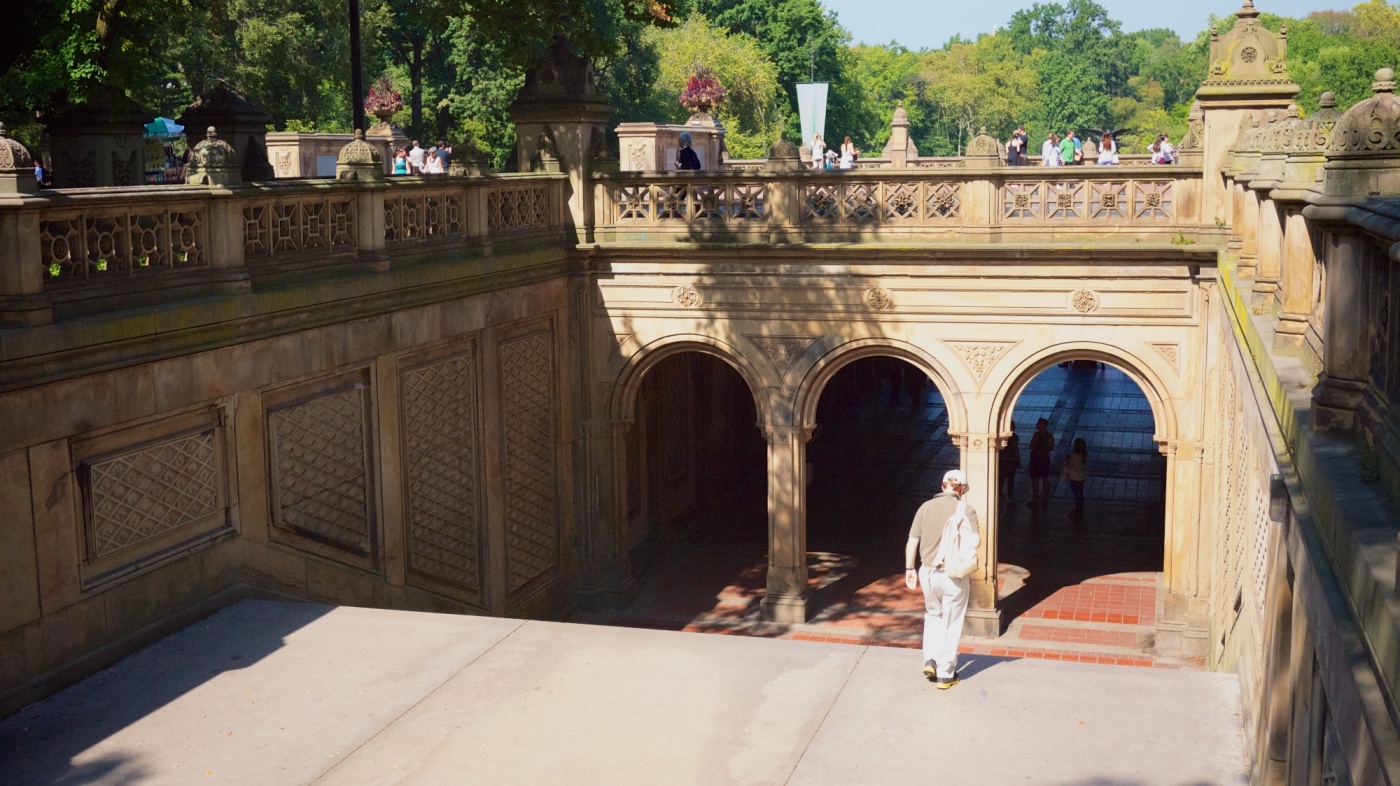 Entrance to the Ramblas and fountain. The arches, and to a greater extent, the architecture, was designed by Calvert Vaux. Frederick Law Olmsted teamed with Vaux for the design of Central Park and many of America’s finest 19th Century parks. See City Beautiful Movement and Chicago’s World Fair of 1893 for a better understanding of what these two great men accomplished in developing an American identity through landscape design and architecture. 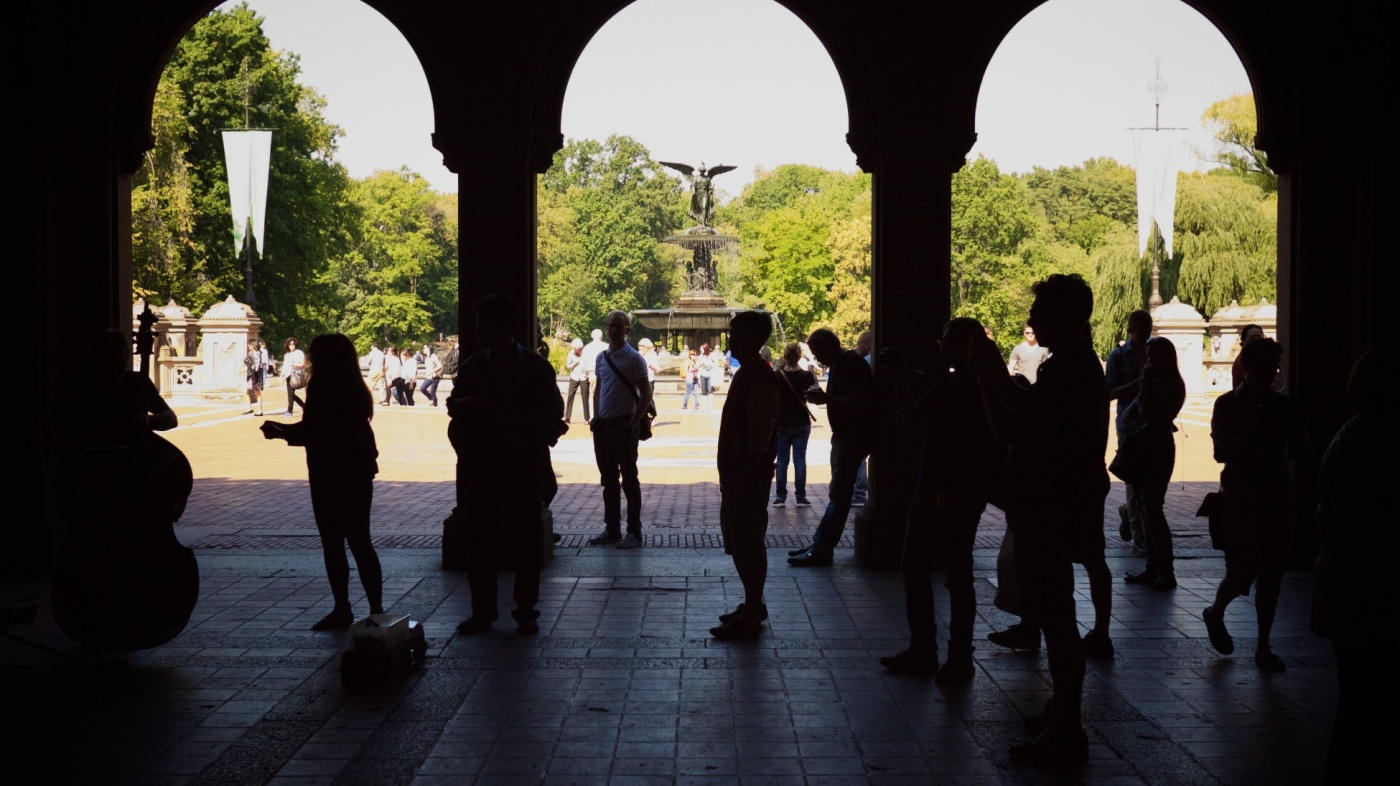 From under the arches looking to the fountain. 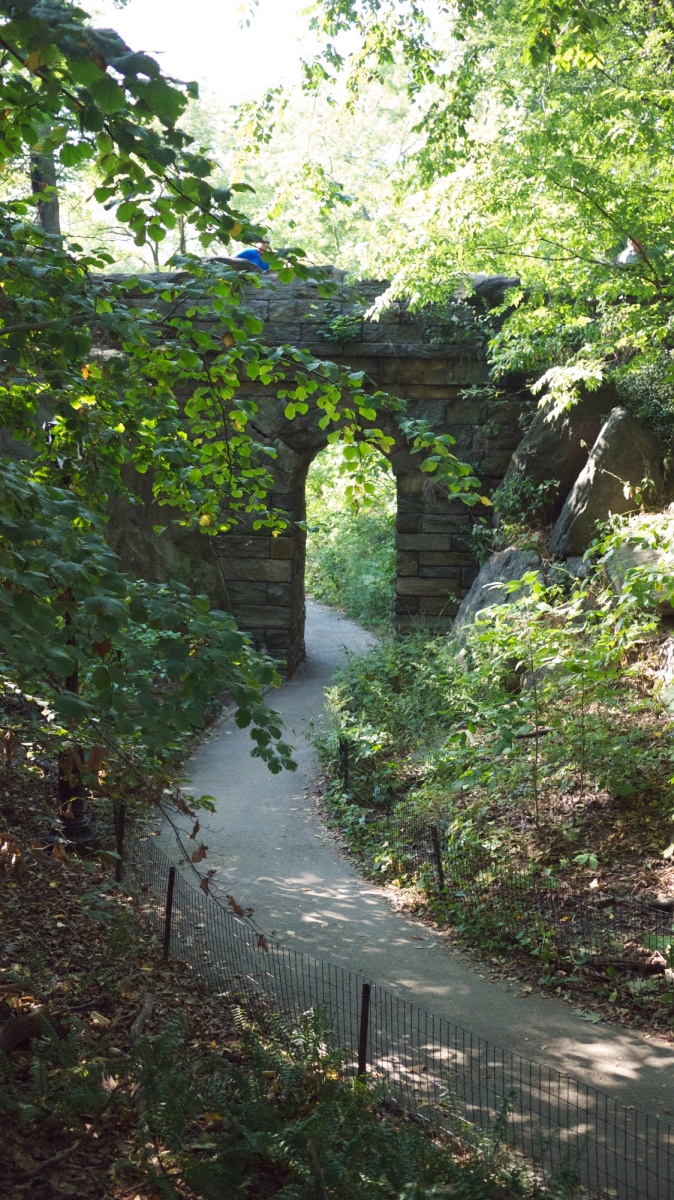 An iconic rustic walkway meandering through the park’s landscape. 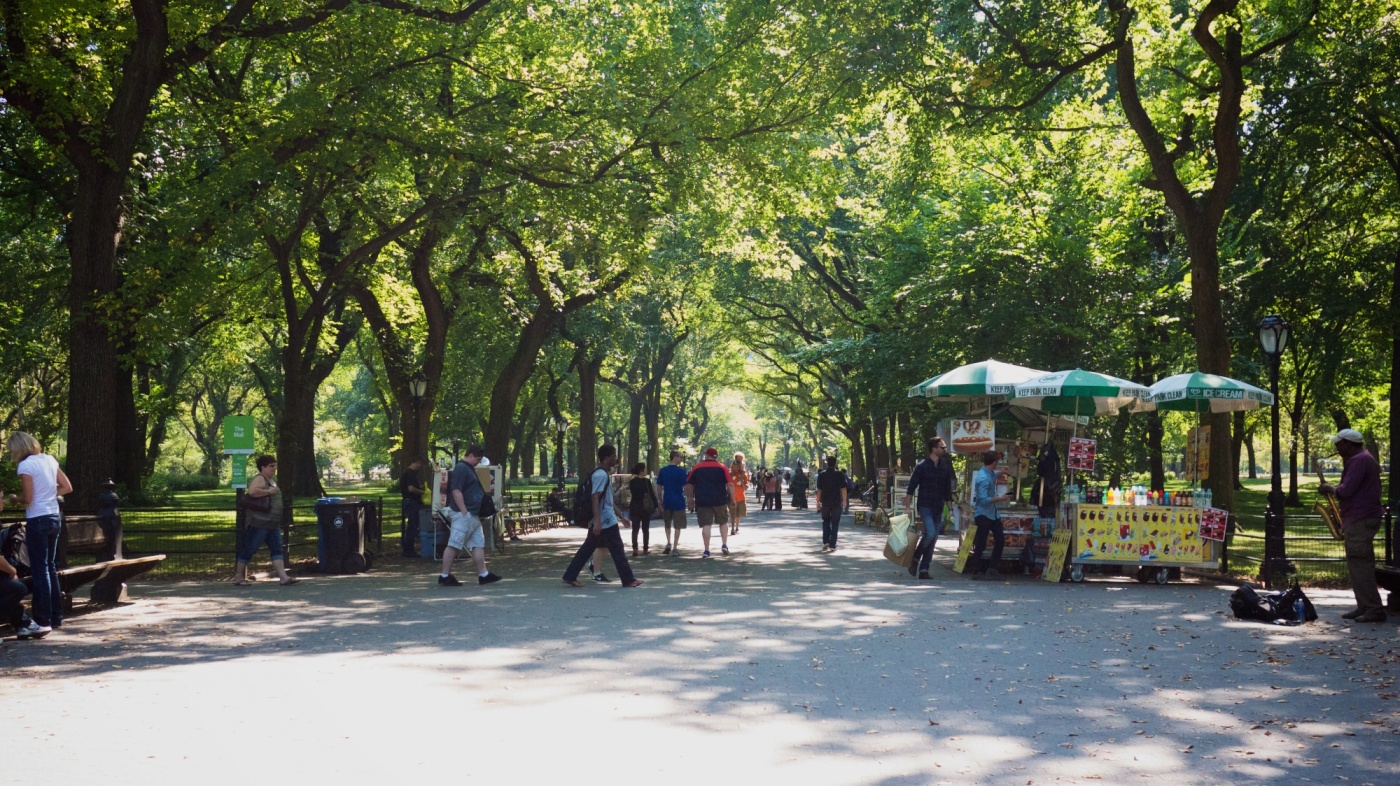 Main walkway through the heart of the park. 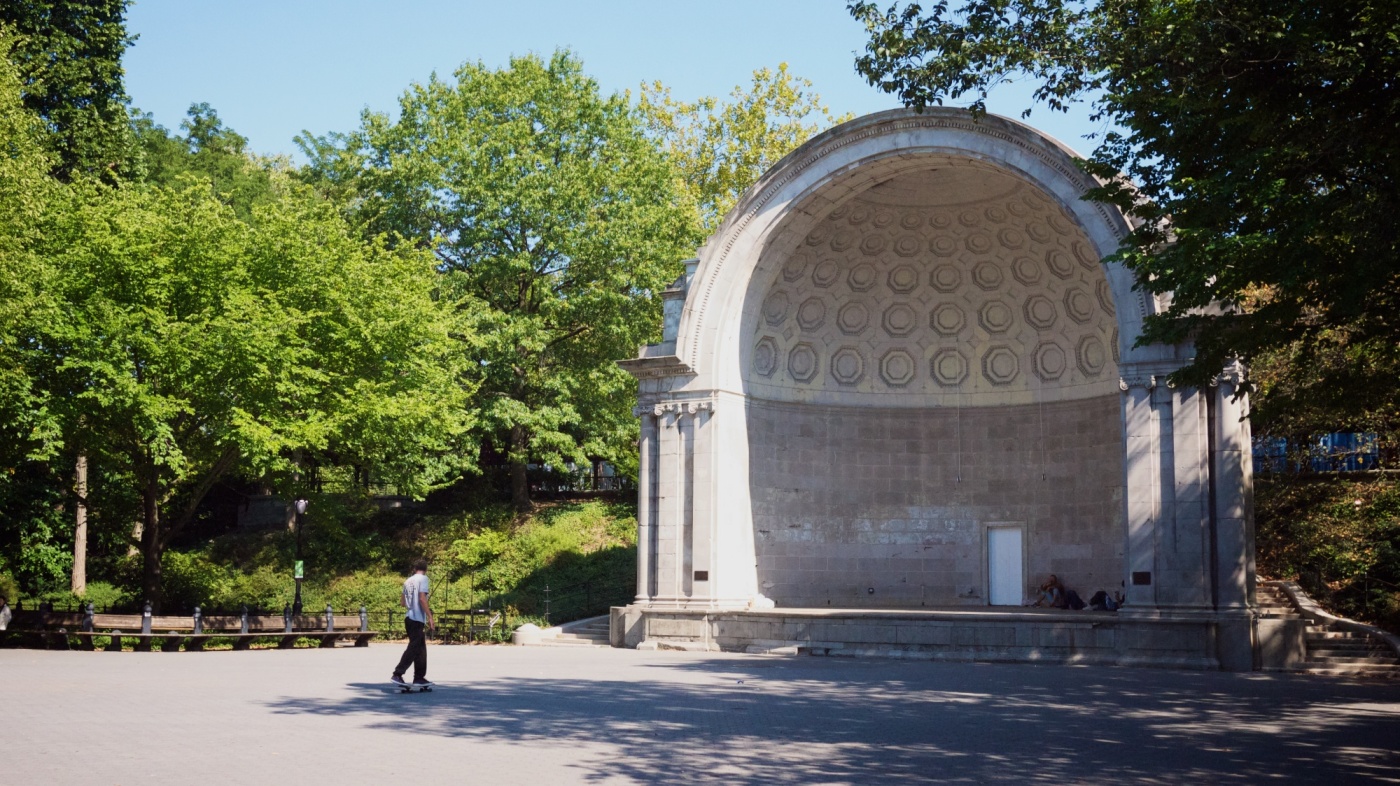 An indelible masterpiece of Vaux’s architecture. 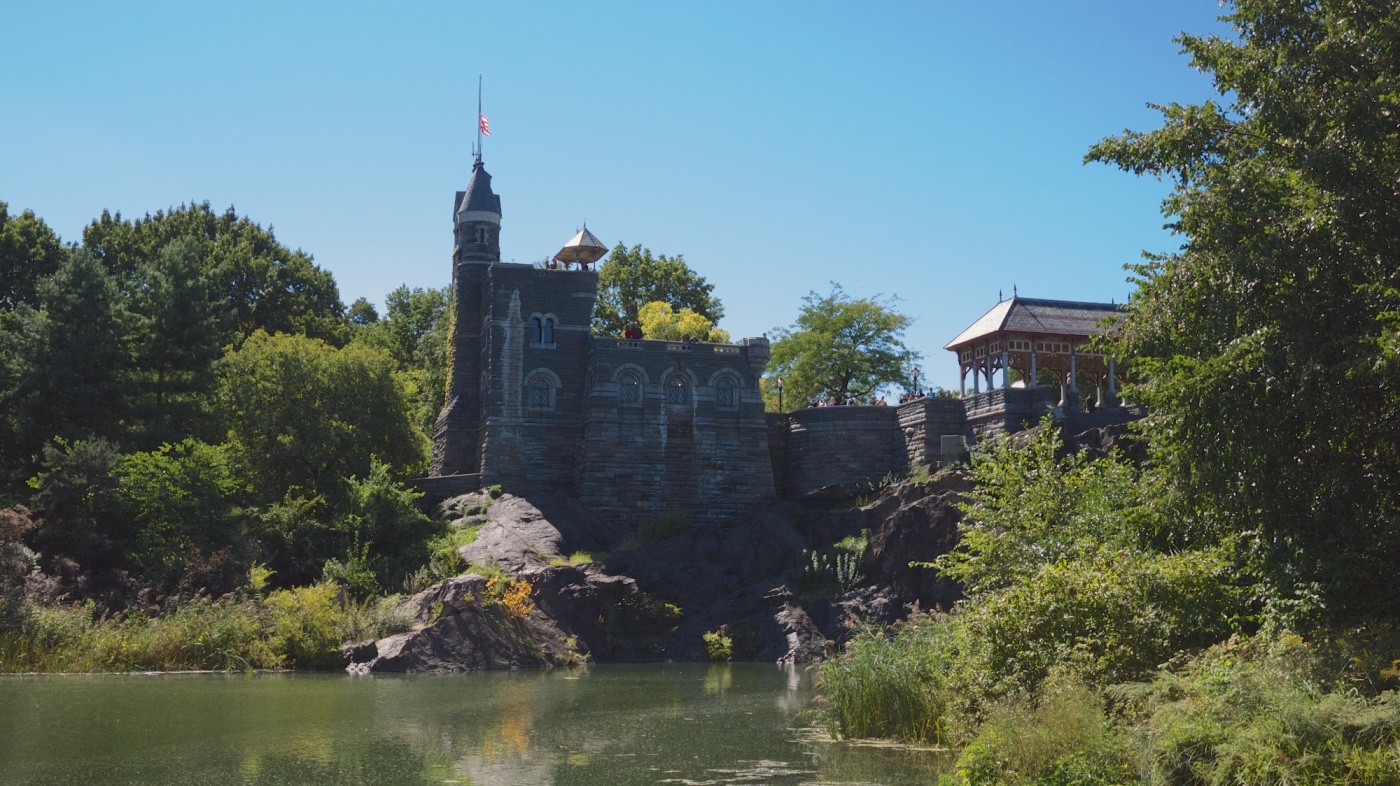 There are so many areas of the park that I didn’t get to explore. There is always next time.

See where else Jeff’s traveled to in the NYC Landscape Architecture Travel Series.