We always have a blast with our weekly edition of Sketchy Saturday, we love getting to know you all on another level and offering a platform to the world for you to express your talent and help get your work the recognition it deserves. Well done to all of those who made it into the top 10 this week, with so many entries and so much incredible drawing skills out there, this is no easy feat. Thank you so much for making Sketchy Saturday what it is, here’s this week’s top 10! 10. by Kevin O’Neil, independent artist 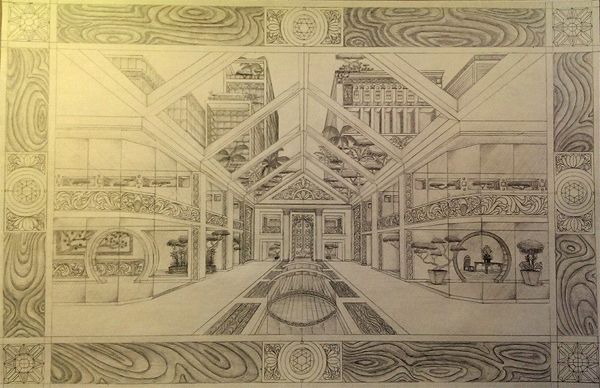 “I am an independent artist in the U.S.A. This drawing is graphite pencil and represents a style that I have been developing over the last several years. It is inspired by an attempt to fuse traditional styles such as “Beaux-Arts ” and “Art Nouveau”, with post-modern construction methods and materials to create an aesthetic that pays homage to the old, while incorporating elements of contemporary innovation”.
9. by Attila Tóth, Landscape Architect, PhD Student, Slovak University of Agriculture in Nitra, Slovakia

“This sketch is the result of a cosy sketchy Saturday evening. I have been always inspired by the impressive Southfork mansion as it is an iconic landmark in the flat farmland and ranch landscape which surrounds it. First I have sketched the house with a pencil and then I decided to add some vivid colours using artist pens and woodless coloured pencils to emphasise the atmosphere of the site”.  8. by Aaron Williams Licensed landscape architect with 12 years of experience , SAA Design Group, Inc. 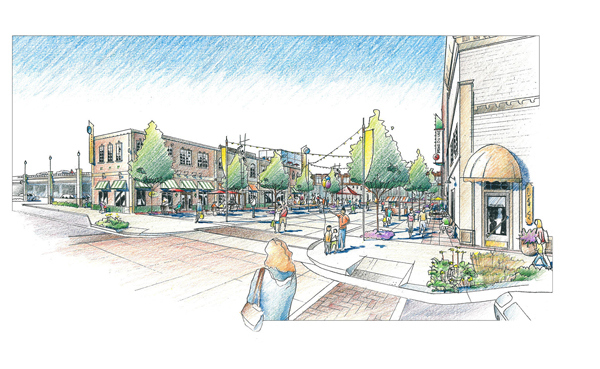 “The sketch is a commissioned deliverable for an Arts and Entertainment Master Plan for the Wisconsin community of Fond du Lac.  The 2-point perspective view is of a planned ‘Festival Street’ that alters an existing thouroughfare into a programmable public plaza.  Image is created over an existing site photo, Col-Erase Carmine Red sketched on trace, scanned, photocopied and rendered with prismacolor pencils”.

7. by Michał Marcinkowski, a student of the Cracow University of Technology 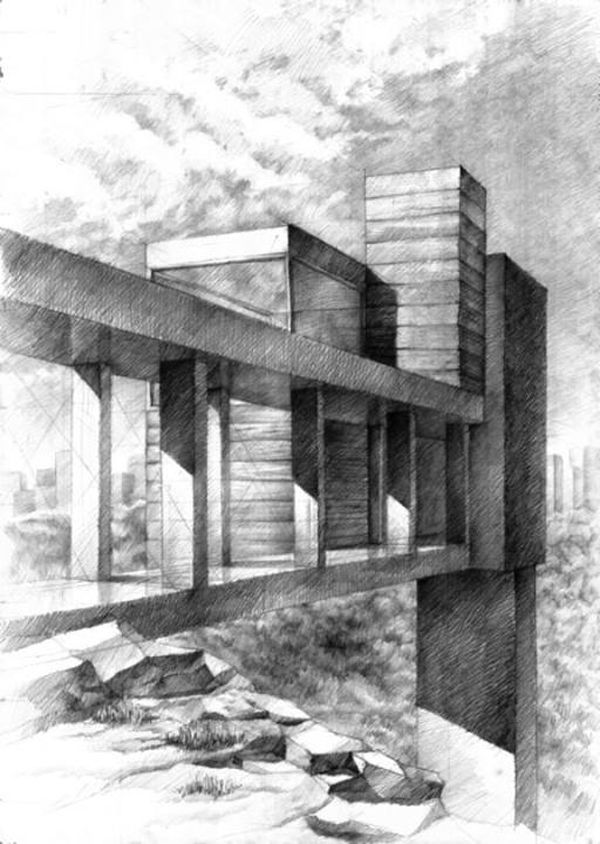 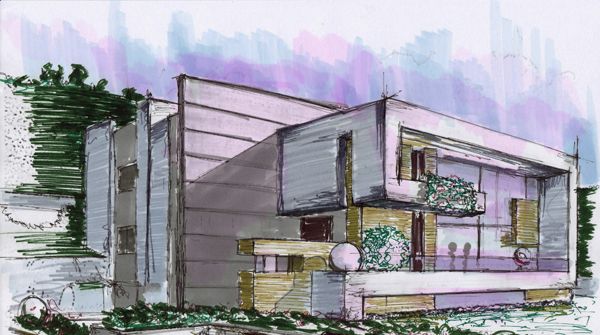 “Its a sketch i did it to check my performance and ability at hand rendering. A modern villa in Lebanon, South, using ecological materials mainly: stone (bush hammered), marble, eclatte” 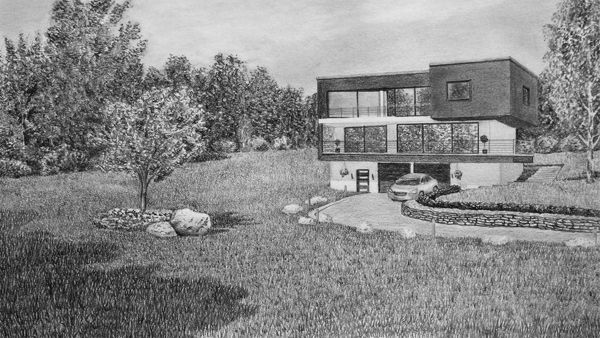 This Sketch had us confused due to it’s photo realistic qualities, so much so that we even put it on Facebook and asked the question “Is this a sketch or a Photoshop filter?” Some people just couldn’t tell!

“The drawing was made as an imaginary scene for research purposes that were made for landscape architecture master thesis. The aim of drawing style was to achieve as realistic result as possible with pencils. Materials were fairly simple, consisting of common drawing block paper, and several soft B pencils with varied sharpness levels and a kneaded eraser”. 4. by Dean Coker, Jocotepec, Mexico 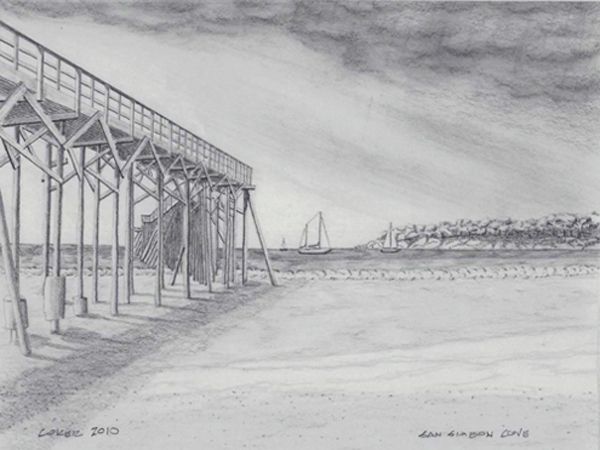 “Landscape Architecture is a multifaceted career.  Although I have designed parks, communities and gardens I am also an author, that is, an author as a sub-set of landscape architect.  This sketch is pencil on tracing paper (for the precise grain desired) and is a scene depicting San Simeon Cove, home of the re-known Hearst Castle, in California.  It is one of several illustrations for The Motel 6 Chronicles, an award winning novella penned jointly with my wife, Valerie Maxine Schneider (available on Kindle and other e-book outlets)”. 3. by Bibek Chatterjee 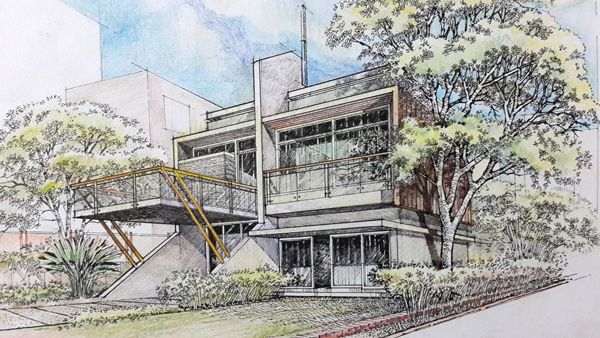 This sketch was picked for it’s over all sharpness and attention to architectural details, nothing really jumps out, but all the components compliment one another and as a whole this sketch is a masterpiece with the plants and tones used really softening the sharp lines of the building. 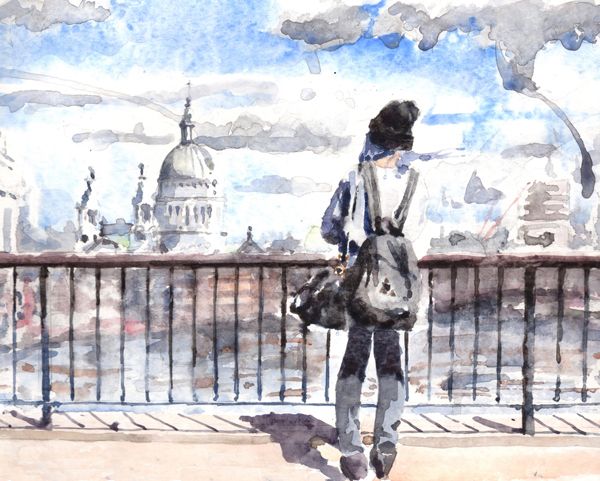 “The sketch was done just as a study, I like drawing as it helps me to really see, notice all kinds of things. The intention was to sketch the London skyline from the river, because it’s so dramatic, kind of epic. Then a girl with blue hair and a hat, weighed down with bags came and stood in front of me to admire the view – so I included her. Watercolour on paper, painted quickly, on the southbank of the Thames on a breezy Spring day”. 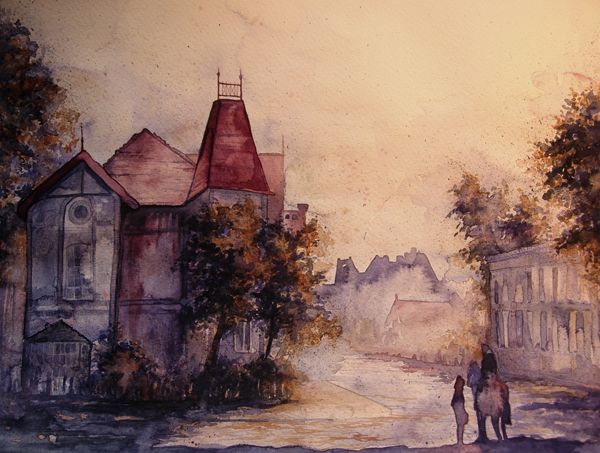 “This work was made for a painting project during my studies. The topic was “Impression” about one of the downtown district of Poznań, Łazarz. I played with lights and colours to create a cozy and magical mood. I used used watercolors on fabriano paper”. Thanks again for taking part in another terrific Sketchy Saturday, if you weren’t featured this week, keep sketching, improving and submitting your work! Check out the Sketchy Saturday official Facebook album and see literally hundreds of incredible sketches! If you want to take part send your entries into us at office@landarchs.com Article written by Scott D. Renwick