Wet meadow site and source of the river Norges, by Territories Landscape Architects, in Norges-la-Ville, France. Landscape architecture has the power to transform any outdoor space into something genuinely amazing, with the best qualities of the respective space being brought to the surface. The project in question here was commissioned by Norges-la-Villes, a delightful French village located near Dijon. The talented minds from Territories took on the project, managing to successfully bond the richness and depth of the village with the natural source of the river Norges. Even though the landscape in the area was beautiful, it was not accessible. Given the reduced accessibility, it should come as no surprise that the local population was not able to enjoy the natural beauty of the area. Apart from that, the degree of accessibility varied in accordance to the season and the mood of the river Norges.

Wet meadow and Source of The River Norges

In starting this project, it was decided that the wet meadow in the nearby area should be rehabilitated. A second objective of the project was related to the enlargement of the space around the river source, which was successfully achieved. 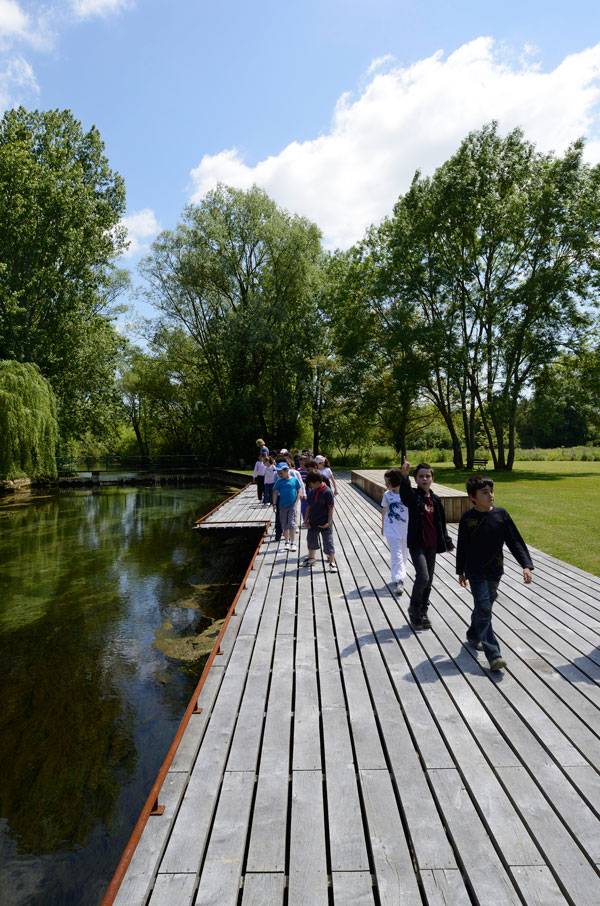 As the main idea of this project was to increase the accessibility into the area, it was decided that wooden elements were going to be included – in this way, the outdoor space would not only become accessible, but would also be aesthetically pleasant. The starting point became the large wooden deck that stood as a terrace over the source of the river. 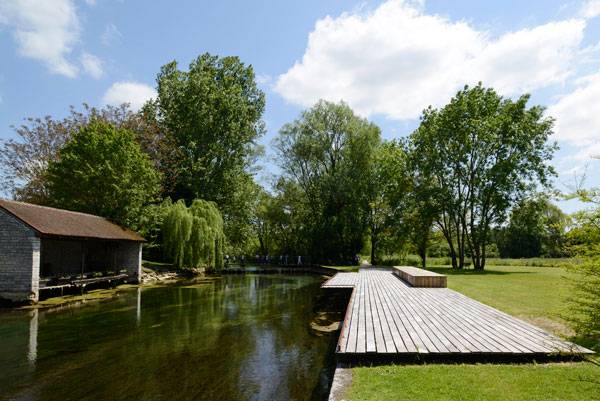 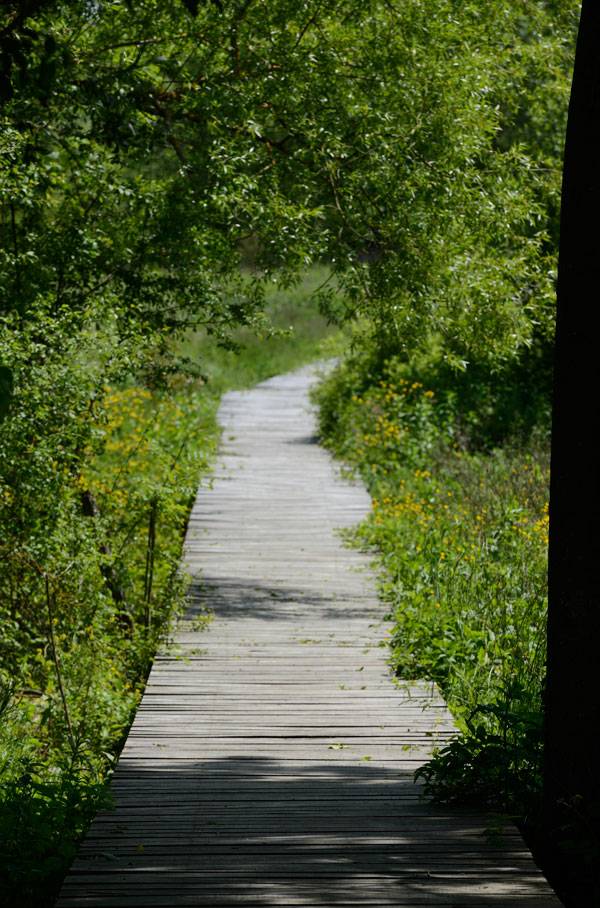 Flowing Transition From One Space to the Other

Even from the start of the project, it was noticed that the meadow area is extremely wet. Moreover, due to overflowing of the river, the meadow was often transformed into a temporary swamp. The pedestrian boardwalk was one of the most important elements of the project, as it allowed for the transition between two completely different spaces. On one hand was the domesticated area, where everything was stable and no changes occurred. On the other hand was the brand new nimbus, characterized by wildness and a lack of predictability. 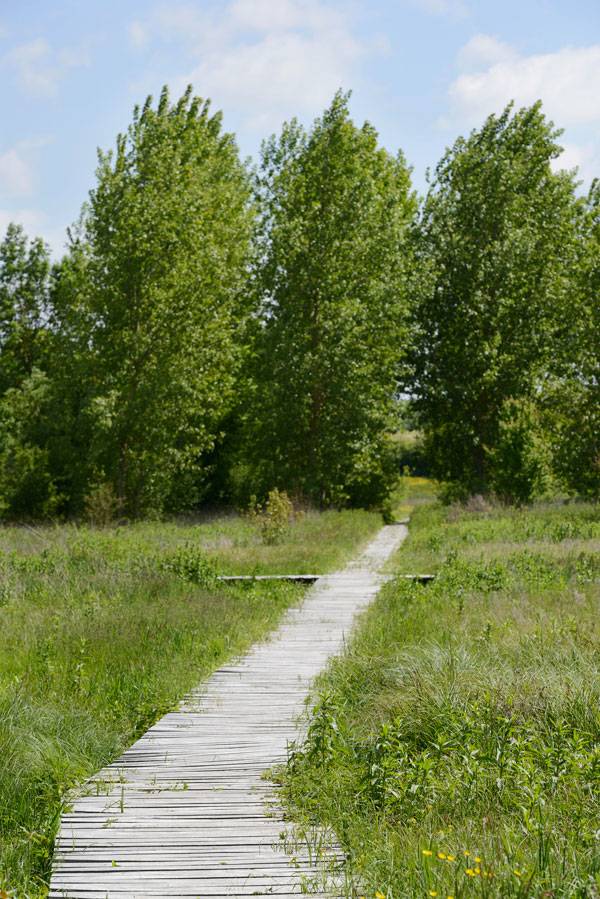 Walking Without Touching The Ground

By choosing the elevated access for the boardwalk, it was possible for visitors to step into what can only be presented as a fantasyland. The fact that one is able to walk in such an outdoor space without touching the ground is perhaps the most attractive part the project.

The Ecosystem: The Heart of the Project

Upon deciding to make any changes to an outdoor space, any landscape architect has to take into consideration the impact these changes will have on the ecosystem. All of the changes in this project were made were in accordance with the ecosystem, as the heart of the project.

Bringing The Wildlife Back to The Centre of Attention

It was through these modifications that the local wildlife was brought into the center of attention. At the same time, the ingenious design of the pathways allowed for constant access to the respective outdoor space, even during the times when the river had overflown.

Accessibility to the River Norges Made Possible Through Careful Touches

The newly created wharf was crossed by wooden branches, which have the purpose of ensuring access to the beautiful river Norges. It was through these carefully chosen elements that a new perspective was brought to what can only be described as a poetic journey. Apart from that, the whole poetic image was completed by the wooden bridge over the river – upon closer look, these elements seem to be part of a well-written poem, inviting contemplation and relaxation. 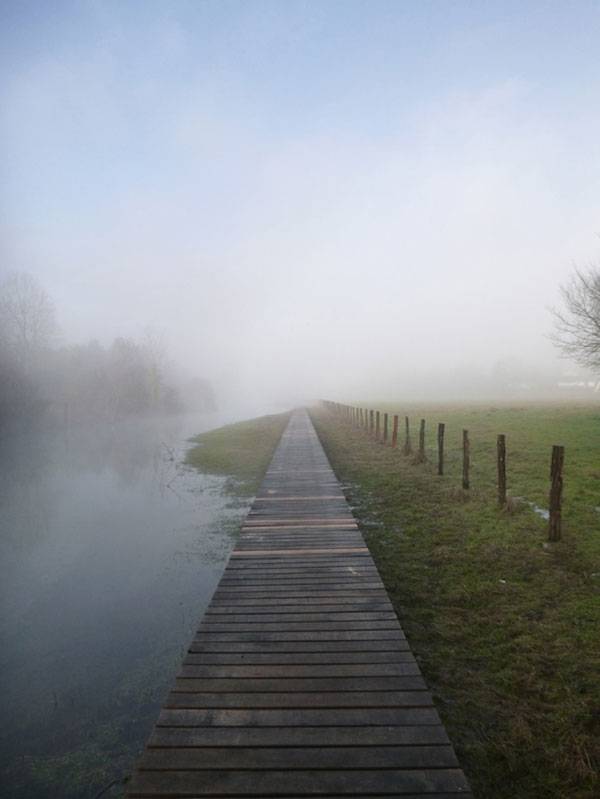 The geometric contrast that can be noticed in the area is of definite importance. The boardwalk’s radical lines appear in beautiful and quite striking contrast with the natural, sinuous curves of the river, making the whole outdoor space even more interesting to discover and explore. This project has benefitted from what can be presented as a minimal man-made intrusion, but the final result is spectacular, to say the least. The landscape was brought once more into the center of attention, with carefully chosen elements coming to complete the final image and stimulate the aesthetic taste of any visitor. After reading about this project, there is only one question that is worth asking: How intrusive should the influence of landscape architecture be over a respective space? 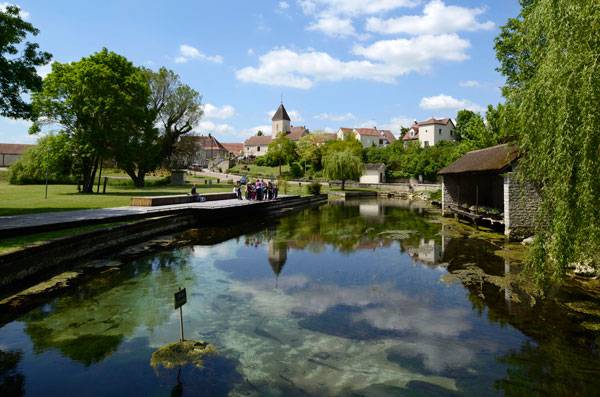 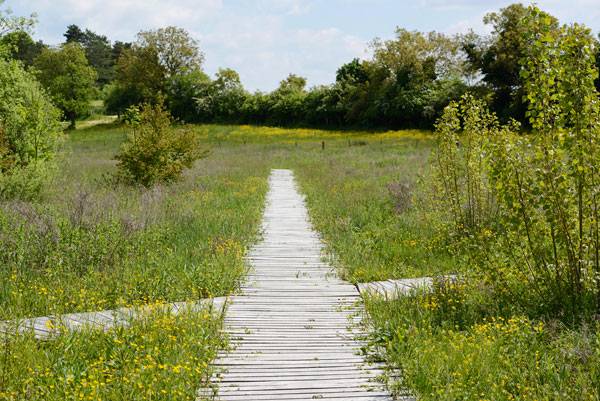