Thessaloniki New Waterfront Landscape Design by Nikiforidis-Cuomo Architects in Thessaloniki, Greece. Thessaloniki is the second-largest city in Greece, with more than a million inhabitants. Developed along the coast of Thermaikos Gulf, the city’s proximity to the sea has defined its character to a great degree. The “in-between” of sea and city became the object of an architectural competition held by the Municipality of Thessaloniki in 2000. The architectural firm Nikiforidis-Cuomo Architects won the top prize. The project was completed in 2014 and has already become well known and enjoyed by the citizens of Thessaloniki, as well as by city visitors. 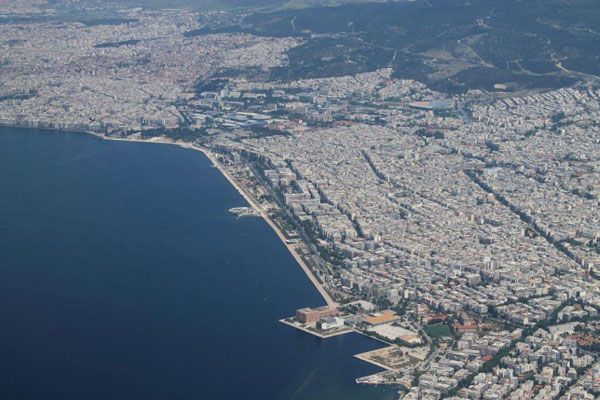 Aerial view of the site. Photo courtesy of Prodromos Nikiforidis

The three kilometers-long promenade starts from the White Tower of Thessaloniki, an emblematic city landmark, and reaches up to the New City Concert Hall. The intervention unfolds in two parallel zones along the water. Each line differentiates in terms of function, scale, and character. 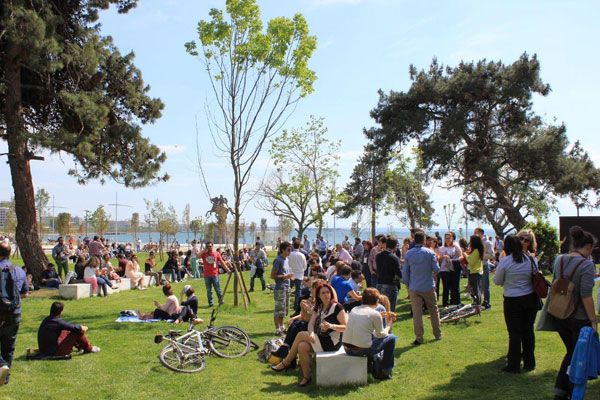 The two project zones are The Breakwater and the Inner Gardens: The Breakwater The Breakwater zone unravels right along the water surface. It is the place for walking, running, and enjoying views of both the city and the sea. The motion on the Breakwater reflects the motion of the water surface. The visitors come in contact with light, the sea breeze, and a wider sense of perspective. The wooden deck right along the water’s edge marks the boundary between land and sea. The linear luminaria along the wide concrete paving create a sense of rhythm across the waterfront and make the place accessible during the night. There is a wide zone for pedestrians and a separate bicycle zone. 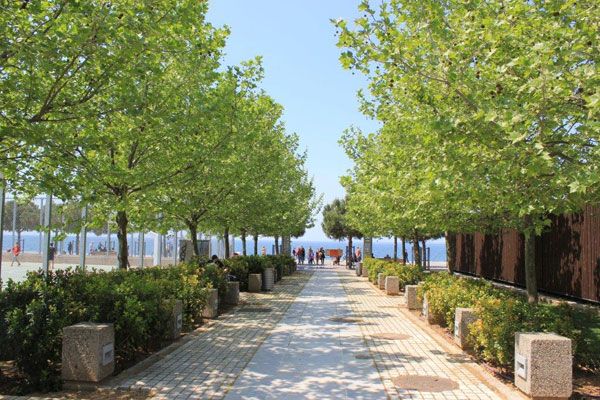 The Inner Gardens A zone of green areas has been developed along the Breakwater and the urban tissue. Instead of designing a long linear park, the architects have opted to create a sequence of open-air green rooms with a variety of characteristics. Sports and recreation facilities have been allotted in each of the gardens. 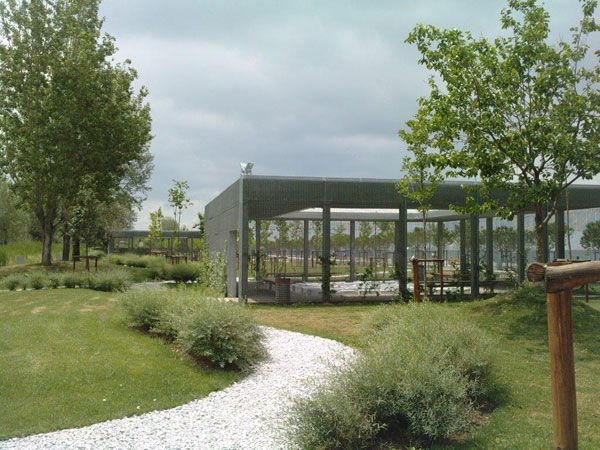 Each Garden Concept derives from a different topic related to the senses, the city memory or the vegetation characteristics. 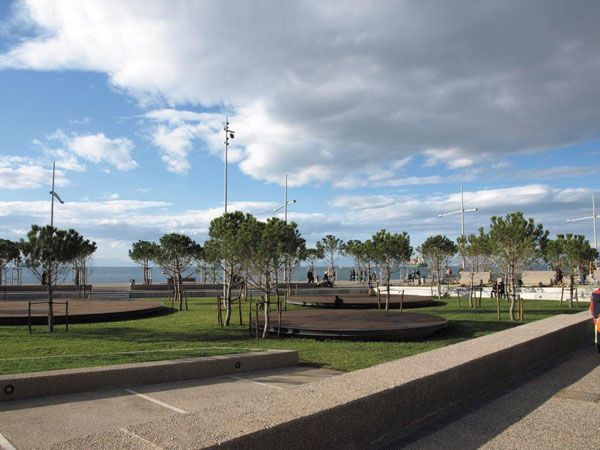 Playing on the Historical Context For instance, the Garden of Alexander refers to the historical king of Macedonia, Alexander the Great. There is a statue of Alexander already allocated in the area. The intervention creates an appropriate context for the sculpture, combined with recreation and green areas. 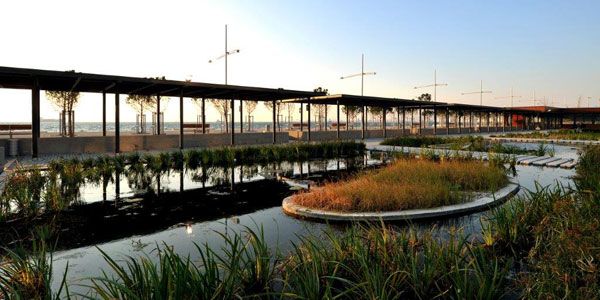 Taking Advantage of Golden Views The Garden of Afternoon Sun has been designed as a mild, natural slope that functions as a viewpoint toward the waterfront, especially during the afternoon. The Garden of Mediterranean has been created by enhancing the existing vegetation, mostly large trees, with orchard trees and Mediterranean herbs. The existing walking routes have been maintained and paved with stabilized soil, in order to create a natural result. Visitors can relax at various sitting areas and a small open-air café. 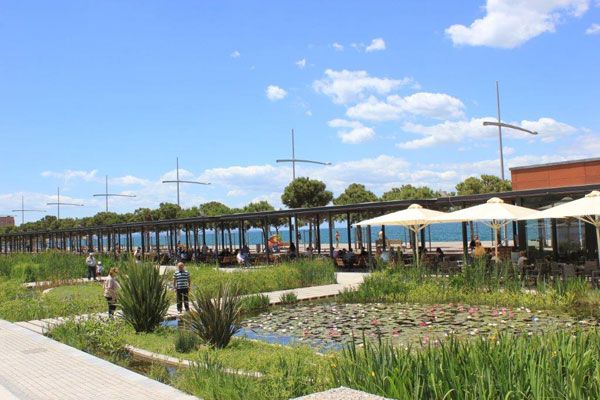 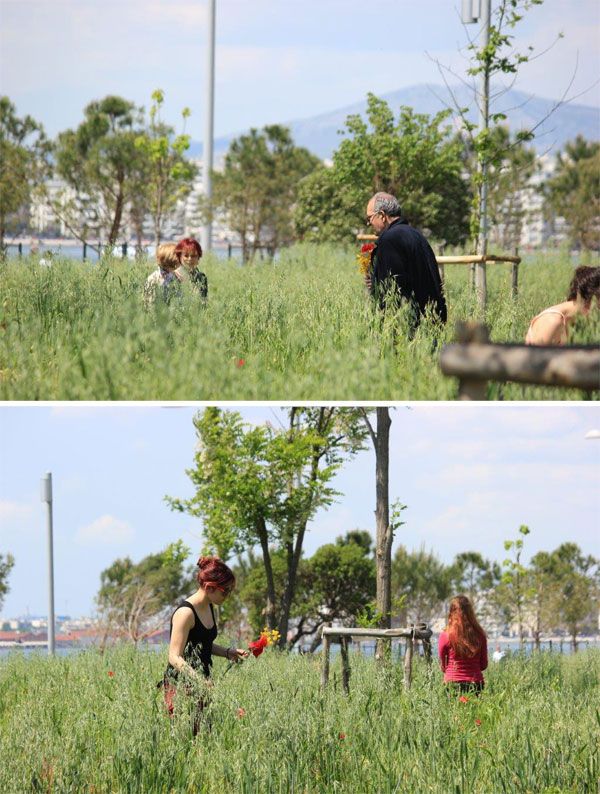 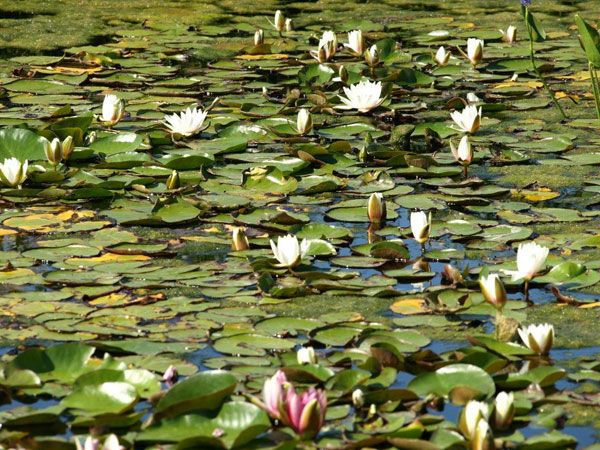 Open-air Rooms The idea of open-air rooms is a clear reference to the pre-existing landscape of the area. There used to be small, domestic gardens that reached the natural seashore, before the landfill of the coast. Interpreting public space in terms of private function is an interesting perception. It allows for small scale, intimacy, and a sense of community to develop in a large-scale intervention. 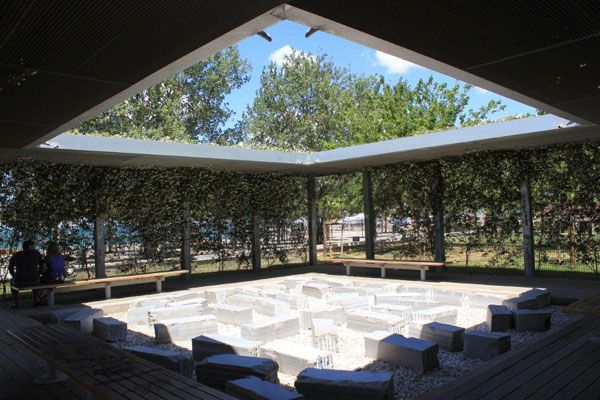 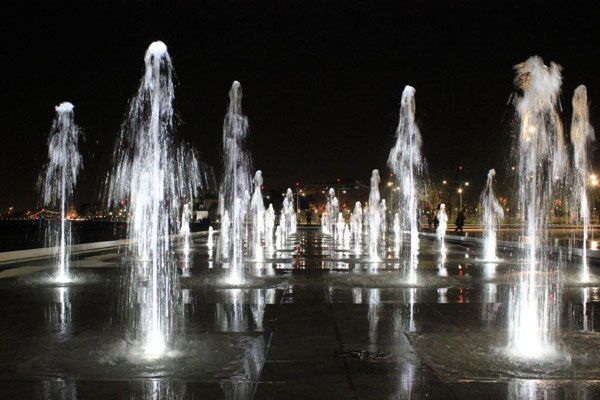 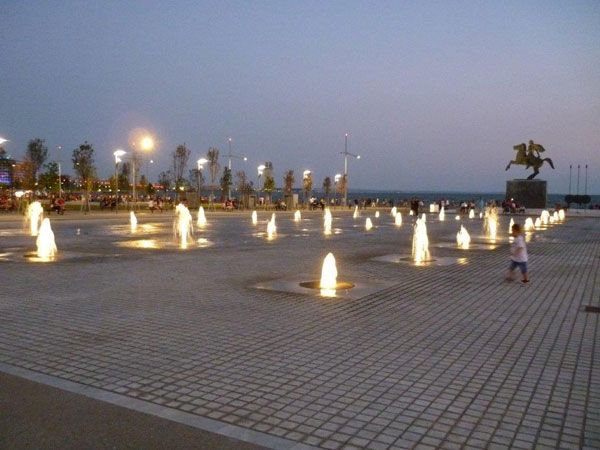 Greek, urban landscape has recently become an object for contemplation and intervention for architects and landscape professionals. A number of architectural competitions regarding parks and public squares have been held. The New Waterfront of Thessaloniki Landscape Design has also been a competition object, as previously mentioned. 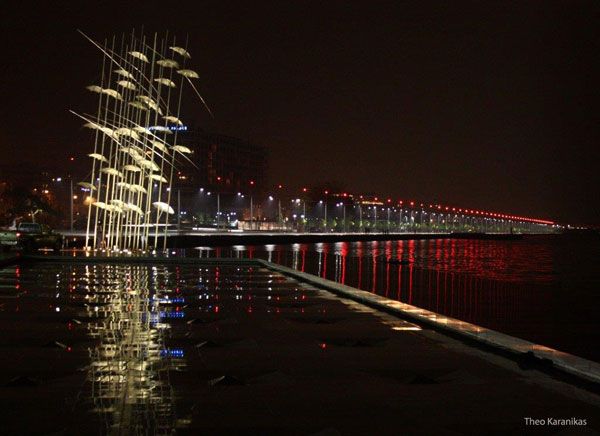 What are the major values of this project? What I would consider as one of the project’s major values is the introduction of a new mentality regarding urban space and landscape construction in Greece. This project could and should function as a role model for designers and builders in order to define the image of the contemporary Greek city. It embraces the Mediterranean character, it awakens the memory, and it enhances the urban landscape with contemporary design elements. 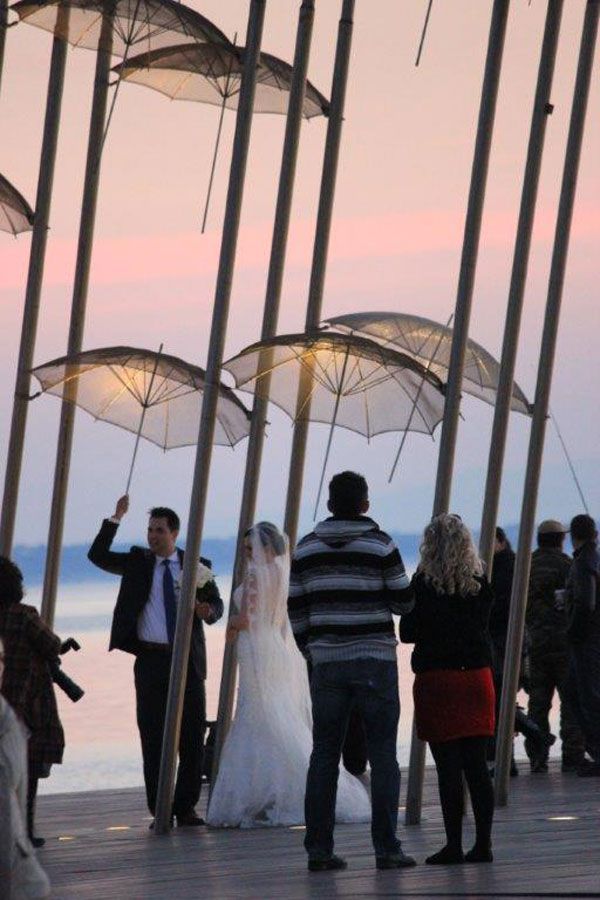