Have you ever heard of the word tūndar? Tundra derives from the Russian word tūndar, meaning treeless plain. Tundra is the coldest of all the biomes, with the lowest temperatures and shortest growing seasons. It is characterized by extremely harsh conditions, poor nutrients, wind, and drought. Still, some unique plant species not only survive in the tundra, they bring beauty to the modest scenery. Tundra landscapes may be technically divided into three biome regions: arctic, alpine, and antarctic tundra. Generally, those three tundra types cover parts of the northern hemisphere, including the northern parts of Russia, Canada, and Alaska, as well as American Cordillera, the Alps, and other mountains worldwide, reaching to several Antarctic islands.

To survive in such severe climate zones, tundra plants have developed some unique characteristics. For example, very few trees grow there because of the permanently frozen soil layer, called permafrost, which doesn’t allow deep-rooted plants (such as trees) to grow. However, there are a variety of plants, including low shrubs, flowers, grasses, and mosses, which definitely have a lot to offer. Take a look behind the scenes of the most amazing tundra plants for landscape architects: 10. Saskatoon berry (Amelanchier alnifolia) 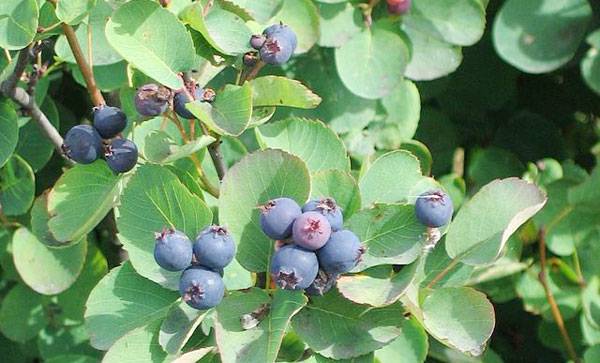 Resembling blueberries, the fruit have a waxy bloom.. Credit: CC BY-SA 3.0, by Meggar

A. alnifolia is a fascinating shrub due to its multiple ornamental features: delicate white flowers in spring, tasty blue berries in summer, and dazzling yellow and red fall color. It is also useful for controlling erosion through its knitting rhizomes, without being aggressive. A. alnifolia is extremely hardy and highly adaptable to hills, rocks, or stream sides. 9. Tundra rose (Potentilla fruticosa) 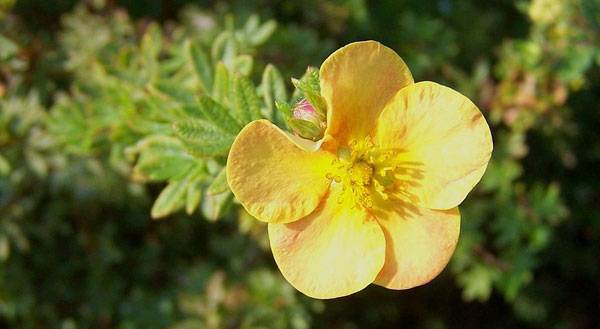 Another flowering shrub, tundra rose is often used as an ornamental plant by landscaping firms because of its hardiness and low maintenance. P. fruticosa is an appealing shrub in the wild and has variable cultivars, with flowers from white to yellow, orange, and pink. All the cultivars are hardy and produce small but abundant flowers, fascinating through their vividness. 8. Labrador tea (Rhododendron groenlandicum) 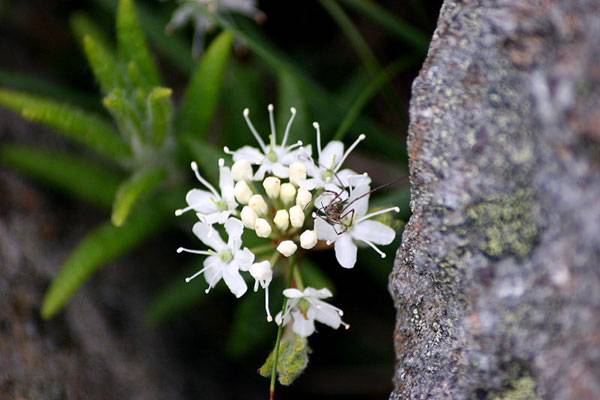 R. groenlandicum is vivid, too, but in a rather different way. It is a low, slow-growing shrub with evergreen leaves that are used to make tea for treating colds. This attractive, sweet-scented shrub needs only moist acid soil to show its full brilliance. Along with other advantages, the plant is used in closets to protect against moths. Not quite the ordinary plant to have in your garden, but why not try something outlandish? 7. Northern redcurrant (Ribes triste) 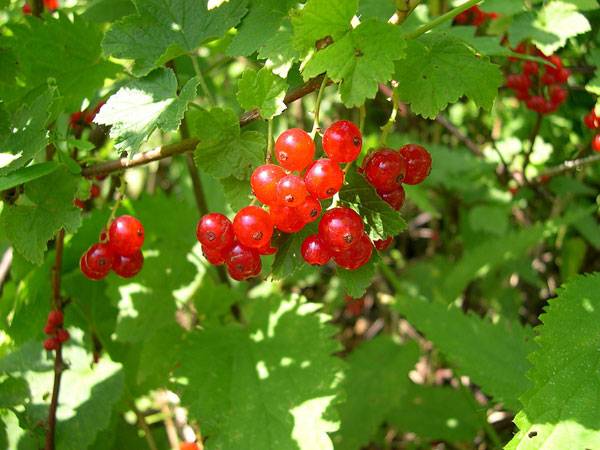 Or try something reddish. R. triste is a flowering shrub that grows in wet, rocky woods and on cliffs. Often used in mixed borders and small urban gardens as a year-round structural element, its edible, bright red fruits and nice reddish fall color may add a pleasant sense of warmth to your urban landscape. 6. Bearberries (Arctostaphylos spp.) 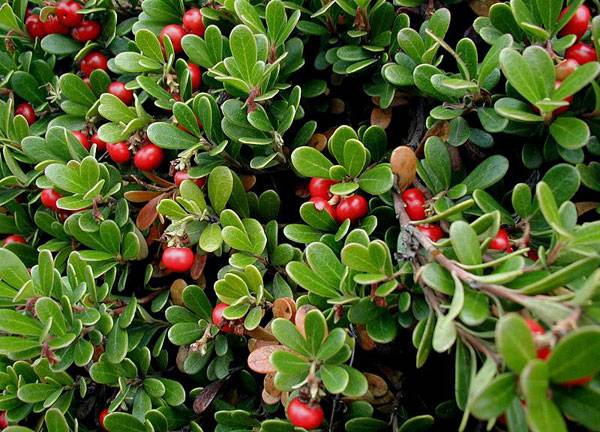 Speaking of urban landscapes, have you ever wondered how to landscape a poor-soiled plot with a low-growing perennial, requiring minimal care? Bearberries are the perfect solution. Landscape architects use them as ground cover on hillsides, rocky grounds, or under trees and shrubs. If put along rock walls, a Bearberry cascade will soften the appearance of the overall picture. Related Articles:

5. Purple saxifrage (Saxifraga oppositifolia) Another rock-breaker, as its Latin name suggests (Saxifraga means rock-breaker), grows in barren, rocky landscapes in all kinds of cold temperatures. It is an evergreen cushion-forming perennial, which forms alluring magenta to pale pink or white cup flowers. Although the plant isn’t easily available, it can be grown in gardens if planted in very dry spots. It can also be used in rock gardens to “break up” the rocky scenery. 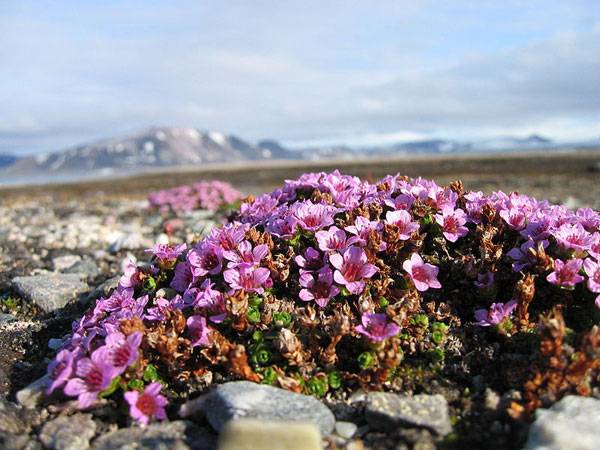 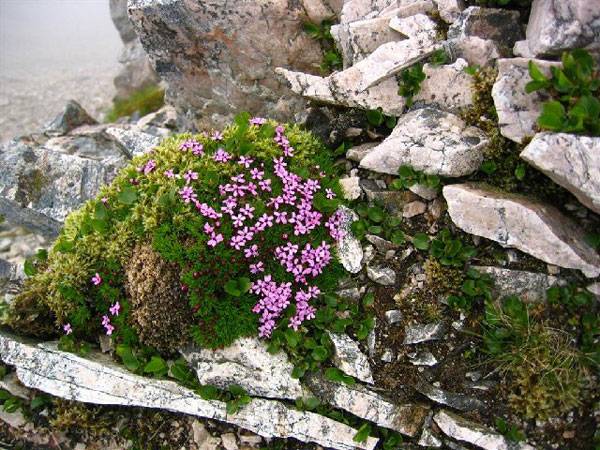 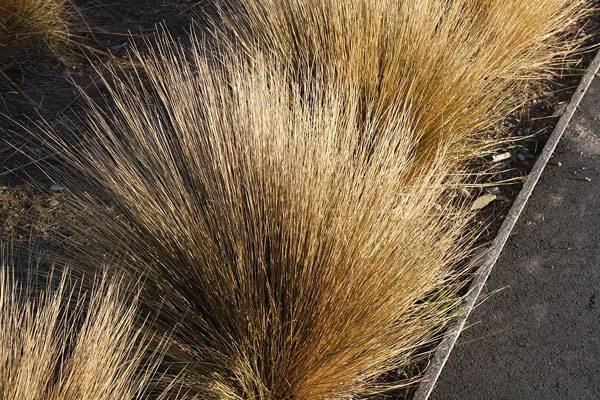 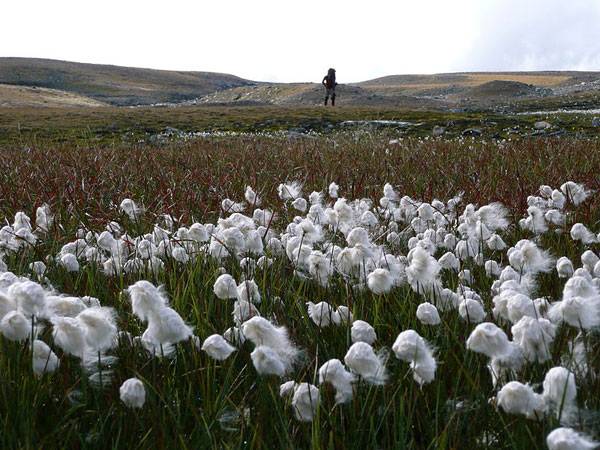 Even more pleasing views are created by the white, feathery flowers of Cottongrass. This hardy herbaceous and aquatic sedge is the perfect choice for water gardens or patio water containers, bringing fine taste and subtlety into the garden. 1. Reindeer moss (Cladonia rangiferina) 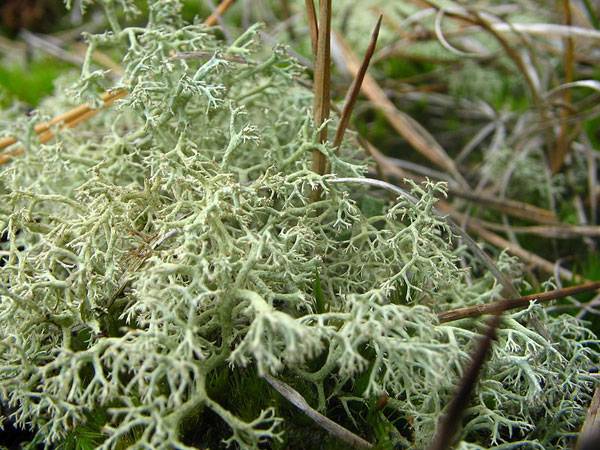 One last representative of the exceptional tundra wildlife is Reindeer moss. Although this is lichen, not a plant, it is actually broadly used in home and outdoor decorations, architectural models, and dish gardens, perhaps due to its bizarre beauty. There are so many uses for such miniature plants, hardy and delicate at the same time. Is this the secret of tundra plants? To have the multiple characteristics that allow them to survive and still be beautiful in that eccentric, yet enchanting way? Recommended Reading: