Artificial intelligence, or AI, is a buzz word that is currently taking the world by storm. AI has infiltrated almost every sector and is being used to create better products and services. But what exactly is AI, and how might it effect urban design? What are the potential benefits and things designers need to consider for the future? In this article we look at some of the ways AI is already influencing the city and examine what impacts these may have on our profession in the future.

What is Artificial intelligence?

Artificial intelligence is the term used to describe how machines can be trained to learn from experience using data analysis and advanced algorithms to better achieve specific goals. Although the term was originally coined as early as 1956, AI has become increasingly popular in recent years with advancements in information technology and data gathering.

Autonomous or self-driving cars are already a reality. Finnish firm VTT has developed a fully autonomous vehicle called Marilyn that uses LiDAR to ‘see’ through adverse weather conditions like fog and snow to detect and avoid pedestrians in the road. Artificial intelligence is used to process information gathered from sensors and share this information with other vehicles in an interconnected network.

This advancement in urban navigation will result in less congestion in our cities. It will also be possible to design safer shared surfaces where vehicles and pedestrians can coexist without incident. Self-driving cars are likely to amplify the current trend in reduced car ownership. Think tank Rethink predicts that by as early as 2030 ‘95% of U.S.  passenger miles traveled will be served by on-demand autonomous electric vehicles’ reducing the need for personal car ownership. This will result in an overall reduction in the number of vehicles on our roads, meaning that streets will be able to be narrower, with fewer lanes. 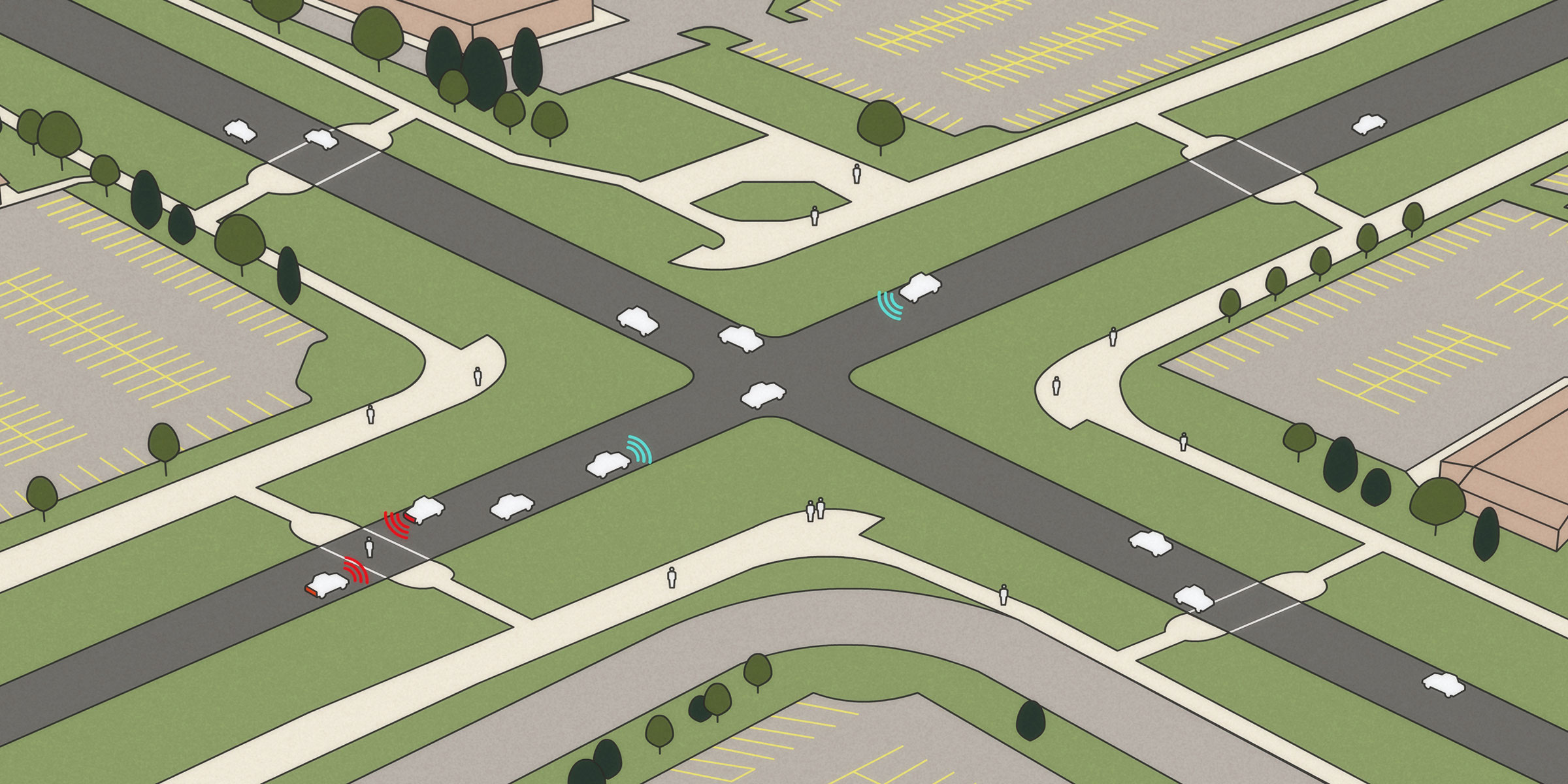 2. Autonomous Vehicles will Alter the Fabric of our Cities.

‘On-demand’ autonomous vehicles will enable users to hail a car whenever they need using an Uber style service. This means that parking facilities can be centralised, reducing the need for local parking lots and on-street parking. These redundant parking lots may make way for pocket parks, urban greenways and redevelopment opportunities.

Perhaps one of the more obvious ways in which AI can impact the city is through quick and smart analysis of data to enable energy efficiencies. For example, UK based firm Vivacity is using AI to develop more sustainable traffic management through better, automatic, traffic light sequencing. IBMIBM‘s Watson Internet of Things and Echelon Corp. have got together to develop an innovative intelligent LED streetlight control system called Lumewave. Utilising  Watson’s ‘cognitive computing system that learns from experience’, the system will use both real-time data gathered from sensors within the light fittings, as well as external sources such as news and weather to intelligently adjust lighting levels as needed.

One of the key benefits of AI is its ability to process large amounts of data quickly an efficiently. This has great implications for policy and spatial planning. For example, advanced computer simulations can better predict urban flooding, helping to identify opportunities for development, and minimise flood risk. AI allows designers, policy makers, and politicians to gather data about public realm usage to make better decisions regarding resource allocation and spatial planning. In the future, Ai will also enable designers to run virtual computer simulations of their proposals to analyse their efficiencies and help design out conflicts, crime, and antisocial behaviour.

The Massachusetts Institute of Technology (MIT) and Harvard University have developed an AI system that is able to predict urban decay in five American cities. By showing groups of people 1.6 million pairs of photos of urban environments taken several years apart and asking them questions about their preferences for these environments, the AI system was able to predict which urban environments would fare better in the future, and which would decay. Interestingly, the research identified that higher levels of education and access to business districts were a better predictor of the success of neighbourhoods than either income or house prices 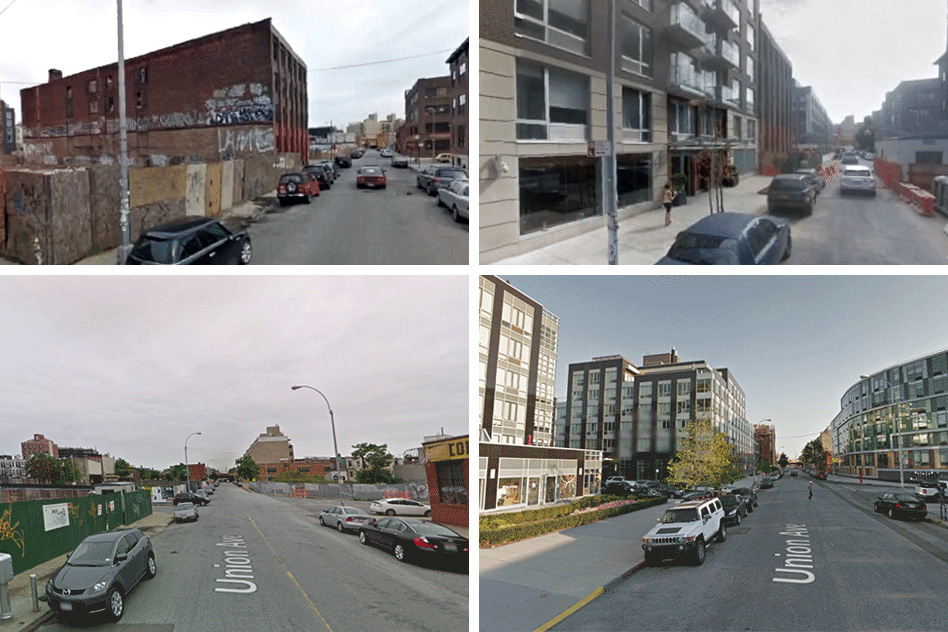 A possibly contentious issue is AI’s role in the workplace. Some experts predict that in the short-to-medium term AI may allow for greater automation of tasks, thus reducing the number of hours humans need to spend in work. This reduction in work time and increase in leisure time will result in a reduced demand for office space in the city and increase demand for leisure facilities including parks and urban green spaces

In 2016 the phenomenon of Pokémon Go swept the globe. This augmented reality (AR) game saw peak users of over 19 million worldwide, all of whom were out in the city visiting Pokestops and Gyms; many of which were located in parks and other green spaces. The application of AR can impact upon how people use the city, with companies already offering AR apps to help explore urban environments. The data generated from this can also be processed by AI and used to analyse patterns of behaviour in the city and influence the positioning and nature of urban infrastructure. In the future it may be possible for designers to create spaces that can host an almost infinite number of designs, as each user experiences an individual (augmented) reality of a space

AI plays a key role in the Smart City concept. Many municipalities are starting to adopt the concept of Smart City in their governance. This involves data gathering and processing to assist in improving cities and making efficiencies through experimentation and innovation. For example, in the city of Hangzhou in China the local government developed the concept of ‘City Brain’ to use AI to create a smart neural network across the city to analyse and process data from a variety of sources including social media and water supply. The results lead to changes that reduced crime, congestion, and fewer road accidents.

AI in the future

Artificial intelligence is already being implemented in areas as diverse as autonomous vehicles, virtual planning, and augmented reality to improve our cities. In the future AI will further unlock the potential to process vast amounts of data quickly, to make better spatial planning and design decisions. If you are currently using AI in your work, or plan on adopting AI to help develop specific solutions, we would love to hear about it in the comments section below.