Spring Street Park, by Lehrer Architects, Los Angeles, California, U.S.A The historic Old Bank District of Los Angeles is beautiful and has a lot of potential for renovation. In 2013, Spring Street Park opened, occupying a 0.7-acre space in the form of an L-shaped lot. The project was the result of a fruitful collaboration between the Bureau of Engineering (Department of Public Works, City of Los Angeles) and Lehrer Architects. The new urban park serves a need for an outdoor public space in the area. Revival of an old district made possible through urban development of Spring Street Park The architects recognized the potential of the Old Bank District. They have taken into consideration the creation of an urban park, preferring bold designs in order to make their statement. The area needed to be developed as the number of residential properties increased. It is common knowledge that any increase in the residential density will eventually attract a development where the urban infrastructure is concerned. 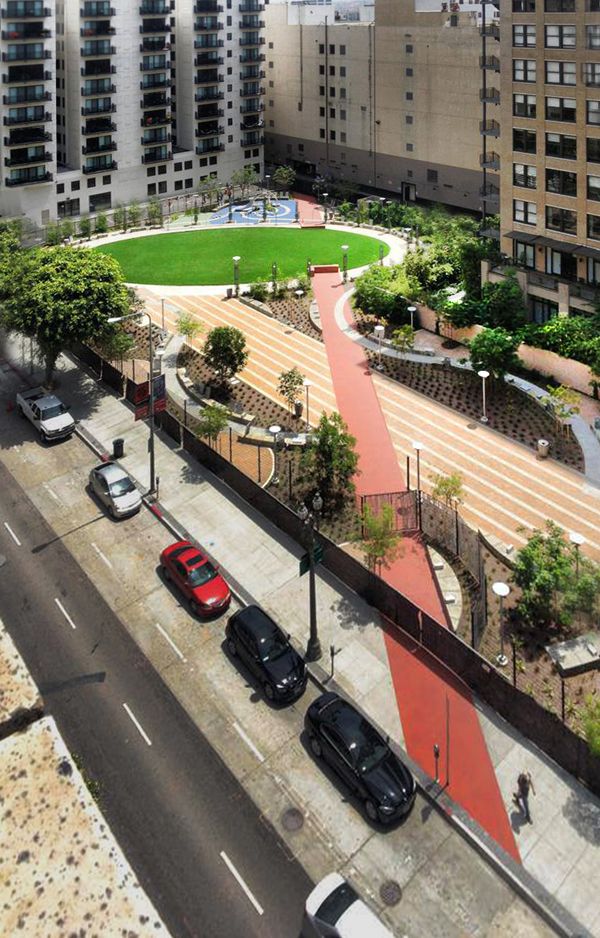 Spring Street Park is a wonderful addition to the Old Bank District. The park was designed to be low maintenance, but also long-lasting and functional. All the elements chosen for the park come together to demonstrate that urban development does not necessarily have to be overwhelming; it can be simple and yet highly functional.

Like any project, Spring Street Park had to overcome design challenges. When the idea for the project started to form, the Old Bank District was marked by overall degradation. Plans for the urban park called for two parking lots to be reclaimed, and this was perhaps one of the biggest challenges to overcome. The idea was that these parking lots were soon to become Spring Street Park. The architects wanted the park to become the focal point of attention in the neighborhood. The project stemmed from genuine passion and was based on bringing something new to an old, historic neighborhood. WATCH: Construction of Spring Street Park – Downtown Los Angeles (DTLA) An even bigger challenge related to obtaining approval for the project. The new urban park was bold and had a unique design. There were many people who had to be convinced that the community would benefit from it. Once again, it was the vision of the talented architects that helped the project become a reality. Related articles:

Elements of detail sparkle in this amazing Spring Street Park

When considering the elements for the park, the architects had to take into consideration the historic context, not to mention the blend between old and new. The park was designed as a response to the needs of the community; the visual appeal had to be quite high, allowing for residents of the neighborhood to enjoy the park up close, but also from their windows and balconies. 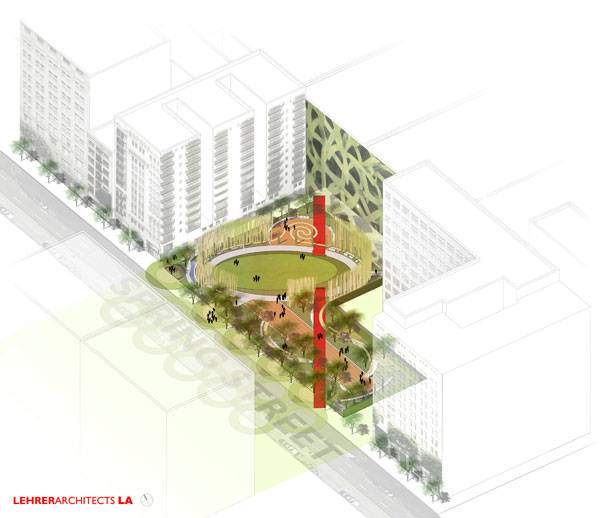 The park was adorned with bench chairs, also designed by Lehrer Architects. These bench chairs are great for sitting, but they are also used for art displays at the monthly Downtown Art Walks. The backs of the seats are made from aluminum, guaranteeing a wonderful show of lights when the sun is high in the sky. The bamboo pattern is elegant and allows for the light to be filtered. Perhaps one of the most interesting elements is the red concrete path cutting across Spring Street Park diagonally. This element is vibrant and somehow manages to bring the park into a modernistic future. Plus, the path can be used for cycling, jogging, or even a simple stroll. Another element of modernism is represented by the elliptical lawn, surrounded by green-screen columns and lights. The bamboo hedge is all around the elliptical lawn, surrounding it to perfection. 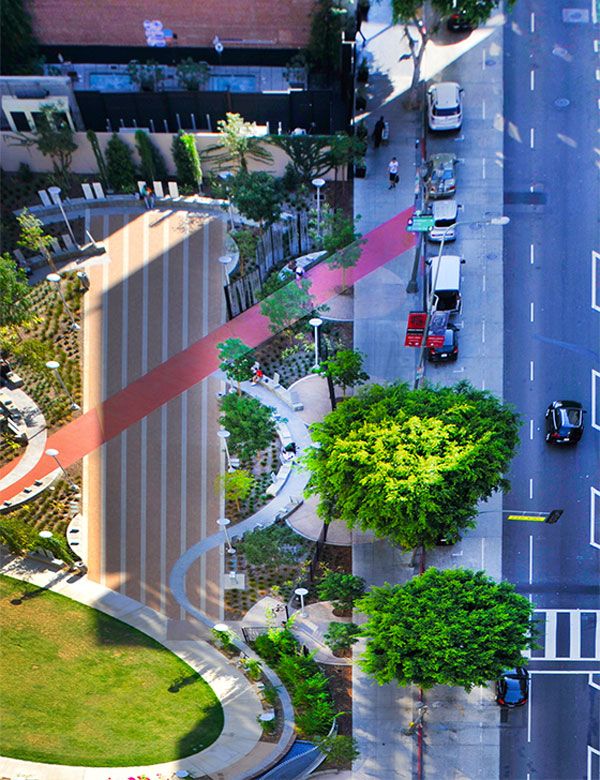 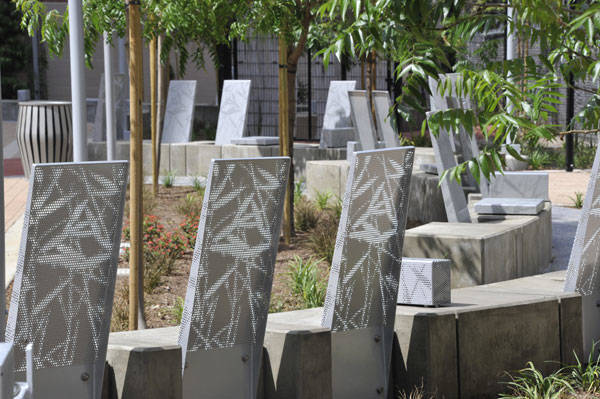 The acoustic element chosen for this urban park is the fountain. This is found near the street, so that it can be enjoyed by people who are walking in the park and also by those who are walking along the street. Aluminum has also been chosen to highlight the entrances to the park. Instead of conclusion, a revelation Urban parks are becoming more necessary in today’s modern world than one would ever imagine. As we are surrounded by so much technology, we need a place such as Spring Street Park to go outside and reconnect with nature. This urban park fully supports the idea of sustainable development, having been designed with the idea of low maintenance and water recirculation. This is the kind of project that every neighborhood should consider. 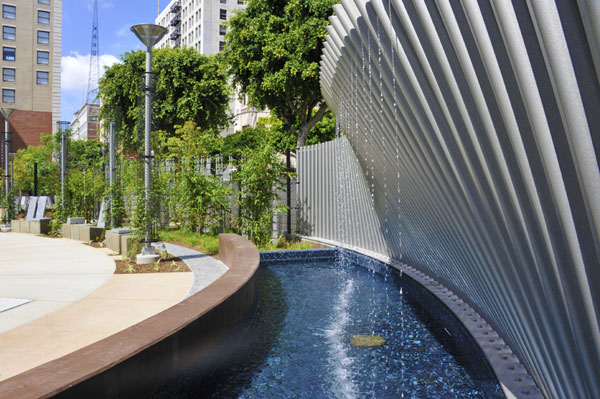