Smart Highway by Studio Roosegaarde. Energy efficiency and sustainability are some words that we use in almost every sector of our life now-a-days. Our planet has become vulnerable and her residents are already started to take care of her. We are conscious, yes, but are we smart enough? This is the very question the concept of “Smart Highway” brings before us. Smart highway is an innovative concept that targets the time yet to come. It is a result of the “brain” of Daan Roosegaarde, the designer and the “hands” of Heijmans, the builder and developer. We need collaboration between different fields to find the solutions of problems and difficulties of the contemporary world. Smart highway is a groundbreaking example for this kind of inter-expertise collaboration and effort. 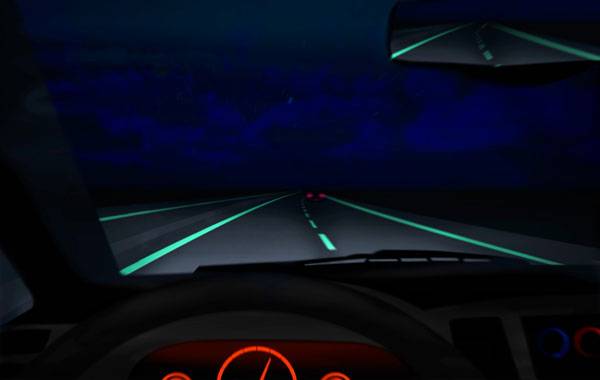 The Smart Highway to Success

Ever thought of a highway with literally no road lights, to be safe? Or road lights that only lit when you are passing? What about an interactive highway that will talk to you about the weather condition? Or a one that will charge your vehicle while driving? – maybe you haven’t, but good news is, those “smart” people already have. So, want to take a quick drive on the “Smart highway” where art and technology goes hand to hand? Let’s go! The concept of smart highway The idea of a more intelligent way of transportation is not new. But the effort was primarily focused on vehicle development. The designer Daan Roosegaarde says, “When we look at highways, why is so much money and time and energy spent on cars? But the actual roads themselves are still stuck in the middle ages.” Sounds like that little word “why” gave birth to the innovative and the most beautiful concept of the future highways. 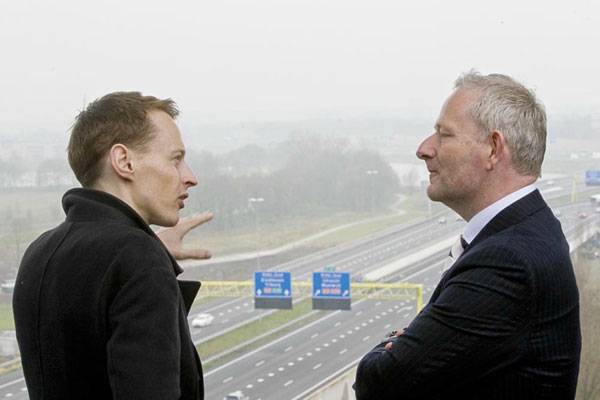 When people are doing something for a significant period of time, they can’t look back and think of a new way of doing that themselves. It takes a dreamer’s mind to come up with a new concept and tickle people, to set them free. In Roosegaarde’s word, “How can we make truly interactive and sustainable environment which connects people again, for me that is the essence of design.” Studio Roosegaarde’s partnership with Heijmans makes the dream’s way to reality. Why is it called “Smart”? Smartness can be referred as the ability to cope with the situation faced with intelligence and making the best out of it. For the new innovation of Roosegaarde it is similar. The smart highway is not just a lifeless road but it’s sensitive and intelligent. How the highways are anticipated to be intelligent, interactive and sustainable can be understood from the features they offer. WATCH: Accenture Innovation Awards 2013 – Smart Highway The glowing lines: Going through a fairy tale When in the dark the highway is lined with some light emitting lines; glowing lines, what the experience can be called rather than “Going through a fairy tale”? That is what Daan Roosegaarde calls it. The lines are made of photo luminescent paint which can absorb energy during the day and illuminates at the dark up to 10 hours. With this glowing lines any extra lighting for the highways are unnecessary. This will give the experiences of light and information. WATCH:  First Glowing Lines Smart Highway by Daan Roosegaarde Dynamic paint: A weather forecast “Why don’t we have information on the road only when we need it?” Here comes the designer’s “why?” again. In US, nearly 7400 people are killed in crashes and over 673,000 people are injured each year. 24 percent of these crashes are weather related. How many of us never experienced the danger of slippery road for not knowing the road’s condition before head? Well, the smart highway will alert you if the road deck is slippery. 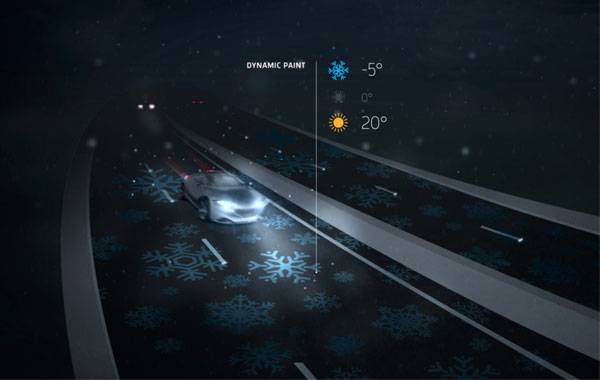 Studio Roosegaarde developed thermal sensitive paints that pop up when it’s cold and disappear again when the sun comes. So some beautiful and illuminating snowflakes will be there to notify the drivers that the road can be slippery and dangerous. Electric priority lane It’s quite normal that driving cars burn fuel or energy. But how about gaining energy to go some extra mileage by driving? Sounds impossible, right? But when the highway is smart, it’s not. To make it possible an electric priority lane is included. It uses induction coils under the tarmac that will automatically recharge the electric cars as they drive on it. Related Articles: 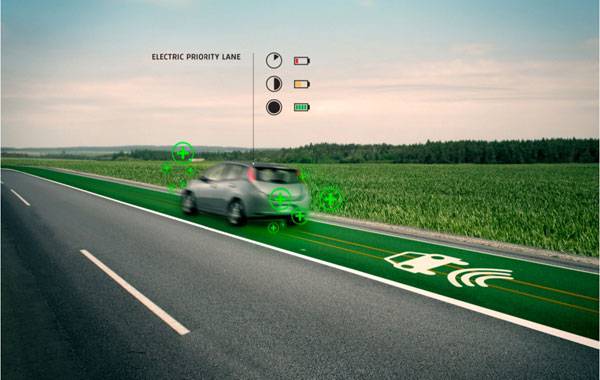 Interactive lights It is an innovative way of eliminating road lights that are always on and thus causing more energy and money. Statistics show that public streets and highway lighting, including commercial and institutional buildings, consumed about 274 billion kWh in US. These interactive lights are sensor controlled and will only lit when the traffic approaches. By following the coming and going off the lights drivers can know how fast they can drive too. Wind lights 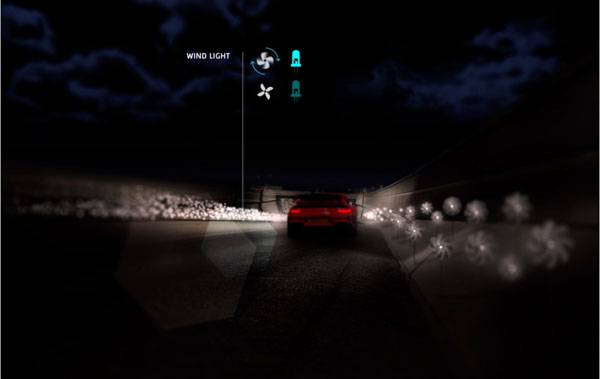 These fixtures can generate energy to light up from the air flow caused by the passing cars. The small wind mills with lamps at the center connect to small simple sensors. Wind lights are another option to cut the energy consumption by the conventional road lights. These will give a sense of interactive travelling. Merging the roads of imagination and innovation Roosegaarde aims to merge dream and reality. Creating interactive and sustainable designs like “Smart Highway”. Making a more innovative landscape possible as everything happens there. The team has launched two of their projects- Van Gogh Roosegaarde bicycle path and The Glowing Lines. The studio confirms that they are going to launch new projects at the end of 2014 and also next year where the other concepts of Smart Highway will be implemented. Until that they will keep upgrading and developing them further. WATCH: Van Gogh Roosegaarde bicycle path in Eindhoven So, “Going through a fairy tale”? Or “Cool Matrix like roads”? We can call it whatever amuses us. But the Smart Highway is here to give the new world an opportunity. It’s not just about new technologies and new designs. It’s about creating new mental maps to pushing people to think about the future. It’s about the life style, how people experience the design. WATCH: Before you go, Dutch designer Daan Roosegaarde has a few words for us Recommended Reading: