Urban agriculture is a conundrum for municipal planning agencies. The ‘Euclidean’ approach to zoning that has guided the growth of cities over the last century delineates incompatible land uses that, if not separated, could cause annoyances, health hazards and loss of real estate value. Zoning could, for example, prevent a factory from being placed in the middle of a residential neighborhood.

This type of zoning has also dictated that agricultural activities be confined to specific areas, generally on the outskirts of cities, to prevent the unpleasant sights, sounds and smells that are associated with certain types of farming operations such as concentrated feed lots or chicken houses. Many people are shocked to discover just how restrictive zoning ordinances can be in regard to food production. In some areas, front yard vegetable gardens are against the law and chickens are still illegal in many jurisdictions. The sale of produce has rarely been a permissible ‘home-based occupation’, precluding market-based urban agriculture.

There is an obvious logic to the ‘separation of uses’ rationale, but the intentions behind urban agriculture are quite different from other forms of farming and it is certainly not what previous zoning ordinances concerning agriculture have been based on. Changes in land use law take a while to catch up with changes in public interest and market demand, but there are several ways that they are beginning to change to be more accommodating to urban food production.

In general, there is a trend towards allowing a mix of uses with a recognition that the overemphasis on separating residential areas from employment centers and shopping districts has contributed greatly to suburban sprawl – enemy #1 for urban planners. The key to making mixed use districts work is effective design. Municipal planning agencies impose design standards in mixed use districts to ensure that residences, office buildings, shopping centers, and even light industry can coexist side-by-side in harmony – something that landscape architects play a large role in. 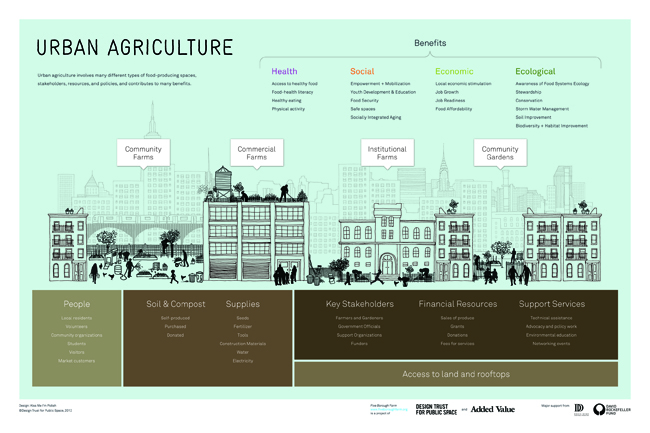 Mixed use designation favors unconventional patterns of urban development, making it one window of opportunity for urban agriculture to find its place, though there are many variations on the theme. Planned unit developments, which is essentially a mixed use district planned as a single development, are the most common. However, in principle, a landowner can petition for a zoning variance to permit agricultural uses of any property, a matter that is decided through a process of public hearings and review by the planning commission.

Rather than being reliant on loopholes in the existing body of land use law, many cities are now opening the door more fully to urban agriculture by adopting comprehensive zoning amendments with the express purpose of integrating it into the urban fabric. These new laws are specifically tailored the modern context of urban agriculture, spelling out exactly what types of agricultural activity are allowed where and rules for the way they are designed and operated. 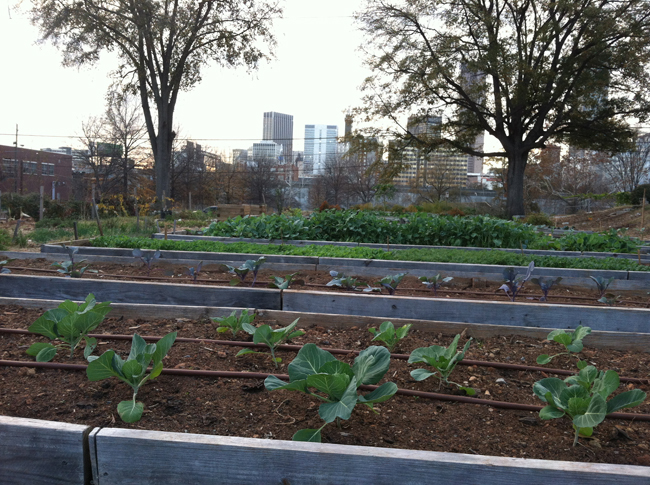 In cities like Atlanta Boston, Seattle, Chicago, Minneapolis, Buffalo, Portland, San Francisco and scores of others, the local government has recognized the value of urban agriculture to make their community prosper and are using their regulatory powers to embrace and incentivize it. Landscape architects are used to following the rules of zoning and design standards in the communities where they work and now the same process can be followed for designing food-producing landscapes, taking some of ambiguity out of the process and helping designers know that they are on solid legal ground.

Part five of a six-part series on urban agriculture