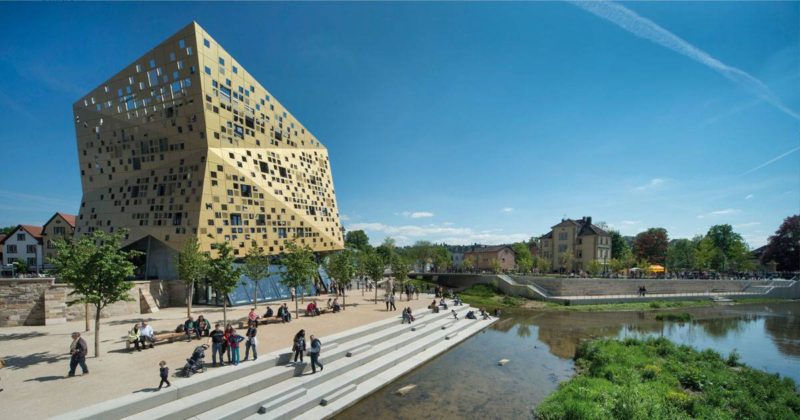 Article by Tahío Avila – Urban development of Schwäbisch Gmünd, by A24 Landschaft Landschaftsarchitektur GmbH, in Schwäbisch Gmünd, Germany. Located in southwest Germany, Schwäbisch Gmünd is a medium-sized city developed at the shoreline of the confluence of two important rivers: the Josefsbach and the larger Rems River. This is one of the oldest Staufer cities, once part of the old Swabia (a historic region in southwestern Germany), which today houses about 60,000 residents. The wet surroundings had an effect on the development of the city, which expanded from its starting point in the delta out toward the inside of the territory. Things started changing with the distribution of the city after World War II, when many German cities were reconstructed in a “car-friendly” way. 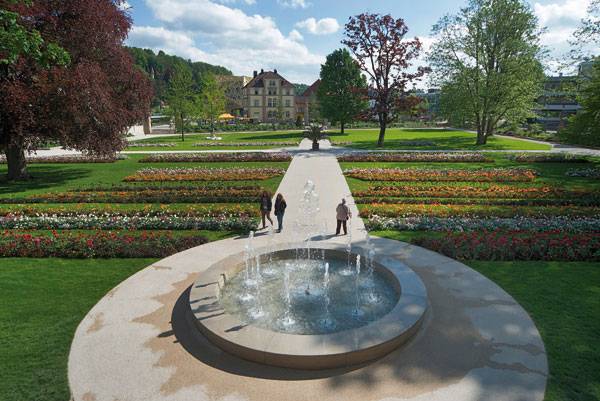 Bringing Back the Green

The plan for the project was to reorient the inner city, including traffic diagrams. A few years ago, Schwäbisch Gmünd had no “green orientation” whatsoever. The city was intersected by a federal highway with a flow of about 35,000 cars per day. The riverbanks where inaccessible and the shoreline was deteriorated by the traffic axis. The city had no identity at all, so A24 Landschaft’s idea was to design a new urban axis and reorient historical urban structures, but especially to design a new green boulevard along the shoreline, with expansive public spaces for all kind of users. The project was designed to give the city a new image and identity, with green paths, sports areas, playgrounds, and public spaces in order to give citizens a quality of life worthy of a great shoreline. 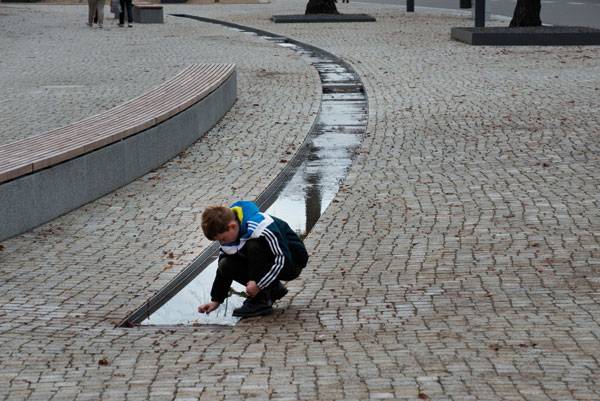 The designers wrote: “The construction of a bypass tunnel completed in 2013 created the opportunity to comprehensively rethink the structure of the city. Schwäbisch Gmünd’s successful bid to host the 2014 State Horticultural Show secured the financial basis for the city’s plans, and a subsequent competition focusing on ideas and implementation led to the commission of A24 Landschaft to design and carry out the far-reaching urban development plan.” 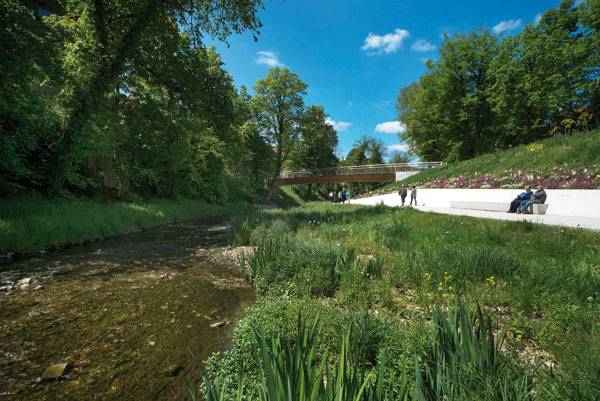 Design with a Purpose

The main idea of this project was to increase a positive identification of the citizens with their city. The designers explained that Schwäbisch Gmünd had a functioning, “well-kept” historic city center; however, that wasn’t enough for inhabitants to feel a connection with an “organized routine.” The designers needed to create new geographical references and define spaces to find that balance between new and known, and the river was already a good starting point. 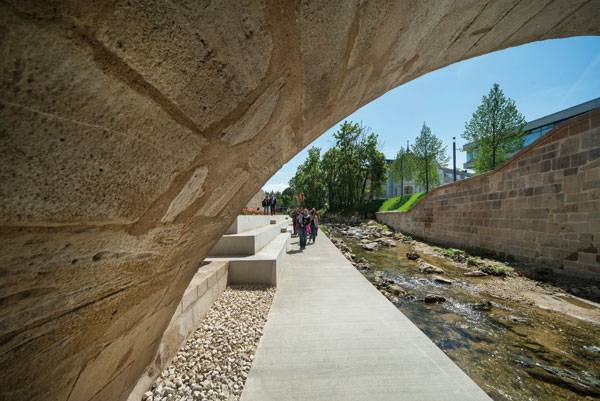 “The river junction is set to become a point of connection between the new and existing open areas of Schwäbisch Gmünd. Between the railway station and the old town, the old Baroque City Garden, Remspark, the Josefsbach and the Rems, as well as the passages to the old town, combine to form a spacious green zone. The public contracting authority has budgeted around 13 million euros for this comprehensive project” A24 Landschaft noted. 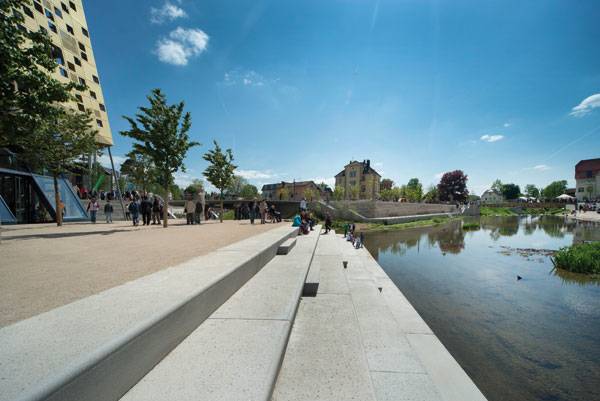 As the river is the predominant and most important part of the city, the project gives another perspective and meaning to the zone. The project included the construction of a bypass tunnel designed for the spatial reorganization of streets, demolition of buildings, and a new urban development axis. The new Josefsbach boulevard has green promenades — clean paths that have a direct connection with the river and/or the inner city at different points, forming a green ring around the old town and granting users a variety of perspectives and spatial effects, such as street-level promenades that connect the old town and the river through a series of public squares and playgrounds for the little ones. 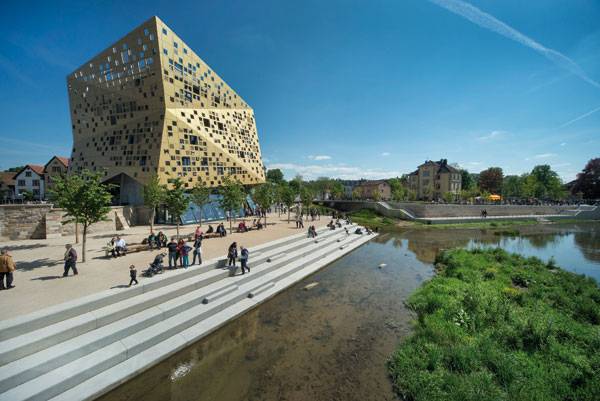 Other open areas have been designed for sport and recreational activities. These include the Gleispark youth recreation area over the railway tracks and Netzvilla, a climbing frame resembling a multi-story villa — the three-dimensional structure provides almost eight meters in height of play space. The green heart of the city is the Rivermouth Park, with long terraces down to the water and an urban beach. 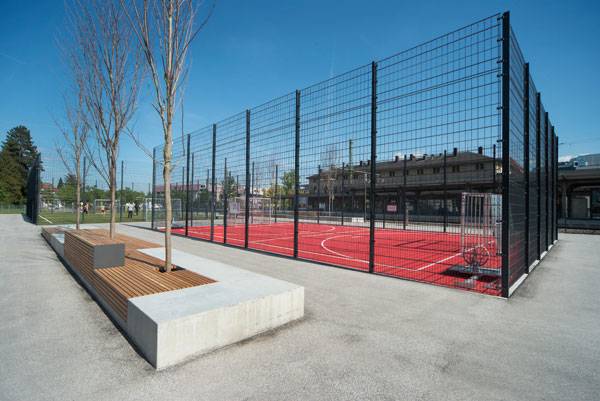 The designers used a variety of construction materials. They go from concrete to cobblestone to sand in different paths. Every material was conscientiously studied for each particular area and situation, integrating the old and the new and creating a smooth transition. The same applies for vegetation: Diverse trees and shrubs species were placed along the boulevard to highlight nature and the construction around it, establishing the project’s character. 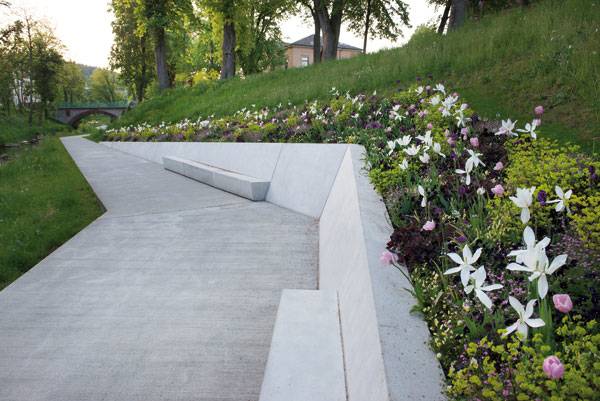 Feedback From at Home and Around the World

A24 Landschaft confirms that there has been social and ecological improvement after the completion of the project. The boulevard, with its diversity of open spaces and activities, has been “warmly greeted” and continues to invigorate the city. The State Horticultural Show was successfully held in the zone, and they announced that the transformation of the city had “significantly improved the opinion of the city for around two-thirds of its residents,” not to metion its approximately two million visitors. The area continues to draw users from all over the region. 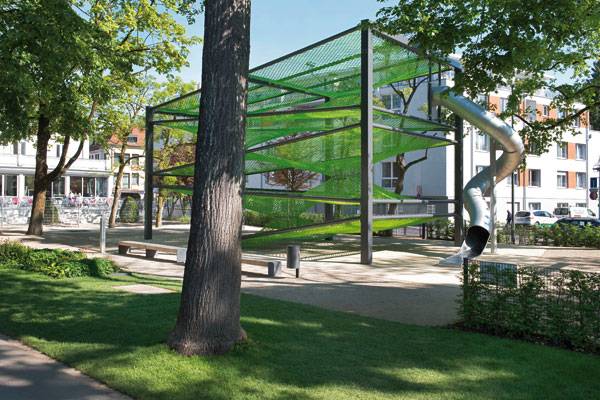 In 2016,this project was awarded the Baden-Württemberg’s Baukultur Prize, which honors “Contemporary, experimental, and forward-thinking building culture.” It would be nice if more cities competed for this kind of award. The cost of the project was a well deserved price for a small city that can set an example to the world on how to make the best of an environment with already existing elements. 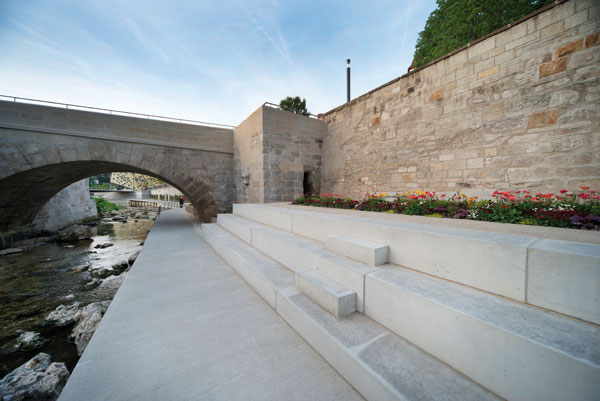 It’s not just about design; it’s also about function. The designers have managed to transform a great space into a number of smaller areas. This design surely strengthens the development of the city in a sustainable way. True fact: Schwäb is a word used to describe the inhabitants of this region, and it literally means Swabia; Gmünd, on the other hand, means “mouth of a river” in vernacular German. Where would you like to see a project developed like this? Tell us about it! 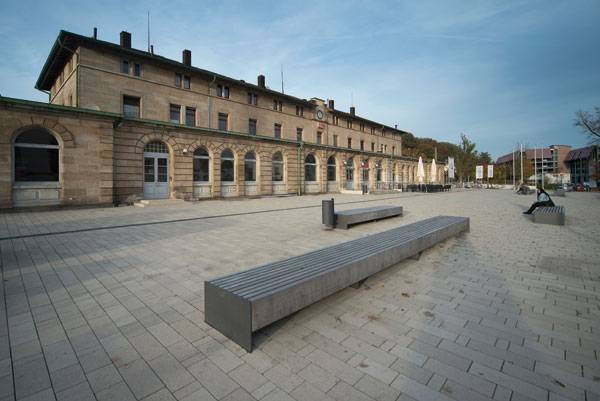