What kind of public space could you create with less than $4 per square foot ($40 per square meter)? In the wake of the economic crisis, Spanish landscape architects EMF were given a total budget of 40,000 Euros ($54,000) to temporarily transform 1,330 square meters (~14,300 square feet) of derelict urban space in Barcelona. 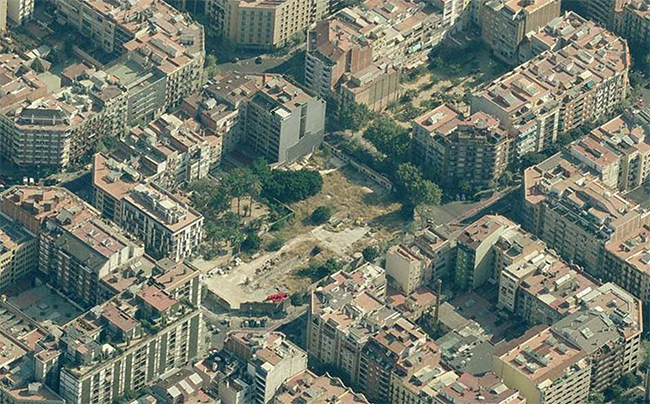 Aerial photo and before shot via Ajuntament de Barcelona

Located in the Eixample district of Barcelona, the neglected pocket of space had been identified as an area for future development. Due to the economic crisis, however, development of the site was temporarily suspended. The area became an unsightly storage facility for waste materials from adjacent construction sites. The city council therefore sought a temporary solution for this ephemeral wasteland. 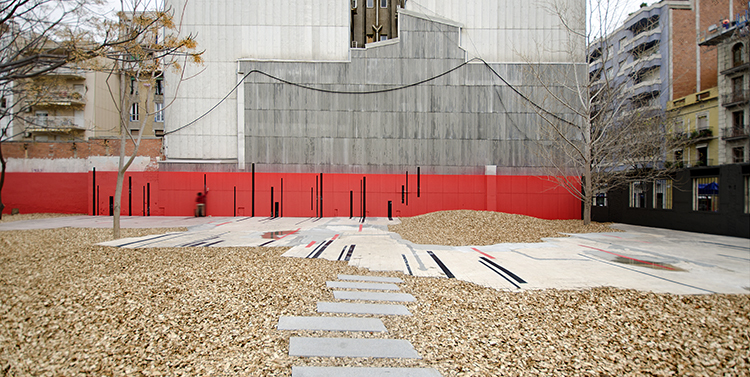 Twenty percent of the budget was immediately spent on making the site safe for public use. With both limited time and money remaining, EMF decided to utilise the existing waste materials as an integral part of their design proposal. They created a catalogue of all the materials on site, making note of types and quantities. The catalogue was then used to reconfigure all the materials into a new public space. 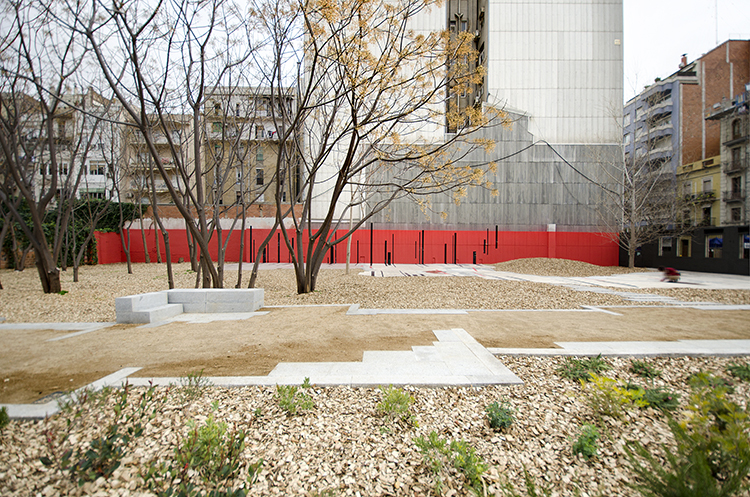 Concrete blocks and slabs were recycled to form pathways and seating areas. Existing trees were retained and surrounded with woodchips, creating a change of texture underfoot. Scented shrubs were planted along the main access route. 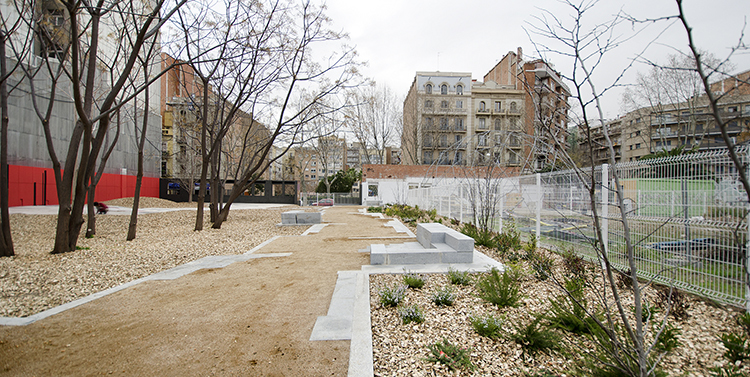 Red and white paint was chosen as a cost-effective yet striking way to enliven the space. The use of bold colours and abstract shapes transform this former wasteland into contemporary work of art reminiscent of a Mondrian painting. Stripes of blackboard paint invite passers-by to engage with the environment, scribbling their own marks onto this giant canvas. 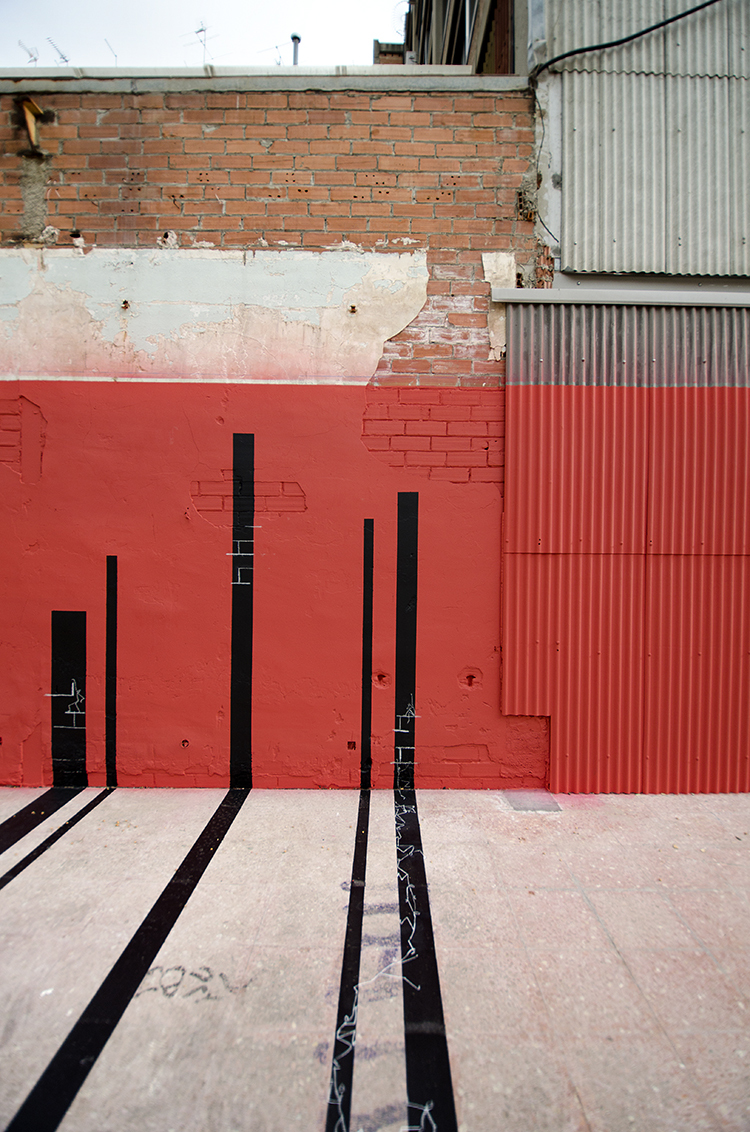 The project forms part of a much larger urban regeneration scheme for the city of Barcelona. The city council has identified fifteen neglected urban spaces to be rejuvenated with a total budget of 900,000 Euros ($1,220,000). Entitled ‘Microurbanització’, the regeneration scheme aims to convert abandoned lots across the city into valuable pocket parks for local residents. All the projects will be completed during 2014.