In the 150 years that landscape architecture has been formally recognized as a profession, there has existed a gulf of separation between our discipline and agriculture. Even though plants, soil, and people are fundamental to each field, the former focuses on aesthetics and the structural functions of human settlements (drainage, access and circulation, integration with the built environment, etc.), while the latter is centered on the process of cultivating edible species for consumption. Recently, however, there are signs of integration between the two disciplines and landscape architects are now being challenged to adopt new methods to mitigate the discord between them. 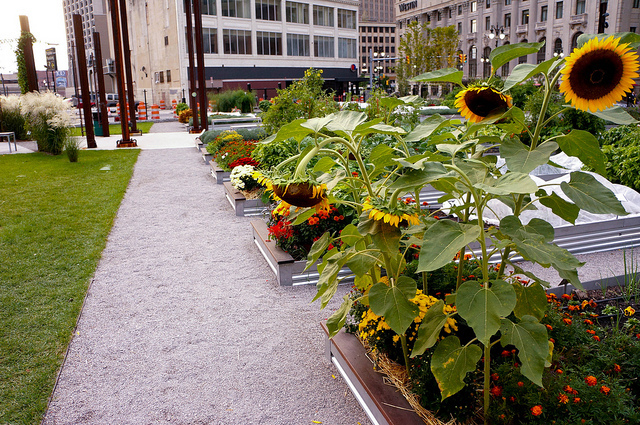 In many ways, environments designed by landscape architects are the antithesis of the utilitarian landscapes designed and managed by farmers. As industrialization and urbanization progressed in the 19th century, agriculture was increasingly viewed as an occupation of lower class and uneducated people–city people often considered the work beneath them. While the local food and urban agriculture movements have started to turn that notion on its head in recent years, there are still major barriers for landscape architects in designing productive landscapes. Here’s why:

A ‘crop’ makes an urban landscape more complicated to manage and maintain. Landscape architects are reliant on the landscape maintenance industry to makes sure that what they design develops as it was intended over time, but maintenance companies are generally not geared to care for edibles, which require specialized horticultural knowledge to succeed. This also adds to the operating cost of a productive landscape, though in theory this can be offset by income from the harvest. There is also the issue of fruit drop and other ‘messy’ habits of edible plants that landscape architects are trained to steer away from.

Landscape architecture is a highly regulated profession charged with protecting the health, safety and welfare of the public through the design of the outdoor environment. Landscape architects are taught to avoid specifying trees like pecans and walnuts near any sort of hardscaping, as their fallen nuts are like marbles on a sidewalk and can create a hazard for pedestrians that landscape architects are then potentially liable for. Including edibles in the landscape presumes that people are invited to harvest them, but what if someone gets sick? What if a child climbs a tree to harvest an apple and falls? If an edible landscape is extended to include bees, chickens, fish, goats or other livestock, these concerns are amplified even more. The protocols for landscape architects to navigate these design challenges are not clearly defined, which makes urban agriculture seem like a pursuit laden with risk.

There is a common perception in the general public that edible gardens lack aesthetic beauty. In turn, many landscape architects are reticent to push the envelope for fear of backlash from their clients. It is true that many edibles, especially annual vegetables, can have a rangy and unkempt appearance, particularly toward the end of the growing season. There are also fewer options for choosing just the right colors, textures and forms in edible plant material than there are with the tremendous array of ornamentals that breeders have developed. In general, edibles are contrary to the notion of the ‘architecture’ part of landscape architecture, which implies a relatively static appearance compared the dynamic nature of food gardens. 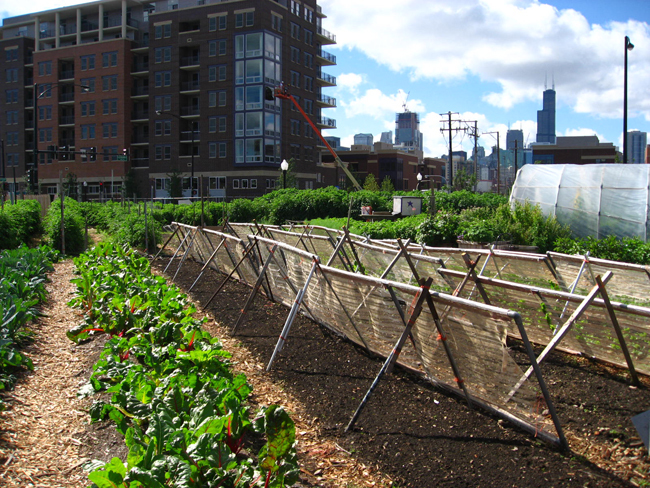 Despite the complications of designing food-producing landscapes, there is now tremendous public interest in urban agriculture. People value the many benefits of healthy, local food and are hungry for the experience of cultivating and harvesting. Urban agriculture is becoming an institution and landscape architects are increasingly called upon to design aspects of these environments. Over the next five weeks, we will explore the ins and outs of designing productive landscapes and, in the process, explore strategies for overcoming the historic rationale for not using edible species.

Part one of a six-part series on urban agriculture