LAN 2014 writer of the year and registered landscape architect Erin Tharp of  Tharp Design discusses the topic “Bad Designers, do They Know They’re Bad?”. Every single person starts design school with the belief that they are good if not great designers. Their dreams, inspirations, and aesthetics are what brought them here and in that first year it is usually an uphill battle to get them to believe that they aren’t necessarily as good as they thought they were. But what is it exactly that makes a good designer and at what point is it safe to label someone as bad? The First Sign of a Bad Designer 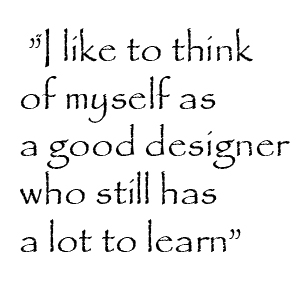 I like to think of myself as a good designer who still has a lot to learn, and I’m sure most would probably label themselves this exact way. But there are those few that believe they are above learning and that their natural instincts are enough to make them great at what they do. This, in my opinion, is the first mistake of bad designers. No one can simply design without having some knowledge behind his or her designs, and with landscape architecture knowledge is the most important thing a successful designer will have. Their knowledge base will include aspects from a variety of disciplines, including horticulture, engineering, geography, history, and art. Without the willingness to open your mind to all of these and more, then your designs will lack not only depth, but could also prove to be hazardous to site users. Ill-held Beliefs Bad designers hold on to their belief that by simply knowing how to lay out an aesthetically pleasing site that they are good at what they do. Unfortunately, these are usually the sites that end up being redone five years down the road when plants get too big and sidewalks begin to fall apart. Other Articles You May be Interested in:

The Second Sign of a Bad Designer The second mistake bad designers make is not being able to take constructive criticism. In design school, this is sometimes called “believing in your designs,” but unless he or her is able to defend their design choices with supported material and rationales then those choices are probably incorrect. A professor might dismiss this obstinacy, but in the real world a bad designer will develop a reputation of being hard to work with rather quickly. Most clients like to take an active role in the design process and a good designer will grow a thicker skin and will allow this. Will They Ever See Past Their Ego? 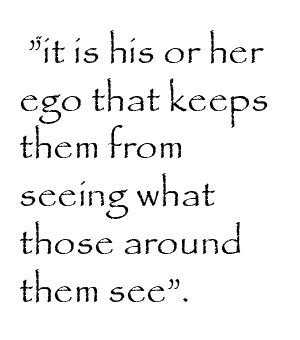 Over time, they will learn that good listening and being able to solve problems are the marks of being not only a good designer but also a great designer. Unfortunately, bad designers never learn this. Instead, they choose to believe they know more than their clients and their designs are the end all and be all. Refusing to compromise to fill the needs of their clients will ultimately be their downfall. But will this finally make them realize they are a bad designer? Unfortunately, the simple answer is probably not. In the case of a bad designer, it is his or her ego that keeps them from seeing what those around them see. Finally, a good designer knows their limitations. I recently had a client ask for a swimming pool design, which I had never done on my own. Rather than tell the client that I would happily do it, I instead informed them of my lack of experience and we reached a compromise where I would simply lay out the outline of the pool but would not be responsible for the construction documents that would usually accompany it. After lowering my rate, the client was happy and I had shown a willingness to satisfy the needs of my client instead of fulfilling my own ego. Limitations Exist For a Reason Bad designers refuse to believe they have limitations and it is these designers that create spaces that fall apart over time. Being able to recognize weaknesses are not something they are able to do and the designs that they produce reflect this. Something Needs to Change, Either You or Your Career Ultimately, if a bad designer is part of a large firm they will eventually realize they aren’t the best when they become a permanent fixture working the CAD desk. After years of producing base plans and construction documents they might finally get the hint that in the world of designers they aren’t the best the of the best, and maybe learn that their ideas on what makes a designer great need to change to fit with what their bosses and clients believe make a designer great. And that will be when a bad designer knows they are a bad designer. Recommended Reading: