In an increasingly technological age, we are seeing many high-tech innovations invade our homes. Devices are becoming more and more intelligent, allowing us to alter the temperature, humidity, and lighting of our homes at the click of an app or suggestion of a voice command. The city is evolving with many innovations that improve the sustainability of the urban fabric and health of the citizens. However, there has been little advance in the design and methods of construction of housing since the Second World War. In this article, we look at innovative new solutions to housing that can provide comfortable and sustainable living in an evolving city.

There have been many innovations in building materials in recent years, such as strong, fire resistant Cross Laminate Timber (CLT), self-healing bio-concrete, artificial spider silk, 3D printed graphene, and of course the much publicised Tesla Solar Roof. All these materials and products will revolutionize the lifecycle of a building from making it stronger and more resistant to damage to increasing sustainability through electricity generation and reduced maintenance. However, there has been little evolution in the form and function of the housing stock. 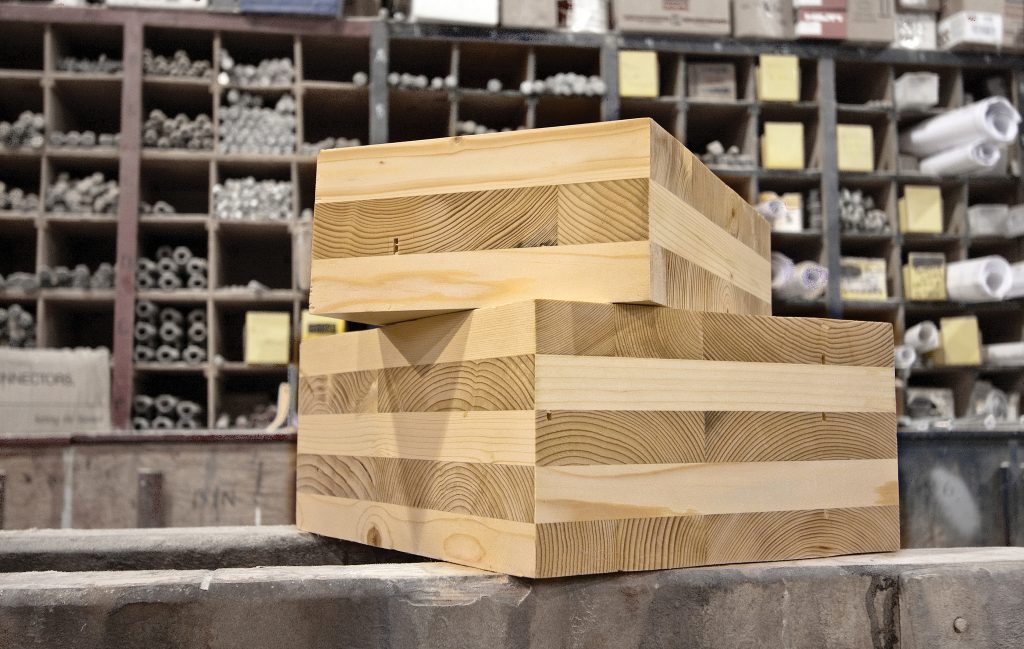 The Current Situation of Housing and the City

Tesla’s Solar Roof tiles exemplify the current trend for providing innovative technological solutions while reinforcing the design status quo. Not only are the tiles manufactured to look like traditional materials, but they are often shown installed on housing that appears to not have evolved in design for the last 50 years or so. There have been some advances in the form of housing with projects such as the world’s first inhabited 3D printed home in Nantes, France. Francky Trichet of Nantes Council notes that, “For 2,000 years there hasn’t been a change in the paradigm of the construction process. We wanted to sweep this whole construction process away.” Building via 3D printing allowed researchers at Nantes University to not only save 20% on construction costs (compared to building a similar building from traditional methods) but also to use forms such as curved walls that would be difficult to achieve by traditional means.

The number of people living together has fallen in recent years with the average household size in the USA in 1960 containing 3.3 people, dropping to 2.5 people in 2010. Figures for the UK show that in 2011, the average household stood at just 2.1 people. Research by the General Lifestyle Survey 2011 indicates that there has been a significant increase in single person occupied dwellings: “The proportion of adults living alone has almost doubled in the last 40 years, between 1973 and 2011 (9% and 16%)”. Meanwhile, UNESCO predicts that from 1950 to 2030, the percentage of people living in urban centres worldwide will have increased from 30% to over 60%. This figure increases to over 80% of the population of more developed regions living in urban centres by 2030.

Cities are evolving and adapting to reflect the changing needs of their citizens. The use of autonomous vehicles is expected to increase dramatically in the future. Artificial Intelligence (AI) is impacting on street design, parking facilities, sustainable transport, and zoning. 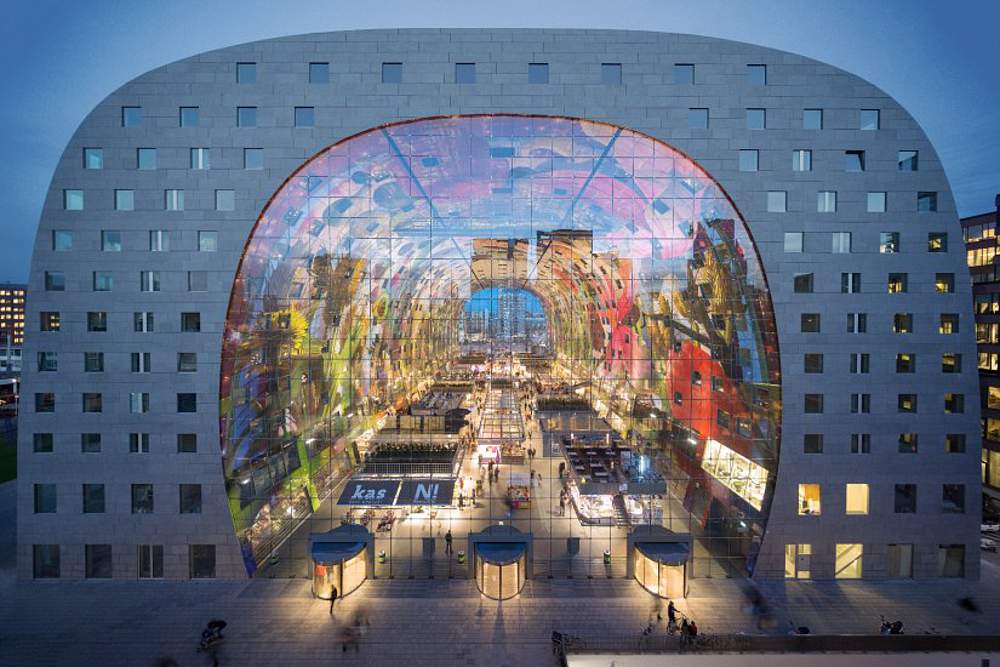 With increasing urban densification, pressures on land-use will increase. There will be an increase in mixed-use development not only at the block level but also in individual buildings. Projects like Market Hall in Rotterdam MVRDV, Cloud City by Union of Architects of Kazakhstan, in Singapore, and VINE by Marchetto Higgins Stieve in Hoboken, New Jersey, USA, and Sukupolvienkortteli in Finland by Arkkitehtitoimisto Hedman & Matomäki exemplify this mixed-use approach with recreation, retail, and service uses, such as day-care facilities included in the building.

With the rise in individually occupied dwellings and increased pressures on square meterage, communal functions within developments will increase. Buildings such as The Bartlett in Arlington, VA, USA by Torti Gallas and Partners features many shared facilities such as communal gathering spaces, gyms, gardens and dog parks, a bar, and private access to the Whole Foods store and coffee shop on the ground level. 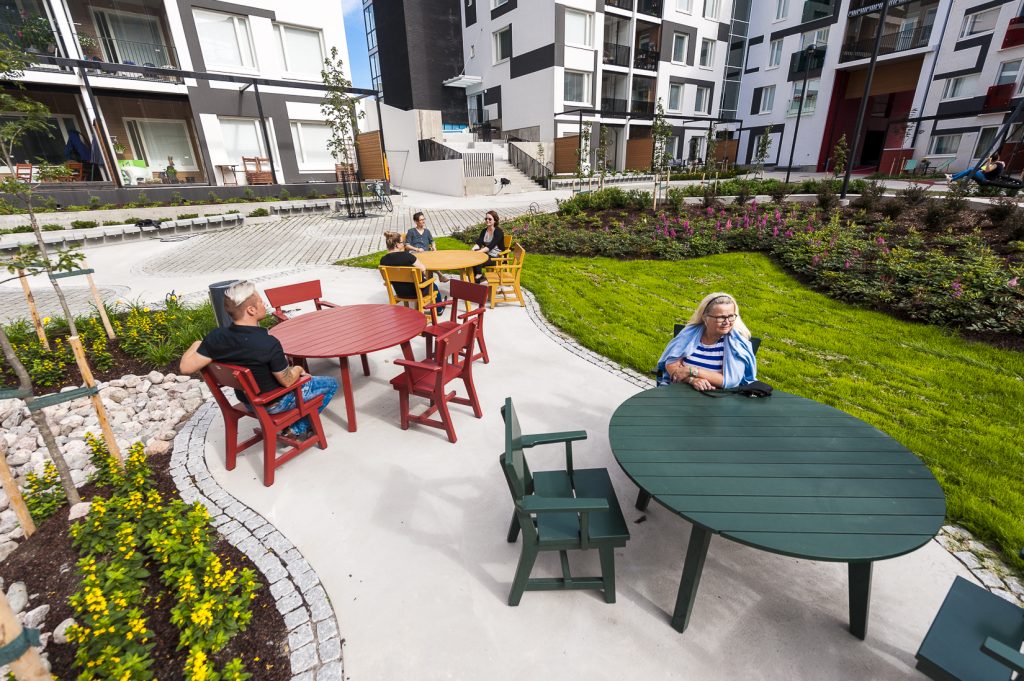 Economics and Flexibility in Future Housing

Wage stagnation and increased housing prices mean the traditional model of owner-occupier housing is being challenged. Today, architects are designing residential units that are flexible so that as families expand, they can increase their living space within their current building without needing to move to another area. Superlofts is a project that creates buildings where the outer shell is built independently of the inner flexible units. Residents have a high degree of autonomy in choosing how their apartments develop and can adapt and increase their dwellings as needs arise. At an individual family home scale, buildings such as Unifamiliar, by architects Rafael Arana Parodi, Carlos Suasnabar Martínez, Amed Aguilar Chunga, and Santiago Nieto Valladares is a flexible housing unit with a central core of kitchen and bathroom facilities that can have a number of additional rooms added to it as the family grows. 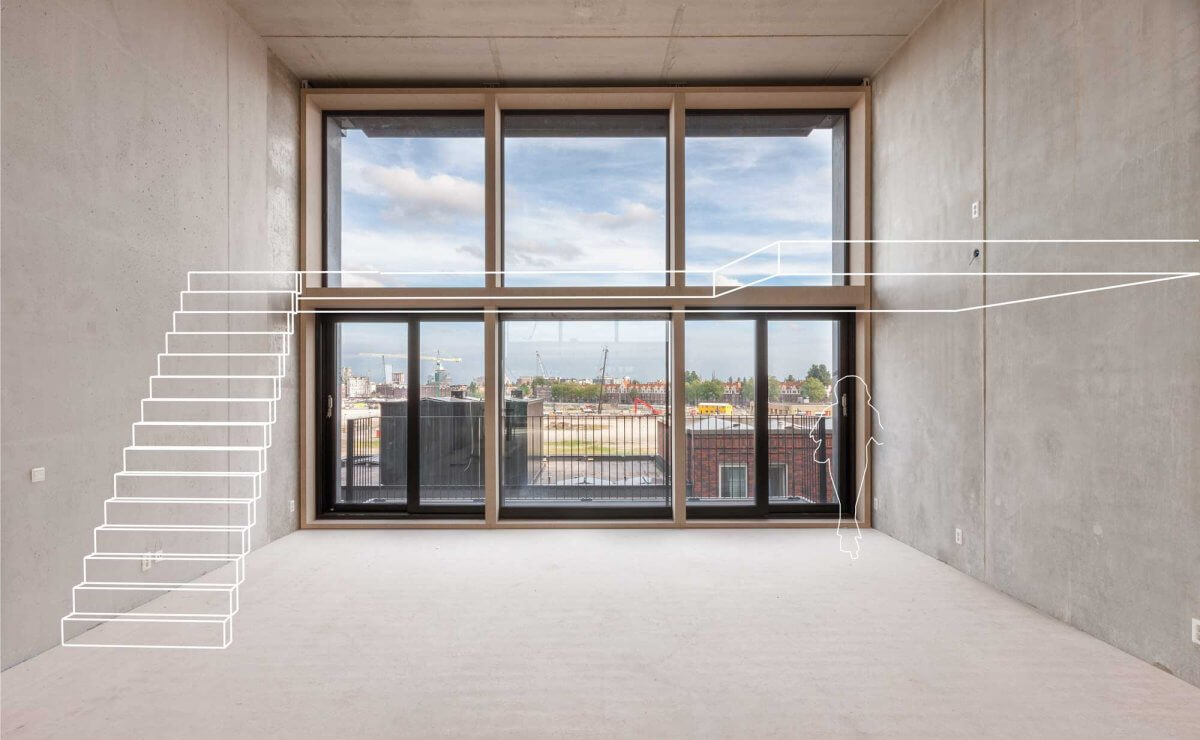 There is a current trend for the decentralization of urban green space. With many new districts tending towards many smaller pocket parks, over one larger centralized park. The same trend is also true of semi-private and communal green spaces in mixed-use developments. Projects like Via Verde by Grimshaw Architects and Dattner Architects incorporates the defining feature of a 40,000 square foot (3,700 m2) garden that winds its way through the development, including roof terraces and shared fruit trees, encouraging healthy living. 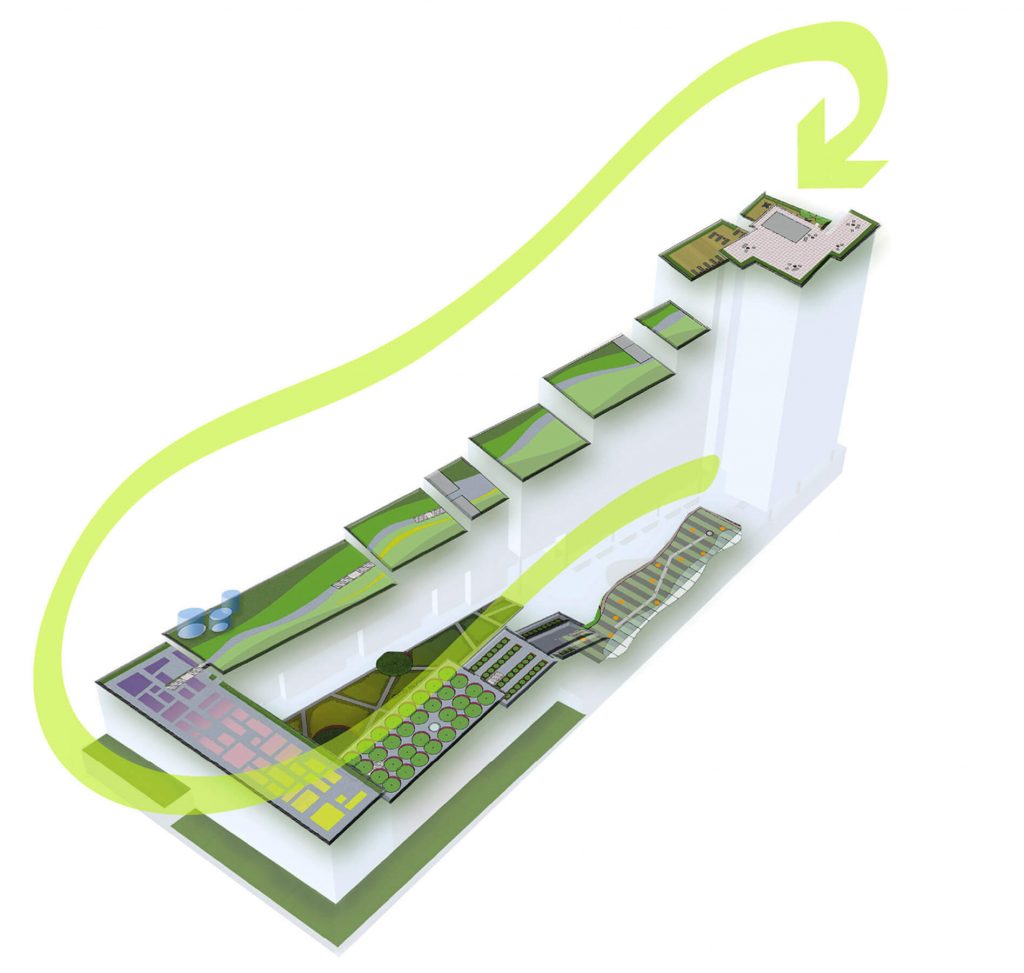 Increased population, rapid urbanisation, and changes in lifestyle mean that there is increased pressure on our urban centres to become denser and provide a greater variety of functions at an increasingly local scale. Aspirations for greater sustainability require our cities to adapt to a less car-centric viewpoint with a greater emphasis on local living and walkability. Future housing solutions need to be flexible and adaptable in order to cope with these increasing pressures. New technologies allow our homes to be smarter. However, developments in housing design have only just begun to catch up with these influences. By including flexibility, adaptability, an increase in communal spaces, and increased shared green open spaces, we can meet the needs of future generations in an evolving city.